As a keen runner, Anthea Turner has seen first hand the blight caused by litter louts in Britain’s public parks.

Now the former Blue Peter presenter is backing the Great British Spring Clean after becoming ‘obsessed’ with tackling the dumped waste she has seen strewn in Battersea Park, south-west London.

Councils nationwide have reported an ‘epidemic of litter’ as people have escaped their homes during the pandemic to flock to parks. This has led to extra clear-up costs running into tens of thousands of pounds. 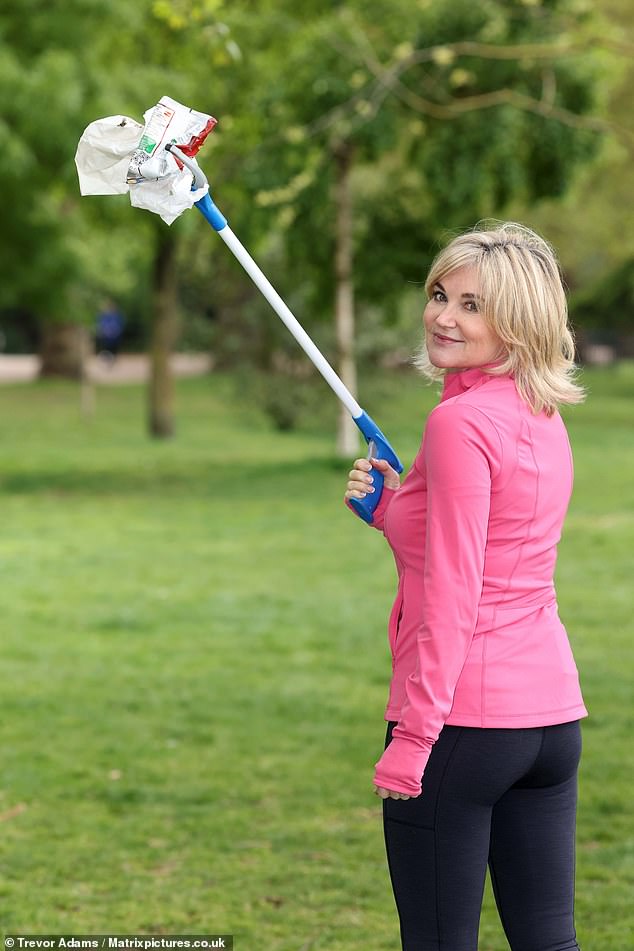 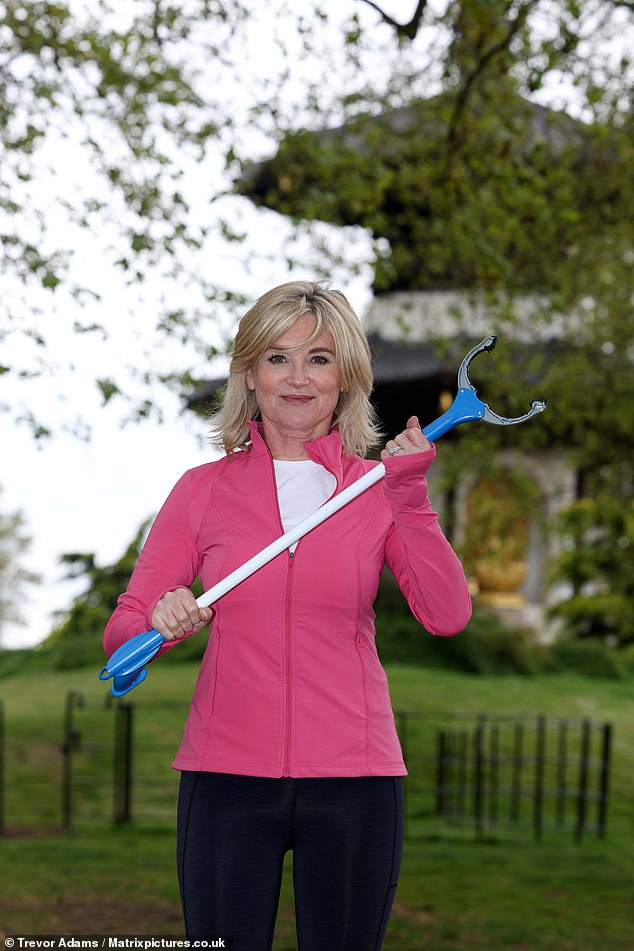 Miss Turner, who also hosted Top of the Pops and former breakfast show GMTV, urged everyone to join the Great British Spring Clean, which is organised by Keep Britain Tidy and backed by the Daily Mail

Staff in London’s Royal Parks, such as St James’s Park and Kensington Gardens, spend over 11,000 hours a month collecting more than 250 tonnes of rubbish – the weight of 20 London buses.

Miss Turner, 60, who lives in Chelsea, said: ‘I’m obsessed with litter. It is ingrained in me from what my Mum taught me: never to leave litter, not even a sweet wrapper. But I run or walk my dog in Battersea Park most days and at weekends especially the litter is disgusting.

‘It is so appalling that I have been taking photos of it. I was talking to a chap, born and bred in Battersea and working in the park all his life, and he was taking a second lorry load of litter out of the park.

‘He said he had never seen the park as bad as in recent years and it is getting worse.’

Miss Turner, who also hosted Top of the Pops and former breakfast show GMTV, urged everyone to join the Great British Spring Clean, which is organised by Keep Britain Tidy and backed by the Daily Mail.

So far, 112,800 volunteers have pledged to clean a staggering 649,651 miles of Britain’s beaches, streets and countryside. The drive starts on May 28 and will finish on June 13.

She said: ‘I am sure that going to the local park and finding bins overflowing is a problem that many Daily Mail readers recognise all around the country. Parks have been the saviour of all of us during Covid. 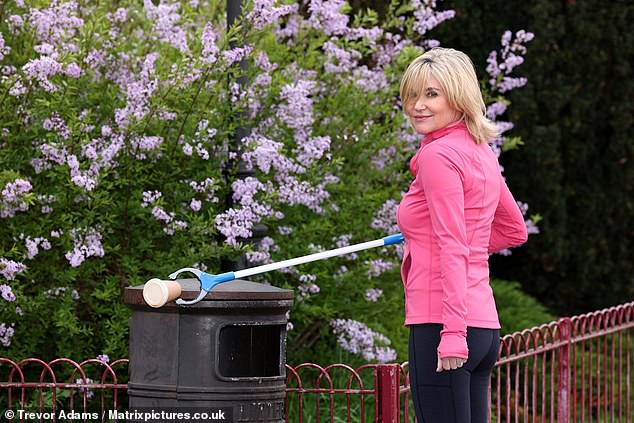 ‘But if the bin is full, don’t leave litter by the side of it. Go and find a bin that is empty or take it home with you.’

A Keep Britain Tidy survey of more than 100 local authorities found that 81 per cent have had to spend more on clearing litter during the pandemic.

And park managers in the capital have described a ‘never-before seen level of littering’ at Hyde Park, Richmond Park, Greenwich Park, Bushy Park and Kensington Gardens. They also warned that animals can die after eating discarded items.