Police are stepping up their hunt for the killer of an "honest and hard-working" young tradie who was shot in the head inside a suburban Melbourne home as a result of a dispute police believe he had no part in.

Adrian Pacione, 20, was visiting a friend in Ella Court, Lalor, on July 18 to support them after the death of a family member when a number of men tried to force their way into the house just after 10.30pm, investigators say. 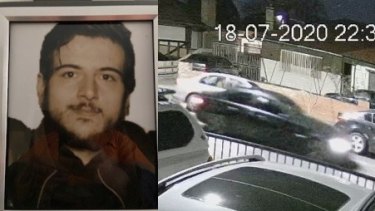 Homicide Squad detectives are still trying to find those behind the death of third-year apprentice Adrian Pacione earlier this year.

When they couldn't get in, at least one man in the group fired multiple gunshots into the house. One shot struck Mr Pacione in the head.

The third-year apprentice was taken to hospital but died two days later.

Three other men who were in the house at the time of the shooting were not harmed, while the men responsible left the scene in a dark coloured car.

Police have now released CCTV footage of the car driving along Mount View Road shortly after the fatal shooting. 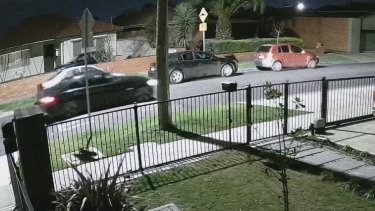 This car was last sighted heading south along Mount View Road in Lalor.

"This is the opportunity for those men to come forward and speak to police."

Police are also keen to hear from anyone who has extra information about about the shooting, or who lives in the area and may have seen the car or have dashcam or home security footage that could help the investigation.

"Adrian’s death is a tragedy in every sense of the word and I’m urging anyone who does have any information about those responsible to come forward," Detective Stamper said.

Anyone with information is urged to contact Crime Stoppers on 1800 333 000 or submit a confidential report online at www.crimestoppersvic.com.au.