Aldi has gained 1.5 million extra customers as bosses continue to pledge prioritising lower prices amid a ‘worsening’ cost-of-living crisis for millions of households.

Profits for the supermarket chain slumped significantly last year after the firm witnessed rising costs and invested in pricing.

But bosses have promised they will continue to prioritise lower prices for their shoppers over short-term profits – and the chain has gained 1.5 million extra shoppers compared with last year.

‘Preserving our price discount and rewarding our people will always be more important to us than short-term profit,’ Giles Hurley, chief executive of Aldi UK and Ireland, said.

‘Being privately owned means we can keep our promises even when times are tough.’ 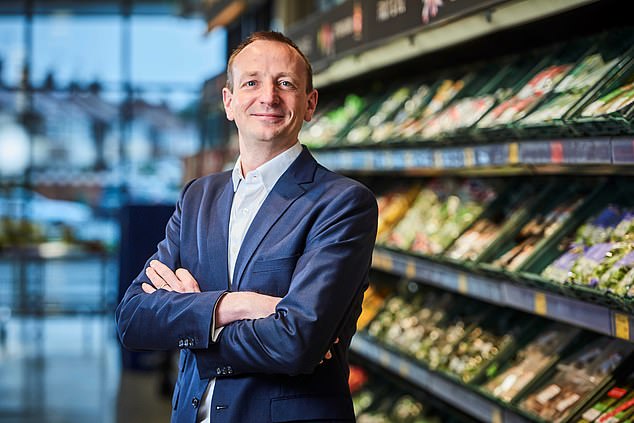 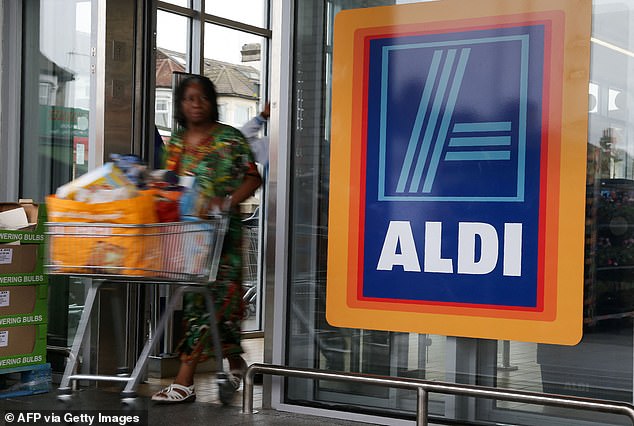 The supermarket also promised it will have the ‘lowest grocery prices in the UK’ as it seeks to support customers facing surging energy and fuel costs.

Aldi has seen a continued growth in customer numbers over the past year as shoppers have sought to keep their grocery bills low.

Earlier this month, Aldi overtook Morrisons as the UK’s fourth largest supermarket as a result, according to experts at Kantar.

The retailer saw sales increase by 18.7% over the 12 weeks to September 4, compared with the same period last year.

It also said it has added 1.5 million extra customers compared with last year as people seek out its discount proposition. 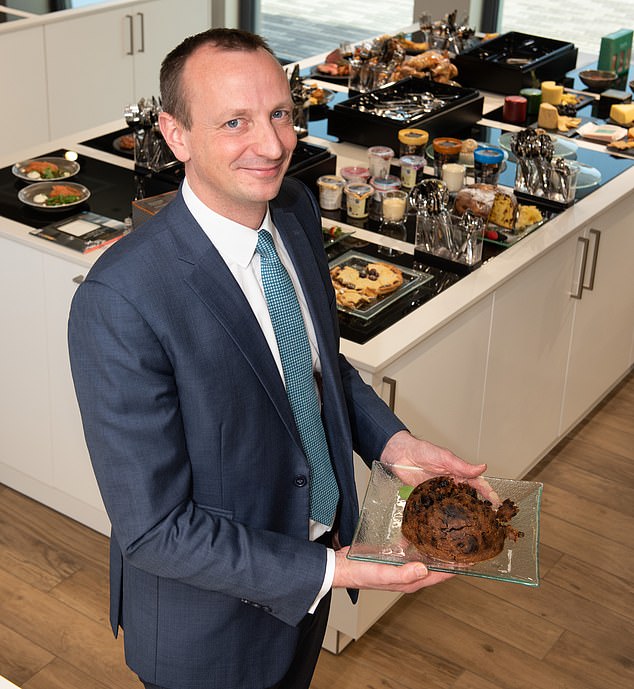 Mr Hurley said: ‘The cost-of-living crisis is worsening and it’s being felt by millions of households across the UK.

‘It’s in times like these when our customers rely on us the most, which is why we’re focusing on continuing to deliver our longstanding price promise by offering the lowest possible prices in Britain, every single day.’

Aldi also confirmed that it will open 16 new stores over the next 12 weeks as part of its ongoing £1.3 billion expansion plan.

This comes as research showed household savings have more than halved since the start of the year as families are having to dip into their savings to cover soaring energy bills and the weekly food shop. 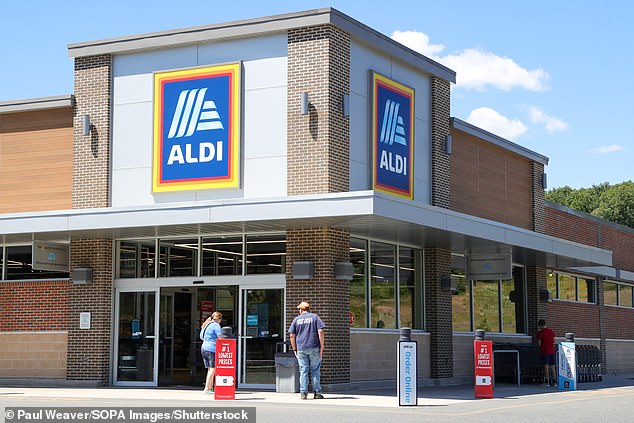 Aldi also confirmed that it will open 16 new stores over the next 12 weeks as part of its ongoing £1.3 billion expansion plan (file photo)

The cost of food, energy and mortgage repayments have risen £145.50 for the average UK household so far this year, according to research from accounting firm KMPG.

It means families are having to fork out nearly £1,800 extra to cover their bills across the year amid concern that prices could rise further yet.

A survey found costs had risen £194.40 per month since January for people aged between 35 and 44 – higher than any other age group.

And of those who had savings going into 2022, they now only have 43 per cent left, The Times reports .

Of the 3,000 consumers involved in the research, around a third said they are having to use their savings just to help pay for essential costs. A further 10 per cent also revealed they are using all of their savings to get by.