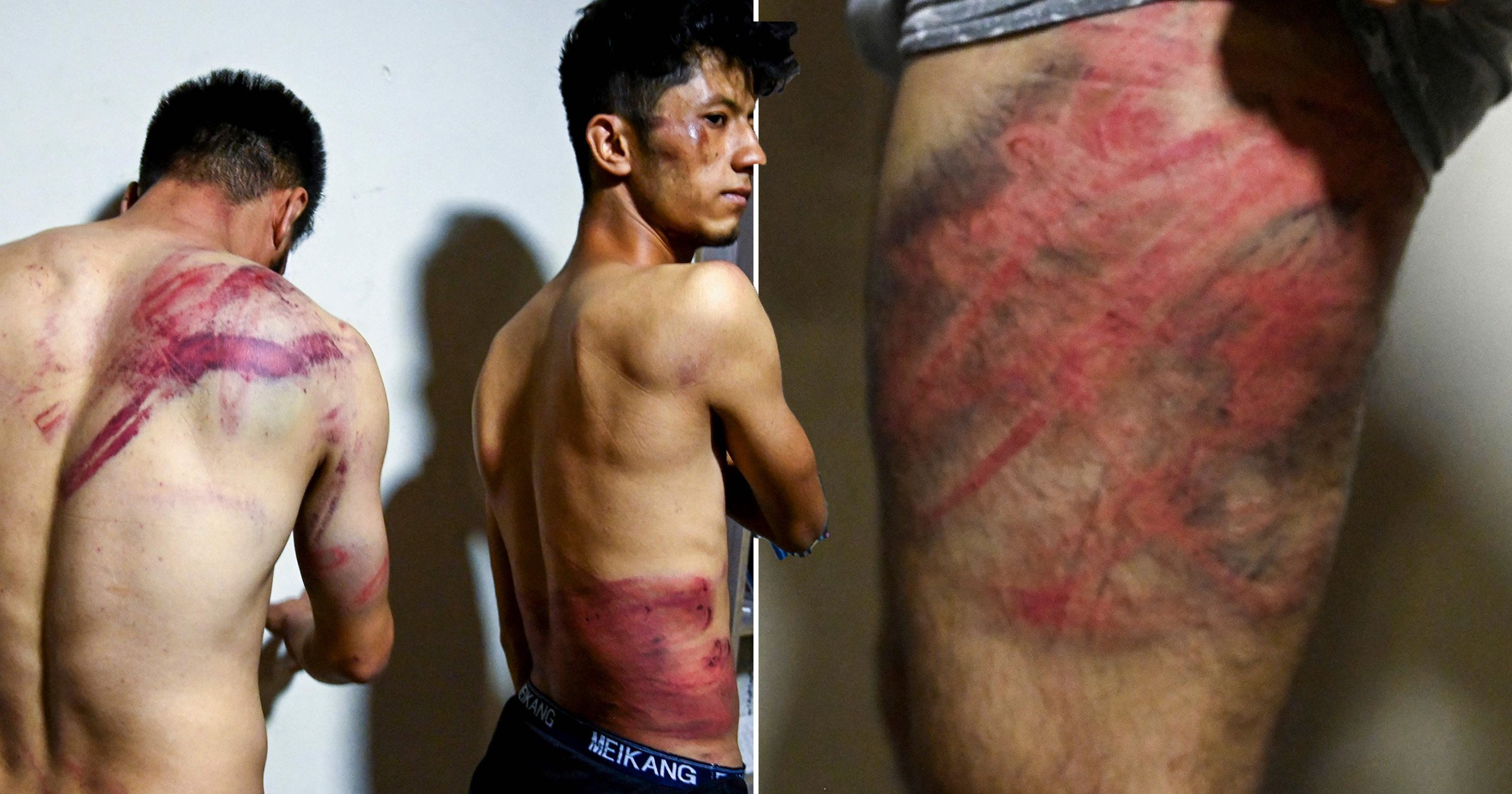 Two journalists in Afghanistan have said the Taliban arrested them and brutally beat them up for just doing their jobs.

Protesters took to the streets in Kabul on Wednesday after the Taliban announced its new cabinet, which does not have a single woman in it.

Neamat Naqdi and Taqi Daryabi, who work for the local Etilaat Roz newspaper, were covering the demonstrations when they were ‘arrested, insulted and kicked’.

Mr Naqdi says he was told: ‘You are lucky you weren’t beheaded’.

He and his colleague were released a few hours later with bloodcurdling wounds on their backs, thighs and faces.

Mr Naqdi was apparently arrested when he started taking pictures of the protest and Taliban fighters told him he ‘cannot film’.

‘They arrested all those who were filming and took their phones,’ he told the international news agency Agence France-Presse (AFP).

Although Mr Naqdi managed to hand his camera to someone in the crowd before anyone could grab it, the journalist said three Taliban fighters got hold of him and took him to the police station.

Fighters from the militant Islamist group apparently accused Mr Naqdi of organising the protest and then they attacked him.

Mr Naqdi said he was then taken to a cell full of other detainees where he found Mr Daryabi who had also been arrested while reporting on the unrest.

‘We were in so much pain that we couldn’t move. They see us as enemies,’ Mr Daryabi said.

It comes as the Committee to Protect Journalists (CPJ) called on the Taliban to ‘immediately cease detaining journalists in Afghanistan, end the use of violence against them, and allow the media to operate freely and without fear of reprisal’.

The press freedom watchdog issued a statement after at least 14 reporters were detained and released by the Taliban over Tuesday and Wednesday. No less than six of these people were subjected to violence while being detained.

This has all happened despite the Taliban previously promising the free and independent media would be allowed to continue to operate safely in Afghanistan.

The Etilaat Roz ‘s chief Zaki Daryabi said: ‘This official speech is totally different from the reality that can be observed on the ground.’

The Taliban has not responded to repeated requests for comment from AFP.