This is the hilarious moment a swan swimming in an artificial surfing lagoon gives up fighting the current and instead rides the waves.

The bird was seen floating in the new £25million inland lake at Easter Compton, Bristol, which boasts an impressive wave machine.

At first the elegant creature paddles frantically against the wash and tackles the waves head-on.

But after making little progress, it allows itself to be scooped up by the curling surf – before being unceremoniously dunked. 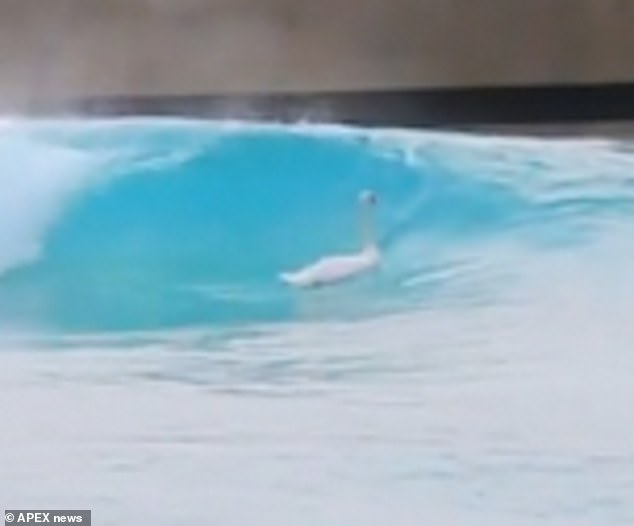 The swan tackles the waves head on at the new £25million inland lake at Easter Compton, Bristol, paddling frantically to get up and over the crest

The bizarre footage was captured by staff at The Wave, which will open its 590ft long freshwater surfing experience in November.

In the video, the swan is seen floating in the middle of the 656ft wide channel, which is testing out its artificial wave generator.

A rolling surf rumbles through the water, with each crest about 10 seconds apart.

Initially, the swan noses into the wave head-on and scrabbles its webbed feet to climb up the wave before dipping over the top of the crest.

The second time, it turns around to face away from the wave, appearing as though it is positioning itself to catch the surf. 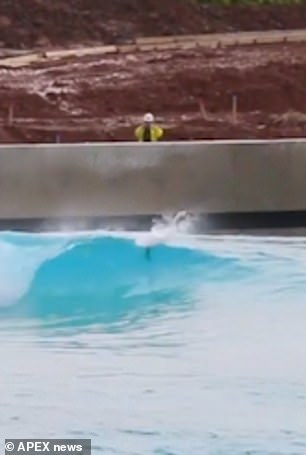 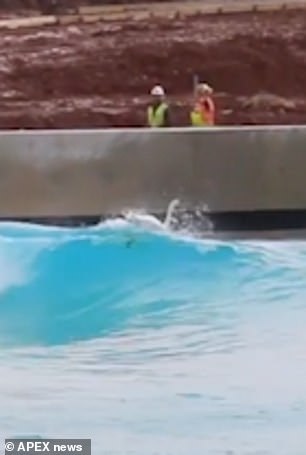 But at the last minute, it backs out and spins to face it, again going over front-facing.

However eventually it gives up fighting the surf and turns away from the waves.

As one approaches, it paddles quickly to gather momentum before it is picked up by the wave and rides to the top of the crest.

But this surf was short-lived, for the swan lost balance and tumbled from the crest, crashing down sideways into its wake. 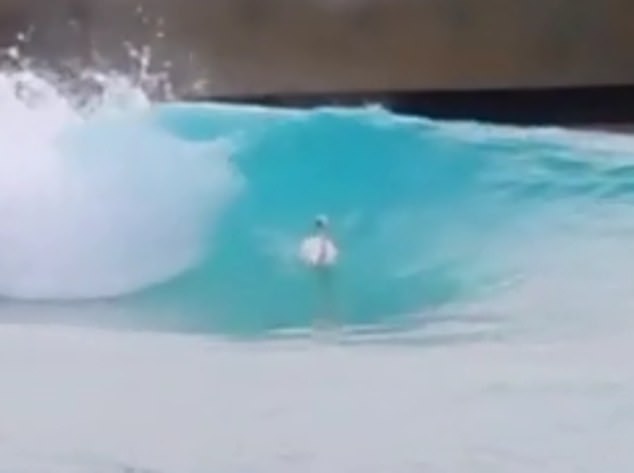 Eventually it gives up fighting the surf and turns away from the waves, positioning itself to ride it