For more than a century, it lay forgotten at the bottom of the ocean.

But now a bottle of stout discovered near the site of a 19th century shipwreck will finally be returned to the Scots brewery where it was produced in 1868.

The bottle was discovered by diver Jim Anderson close to where the ill-fated clipper The Light of The Age foundered near Melbourne, Australia, 150 years ago on a voyage from Liverpool.

Mr Anderson made the discovery in the 1970s and, finding it recently in his basement, noticed a Wellpark Brewery stamp. 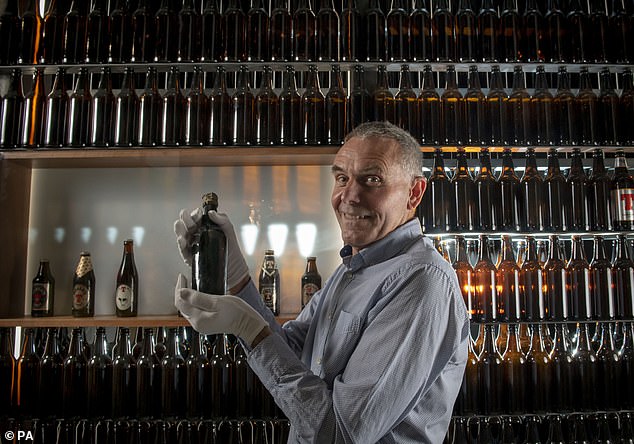 Diver Jim Anderson holding up a 150-year-old bottle of Tennent’s stout, which he discovered as part of a shipwreck off the coast of Melbourne in the 1970’s

After contacting the brewery, he was given permission to bring the bottle back to Glasgow, where it will feature in a new £1 million visitor centre built to tell the story of Tennent’s Lager.

The stout pre-dates Tennent’s Lager but was made in the Wellpark Brewery that went on to create the famous Scots tipple.

Although the years will have rendered the stout undrinkable, the brewery are planning on recreating the 150-year-old stout using old recipes. 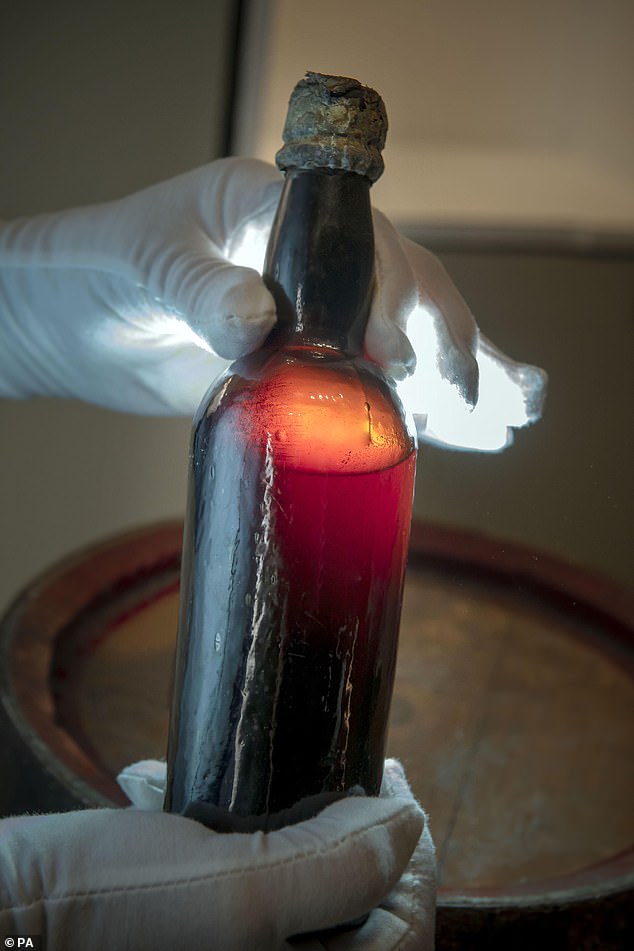 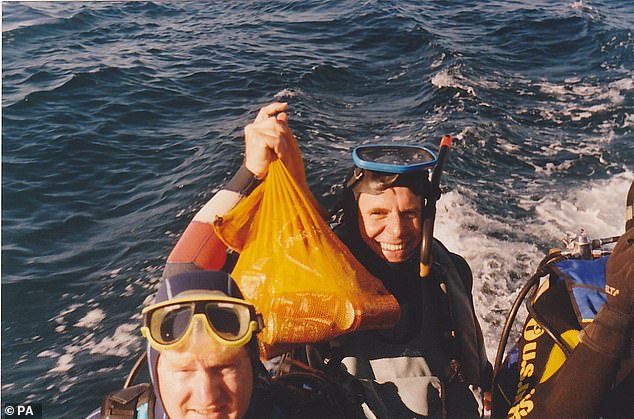 Jim Anderson, who discovered a 150-year-old bottle of Tennent’s stout from the wreck of the clipper ship, The Light of the Age

At the time, Wellpark was the biggest exporter of bottled beer in the world and the shipwrecked bottle is thought to be one of the oldest in Britain.

Mr Anderson, 72, has travelled to Scotland with his wife Jan for the opening of the Tennent’s Visitor Centre on November 22.

He said: ‘I found it on a dive in the 1970s, photographed it, and put it in my basement along with other things I’d salvaged from wrecks from those days.

‘It was there for years, and it wasn’t until I found the old photographs when I was looking through an old book earlier this year. 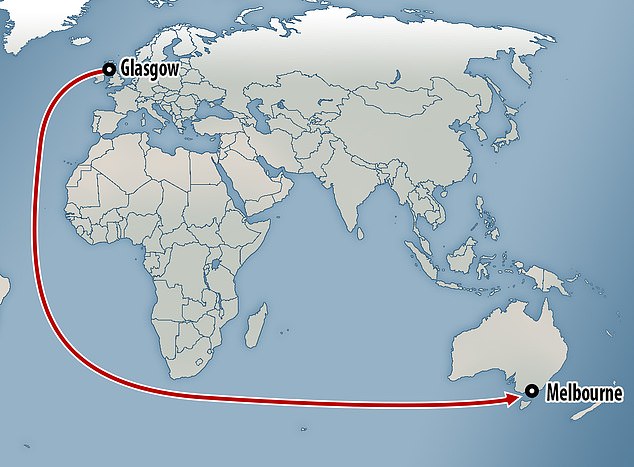 The 150-year-old beer bottle made the 17,000 kilometre trip to a beach near Melbourne 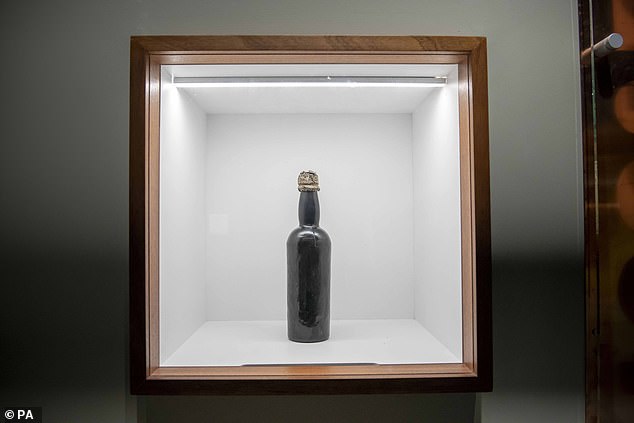 The 150-year-old bottle of Tennent’s stout, proudly on display in the Glasgow visitor centre 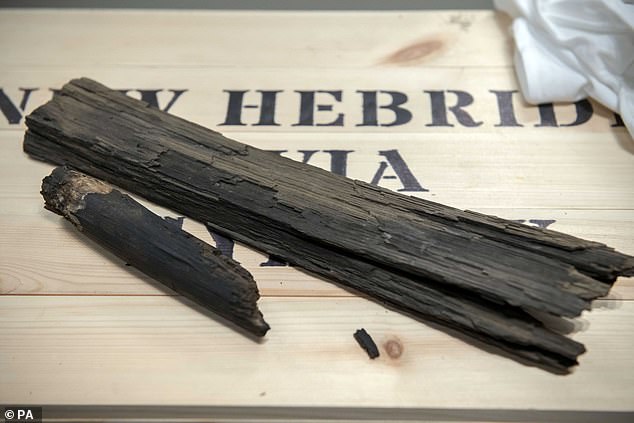 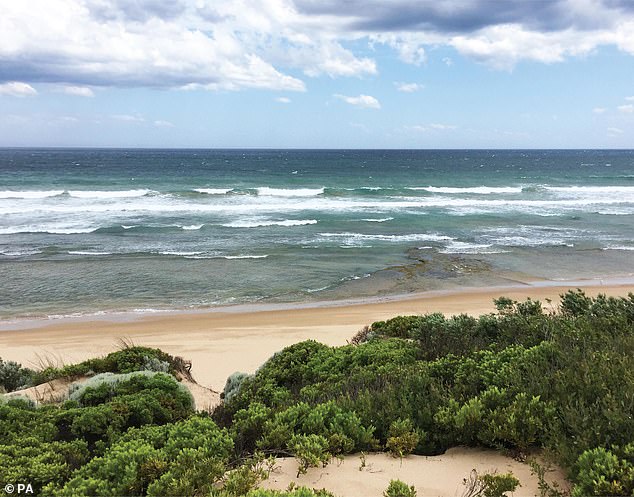 Port Phillip Heads, near Melbourne, the Light of the Age wreck site where diver Jim Anderson discovered the 150-year-old bottle

‘I could see the inscription Wellpark Brewery on it, and I set about finding where that was. I found out it was in Glasgow, and I contacted Tennent’s to see if they were interested in the bottle, which they were, and I was delighted.

‘It took a bit of clearance to get it to Glasgow because artefacts are protected in Australia and we need special authorisation for things like this to leave the country. I sought all that, and it’s amazing to see it back where it started, 150 years later, metres from where it started its journey.’

He added: ‘This little bottle is a reminder of the historic connection between Australia and Scotland, too. I hope people enjoy seeing it and think about those days and the distance it travelled before I found it. It has come home and brought me with it.’ 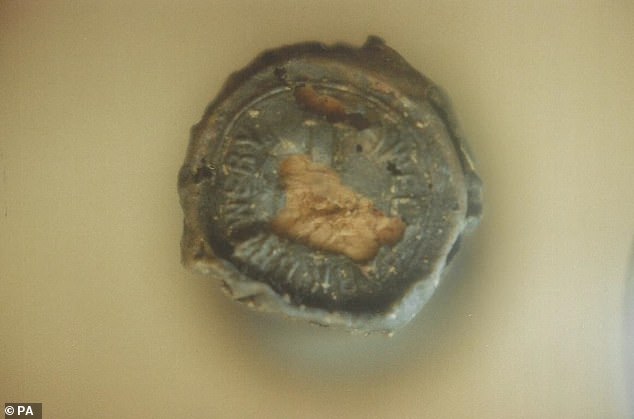 ‘I could see the inscription Wellpark Brewery on it,’ the diver said. Inscription shown on the cap 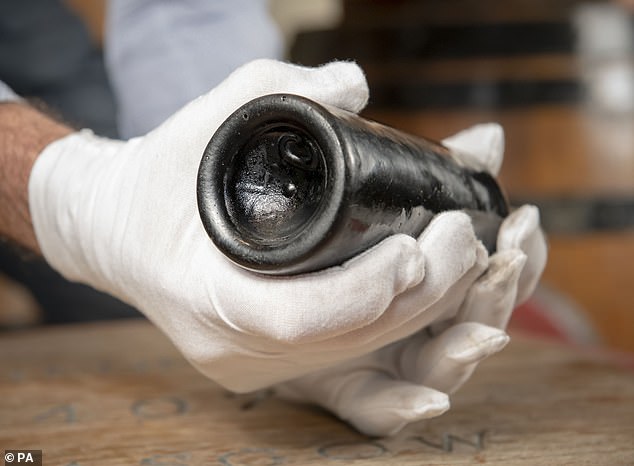 Tennent’s bosses say the new visitor centre at its Wellpark Brewery will tell the history of brewing in the area from the 1500s through to the present day.

To mark the shipwrecked bottle’s homecoming, Tennent’s brewers have gone back through old recipes in order to recreate a commemorative-edition run of the stout.

Group brand director Alan McGarrie said: ‘The Tennent’s Story tells the incredible story of brewing on the Wellpark site, which dates way back to 1556.

‘The fascinating story of the shipwrecked bottle, and the captain who ran his boat aground, is just one of the exhibits on show as we explore the past, the present and the future of Tennent’s.

‘Pre-dating Tennent’s Lager, which was first brewed in 1885, the stout is one of the oldest bottles of beer in Britain, returned to Wellpark by the diver who found it.

‘Unlike the drunken captain who ran his ship aground close to Port Phillip Heads, Jim has ensured his historic cargo reached its final destination – by flying round the world to put it in place himself.’ 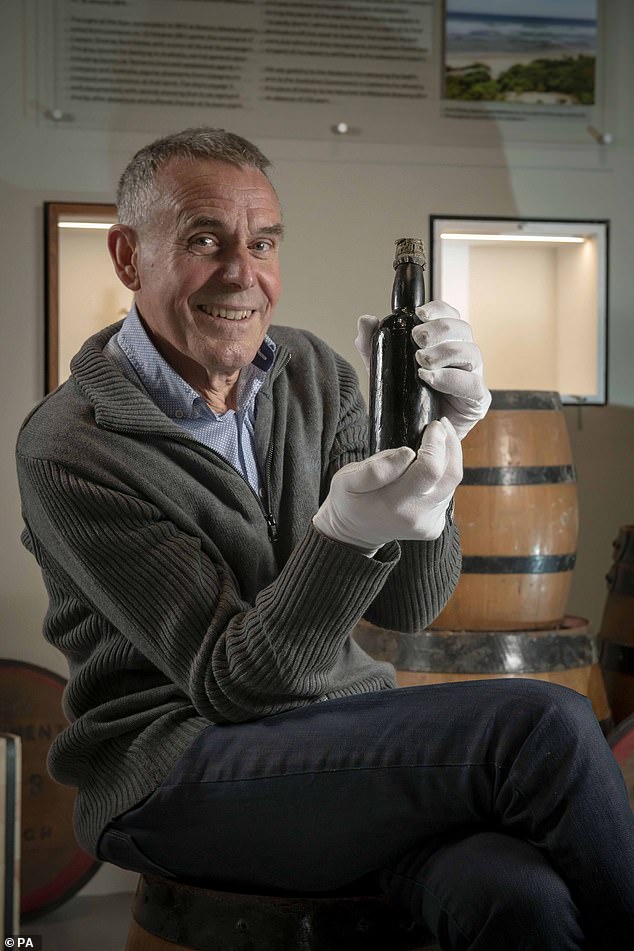 To mark the shipwrecked bottle’s homecoming, Tennent’s brewers have gone back through old recipes in order to recreate a commemorative-edition run of the stout (original bottle shown)

Ill-fated end of the Light of the Age

The Light of the Age left Liverpool with an expensive cargo along with 42 people and beer from Wellpark Brewery. The voyage didn’t start well, and it certainly didn’t end well either.

Shortly after leaving Liverpool on 13 October 1867 the ship grounded at Blackwater Bay while being tugged by a steamer, an inauspicious start to a disastrous journey.

On the 9th December 1867 while off the Cape of Good Hope, two masts were lost when an important bolt broke, severely injuring one seaman and causing three seamen to be lost overboard and drowned as they were furling the the royal masts.

Scandal was abound on the deck, too. In a later inquiry into the ship’s failing it was alleged that the ship’s captain, a Mr Porter, was drunk before the clipper even left Liverpool.

His stupor continued and as his men cleaned up the devastating mess of the drama of the masts failing – and the resulting deaths – he stayed confined in his cabin in a drunken state. It was even alleged by a passenger on the ship that he had an ‘improper relationship’ with another female passenger.

The inquiry also found that captain Porter was drunk when landfall was made. Landfall was also made ‘much too far southward’ to where the ship should have been.

What came next was panic. The ship was heading for land as the occpants slept. The captain was summoned from his bed, it was all hands on deck because the ship was ‘heading right in to the land’.

The rescue mission continued throughout the small hours after the ship sounded its guns to attract attention.

What also attracted attention was the ‘stupidly drunk’ captain and a whole host of other drunken mates. All the people and some of their luggage were saved as the Light of the Age met its end.

Two days later the wreck was sold in Melbourne ‘for a few pound’ and in the course of a few days the Marine Board investigated the cause of the wreck and decided to cancel the Captain’s certificate.

As well as cancelling Captain Porter’s certificate the Board also commented severely on the carelessness of the ship being supplied with incomplete charts and not furnished with lifeboats.

The site of the Light of the Age was found by divers in late 1960s, and soon became a popular diving site.

The contents were probably so well preserved because of a ‘concrete cap’ that hardened over the wreck, preserving it.

In 1982 this situation was drastically changed when someone used explosives to further break concretions. However the charge was too powerful resulting in the site’s complete destruction and the remaining items to become scattered and broken.

The site today consists of the remains of a winch, iron fittings and mastbands, and an approximately 30m square scatter of crockery with various designs and patterns, slate, glass and coal, concretions and even remains of rope, in a sandy gutter between two reefs running parallel to the beach. The anchor lays on a reef nearby.