Millions of termite mounds believed to be nearly 4000 years old were discovered in a remote Brazilian forest, according to researchers. 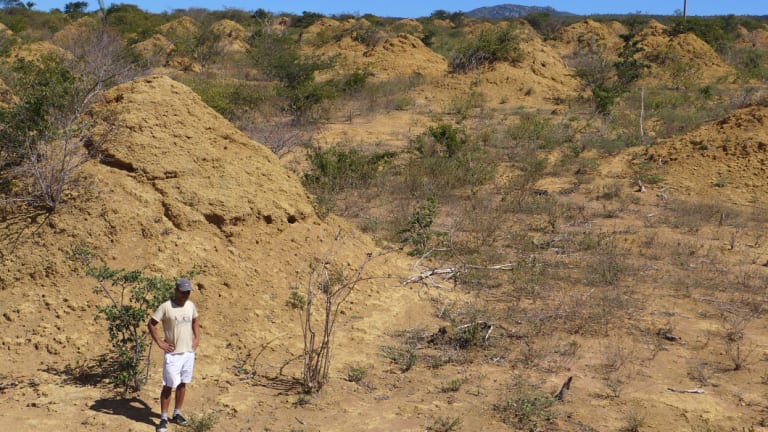 A vast field of termite mounds, now estimated by ecological researchers to number some 200 million, in a remote area of northeast Brazil.Credit:New York Times

There are about 200 million of them spanning across an area the size of Great Britain in Northeast Brazil, scientists estimate in research published in the journal Current Biology. Some of the cone-shaped mounds are as tall as 3 metres and as wide as 10 metres.

A single termite species is responsible for the massive network of tunnels that excavated enough soil to build 4000 great pyramids of Giza, Stephen Martin of the University of Salford in the UK said in a statement. Some of the mounds are still actively used by termites.

"This is apparently the world's most extensive bioengineering effort by a single insect species," Roy Funch of Universidade Estadual de Feira de Santana in Brazil said.

While some reports say the mounds can be viewed from space, Funch told said that's an overstatement. They can, however, be easily viewed on open source satellite images, including Google Earth.