Rescuers save another 300 desperate migrants from tiny boats as they try to join the 35,000 who have already made trip from Africa to Spain this year

Spain’s maritime rescue service says it has saved over 300 migrants attempting the perilous crossing of the Mediterranean Sea this weekend.

Spain has become a leading entry point for migrants and the human trafficking rings that help them reach European shores. According to the United Nations, 34,994 migrants have arrived to Spain this year. 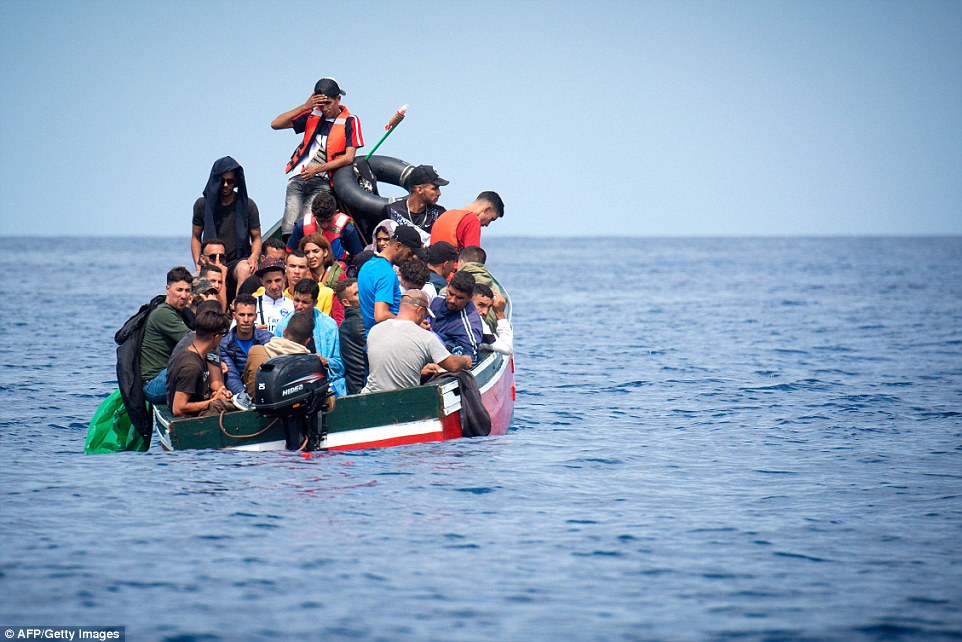 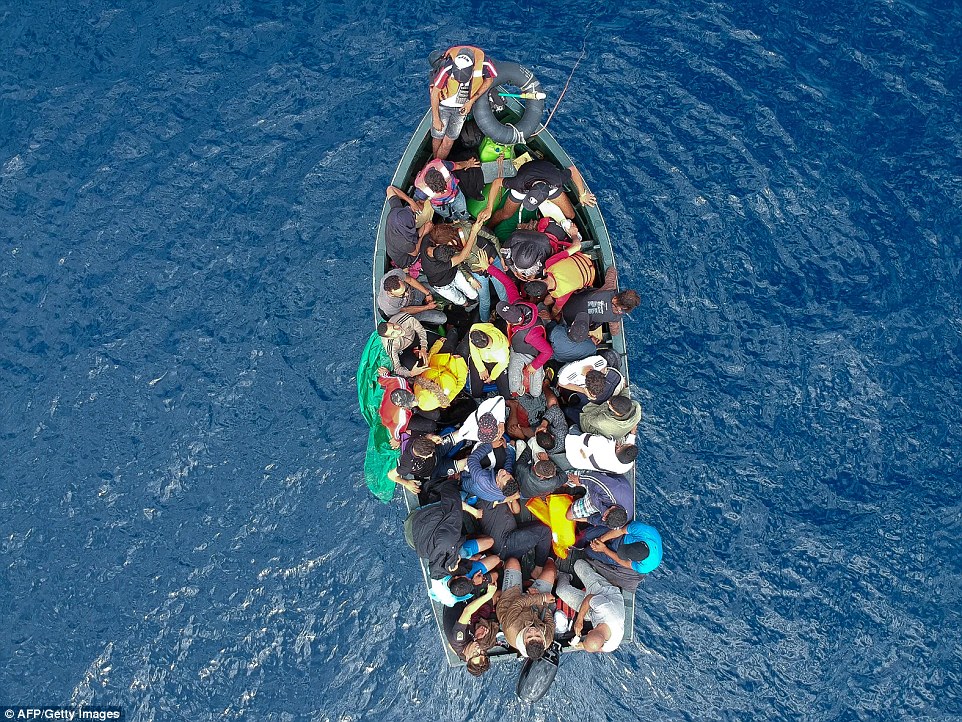 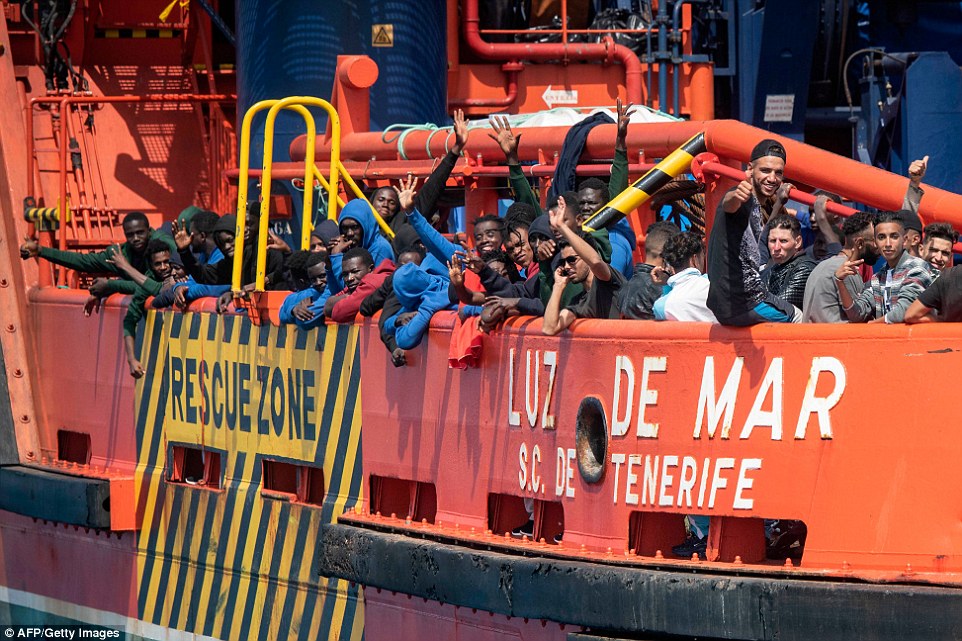 Dozens of people crammed into the tiny boats were rescued by the Spanish Guardia Civil and the Salvamento Maritimo, Spain’s maritime safety and rescue society, while trying to get to dry land in Spain

A total of 33,195 illegal migrants had entered Spain as of the end of August 2018, Interior Ministry data shows. This is more than double the number for the same period last year.

The number of arrivals is down sharply from the peak in 2015, when 1.02 million entered Europe via the Mediterranean.

Recently there has been a sharp increase in the use of a Morocco and Spain route.

However most of the crossings last year were from Libya or Tunisia into Italy, by the ‘Central Mediterranean’ route, says the EU’s Frontex border agency. 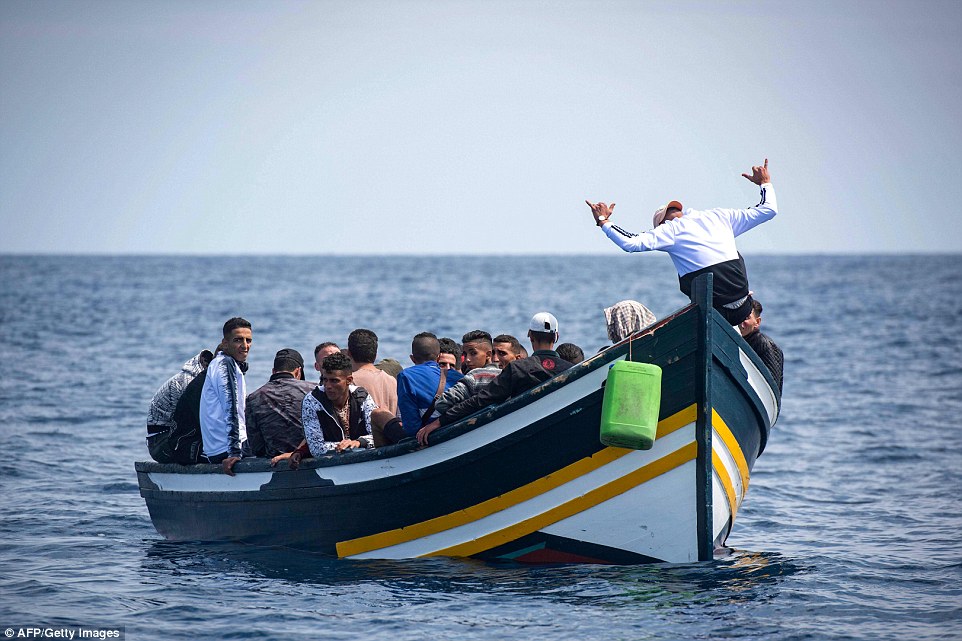 According to the United Nations, 34,994 migrants have arrived to Spain this year. The country has seen a steady increase in arrivals this year and has overtaken Italy as the preferred destination 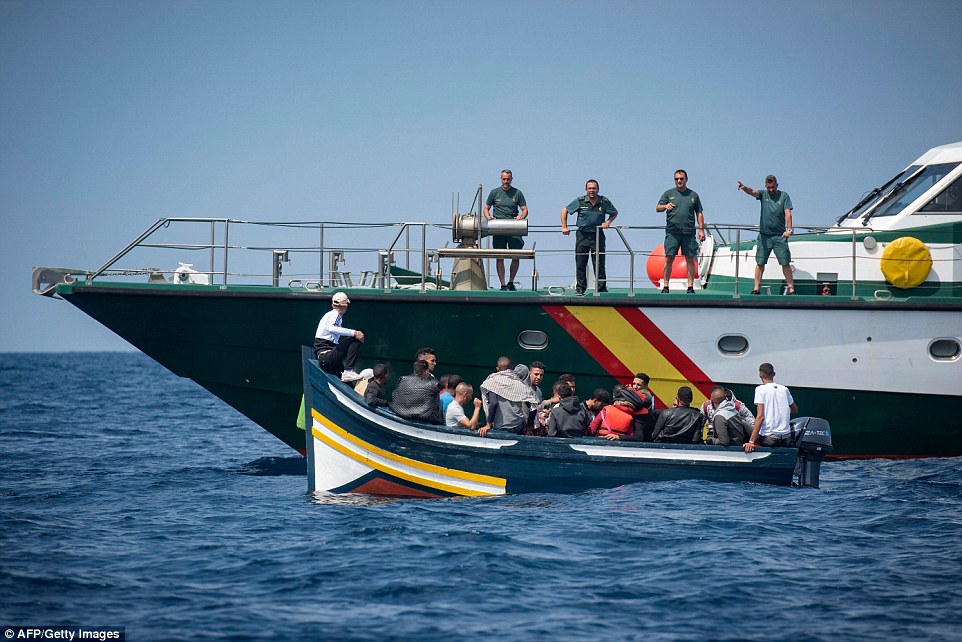 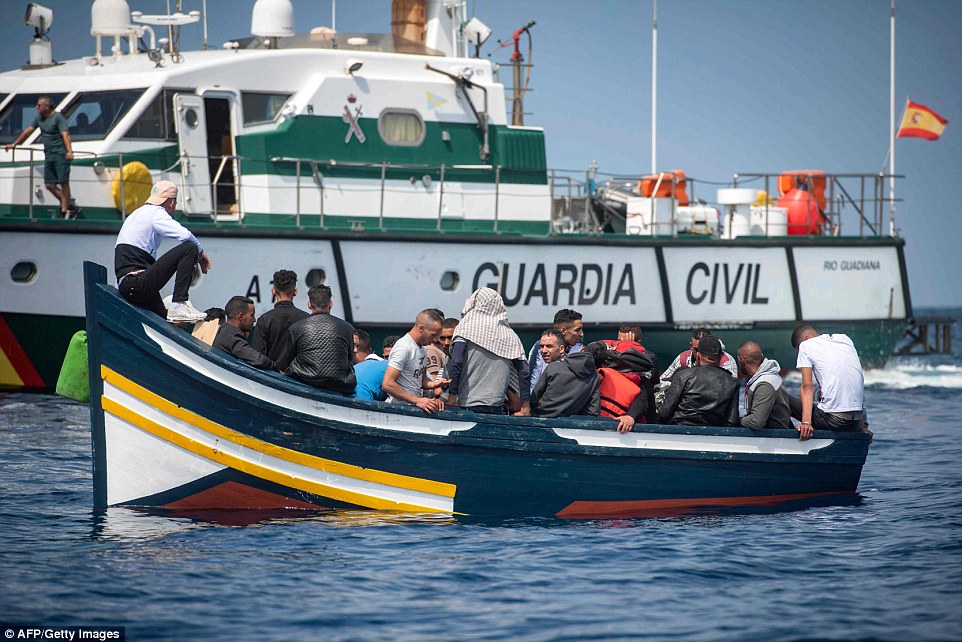 A total of 33,195 illegal migrants had entered Spain as of the end of August 2018, according to Interior Ministry data 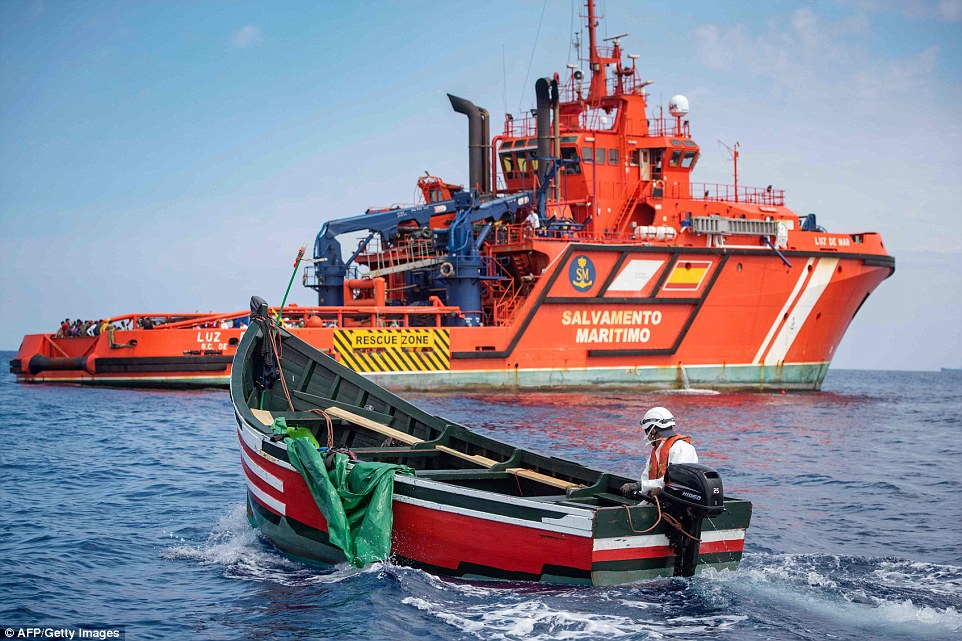 The number of arrivals is down sharply from the peak in 2015, when 1.02 million entered Europe via the Mediterranean

It was used by 118,962 people, mostly Nigerians, Guineans and Ivorians.

But arrivals via this route have plunged 75 per cent since a controversial July 2017 deal between Rome and the Libyan coastguard.

Crossings have also dropped sharply from Turkey to Greece, the ‘Eastern Mediterranean’ route. After close to 900,000 migrants in 2015, Frontex recorded only 42,000 last year, essentially Afghans, Iraqis and Syrians.

The main secondary route into the EU is through the western Balkans into Eastern Europe.

But this path joins up with one used by migrants who have already passed through Turkey and Greece, meaning the actual numbers of new arrivals don’t always add up