Maps that chart the Spanish Armada’s defeat are blocked from leaving Britain in bid to find buyer to stump up £600,000

An export bar has been placed on a collection of 10 maps charting the defeat of the Spanish Armada in 1588 at risk of leaving the UK.

The hand-drawn charts map out the defeat of the ‘Invincible’ Spanish Armada including the decisive battle in 1588.

Though the draughtsman is unknown, it is believed the maps could possibly originate from the Netherlands.

The maps are undated but are believed to have been produced immediately after the battle and are valued at around £600,000 before VAT. 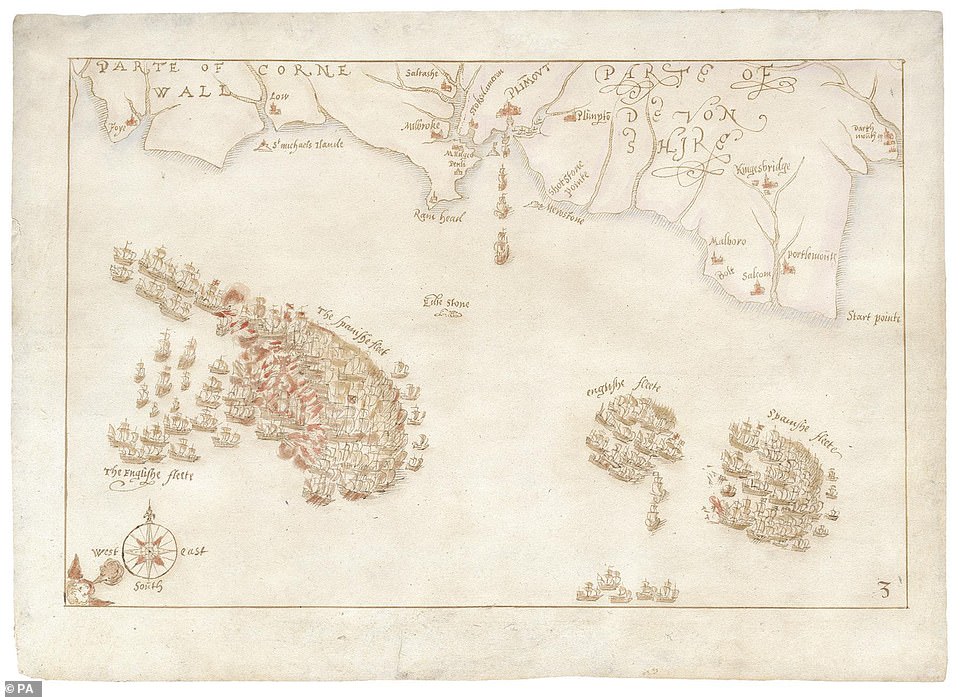 Export bar: One of the 10 maps that have had an export bar placed on them in the hope that a British buyer will come forward and purchase them to keep them in the UK

An export bar has been placed on the maps, meaning that the Reviewing Committee on the Export of Works of Art have deemed them of a high enough quality and to have a sufficiently significant British connection to prevent an export licence being given to a foreign buyer.

While the licence is withheld it is hoped that British buyer will step forward to purchase the maps.

Culture minister Caroline Dinenage said: ‘The defeat of the Spanish Armada is central to the historical tale of what makes Britain great.

‘It’s the story of plucky England defeating a greater foe and helped to create the world we live in today.

‘These incredibly rare drawings are a very important part of the story of our nation and I hope, even in these challenging times, that a buyer can be found so they can be enjoyed by members of the public for generations.’

The Reviewing Committee on the Export of Works of Art and Objects of Cultural Interest noted the works offered a rich resource for the study of the marine painting genre’s development.

Committee member Peter Barber said: ‘Robert Adams, surveyor of the Queen’s Works, and military engineer, was one of the most skilled cartographic draughtsmen of Elizabethan England, the delicacy of his work resembling the finesse of miniaturists such as Hilliard.

‘His maps of the Armada, engraved in significantly amended form by Augustine Ryther, became the official image of one of the most celebrated episodes in English history.

‘Their importance in the creation of England’s historic self-image cannot be exaggerated.

‘They provided the models for tapestries which served as a backdrop for the proceedings of the House of Lords and for nearly 250 years. 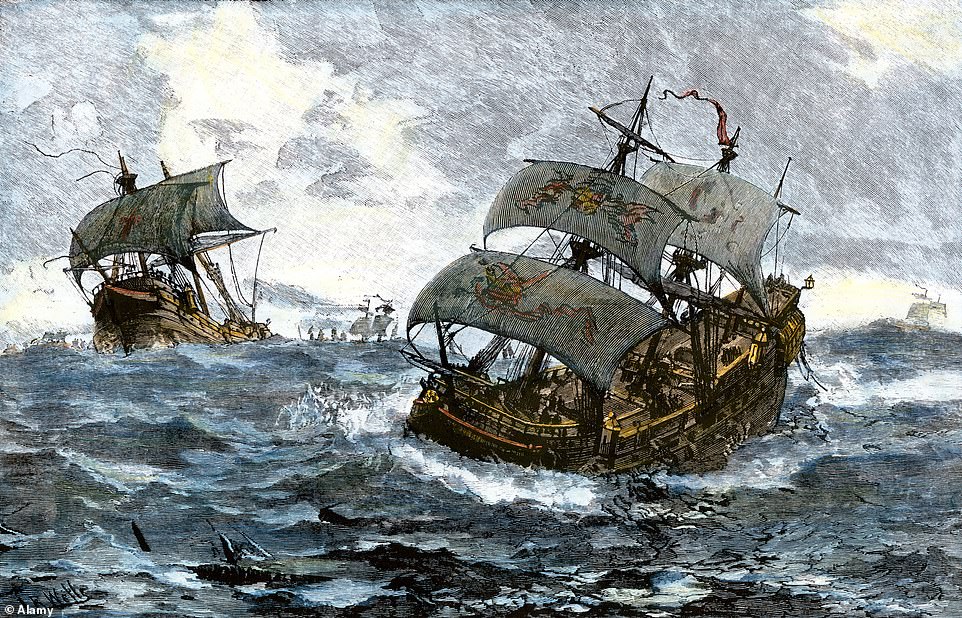 A painting of the retreat of the Spanish Armada in 1588. The English navy utilised better cannons and faster ships to outmanoeuvre and defeat the Spanish vessels (file image)

‘These drawings are as close as one is ever likely to get, in the absence of the originals, to the appearance of Adams’s manuscript maps but there is much fresh information that can be gleaned from them.

‘That they were probably copied, surreptitiously, by a Dutch artist for illicit publication in the Netherlands demonstrates the importance of the defeat of the Armada not only for England but for Europe as a whole.

‘The drawings need to be saved for the nation so that the full story behind the creation of these iconic images can be properly researched.’

The decision on the export licence application for the drawings will be deferred until October 9 2020.

This may be extended until January 9 2021 if a serious intention to raise funds to purchase it is made at the recommended price.

How did Britain defeat the Spanish armada in 1588?

On May 19, the Invincible Armada set sail from Lisbon to secure the English Channel and transport a Spanish army to Britain from Flanders.

The fleet was under the command of the Duke of Medina-Sidonia and consisted of 130 ships carrying 2,500 guns, 8,000 seamen, and almost 20,000 soldiers. The Spanish ships were slower and less well armed than their English counterparts.

Delayed by storms that temporarily forced it back to Spain, the Armada did not reach the southern coast of England until July 19. By that time, the British were ready.

On July 21, the English navy began bombarding the seven-mile-long line of Spanish ships from a safe distance, taking full advantage of their long-range heavy guns. The Spanish Armada continued to advance during the next few days, but its ranks were thinned by the English assault. 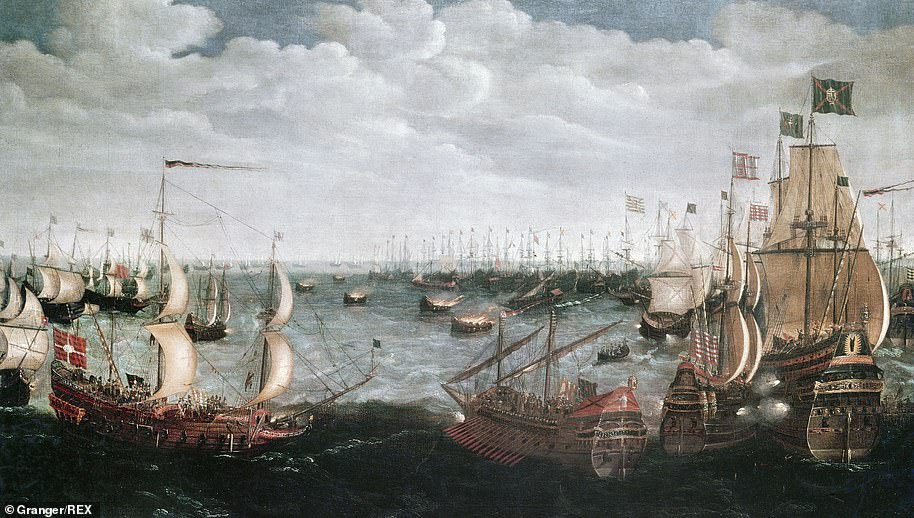 On July 27, the Armada were anchored near Calais and had left themselves exposed.

Just after midnight on July 29, the English sent eight burning ships into the crowded harbour at Calais causing the Spanish ships to sail out to sea to avoid catching fire. The disorganised fleet was attacked by the English off Gravelines at dawn.

In a decisive battle, the superior English guns won the day, and the devastated Armada was forced to retreat north to Scotland with the English navy pursuing.

By the time the last of the surviving fleet reached Spain in October, half of the original Armada was lost and some 15,000 men had perished.

Queen Elizabeth’s decisive defeat of the Invincible Armada made England a world-class power and introduced effective long-range weapons into naval warfare for the first time, ending the era of boarding and close-quarter fighting.