You is loosely based on the book of the same name by author Caroline Kepnes, with series two following the plot of her sequel Hidden Bodies. The first season originally aired on Lifetime but Netflix quickly took over the rights and is now the home of Joe Goldberg (played by Penn Badgley). But has filming already started on the next lot of episodes?

WARNING: This article contains spoilers from You.

Led by the narrative of none other than Joe himself, You follows the bookstore manager as fans initially see him fall head over heels for Guinevere Beck (Elizabeth Lail) in the first series.

While he believes his intentions are pure, it quickly becomes clear he is actually stalking her, leading to several deaths, including that of Quinn herself as she discovers the truth.

Following the catastrophic events, Joe decides to move to Los Angeles where no one would know him but, unsurprisingly, he finds another woman to become obsessed with. 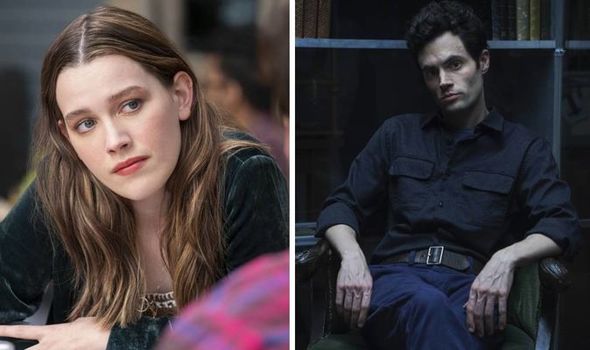 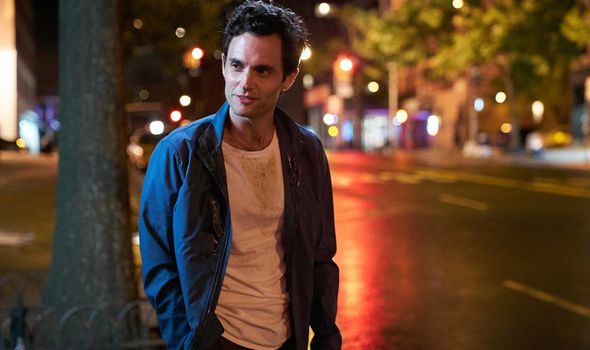 Has filming started on Netflix’s You season 3?

You season two came out on Boxing Day last year where all 10 episodes were released on Netflix in one go.

The thriller was then renewed for a third season on January 14, via the show’s official Twitter account.

The tweet simply read: “See you soon, neighbour. YOU S3 is coming.”

No release date has been announced but at the time, TV Line reported You would be back sometime in 2021.

You fans will “wolf” this news.Netflix announced that production on season 3 of the series has officially begun.”We recommend you stay at least 6 feet from Joe Goldberg at all times,” the show wrote. “YOU Season 3 is back in production.” Tap the bio link for everything we know about the new season so far. #Regram @netflix 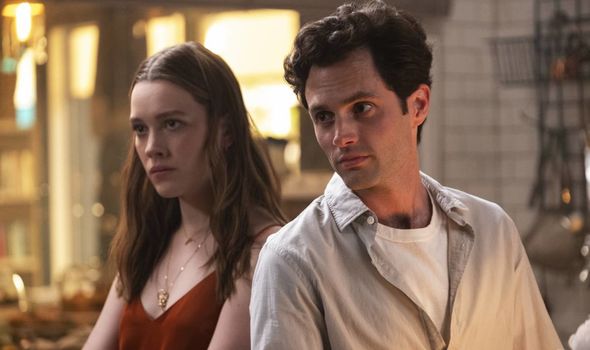 A 2021 release date is now looking far more likely as the cast and crew have begun filming for You series three.

Yesterday, Monday, November 2, the official You Twitter account posted a creepy picture of actor Badgley wearing a face mask with the words: “Hello You” on it.

Along with the photograph, the caption reads: “We recommend you stay at least 6 feet from Joe Goldberg at all times. YOU Season 3 is back in production.”

Series three will once again be set in California where him and Love have now bought a suburban home.

Series two stunned fans as it was discovered Love (Victoria Pedretti) had stalked Joe and was also a serial killer.

But the trouble didn’t end there though as Love was pregnant at the end of the series, thus why Joe agreed to make a commitment to her.

The next season will see how Joe not only copes with being in a serious everyday relationship, but also how he deals with fatherhood.

Speaking on Us Weekly’s Watch With Us podcast, executive producer Sera Gamble said: “I think the very best thing inside of Joe is his desire to protect innocent young people.

“That’s so sincere. It’s obvious that he doesn’t have any ulterior motive beyond maybe just wanting another kid to have a better childhood than he did.

There is also the small matter of the ending of series two where viewers saw Joe trying to peak through his garden fence.

From those last few seconds, it looks like Joe’s next obsession is going to be his neighbour but her identity was not revealed.

Will Joe pursue this new woman in his life and how will Love react?

You is available to watch on Netflix.