THERE are some worrying times ahead for Kerry and Amy Wyatt in Emmerdale tonight following Vanessa Woodfield’s arrest on Tuesday.

At the end of the hour-long episode the two women were left wondering what an enraged Vanessa  – who’s played by Michelle Hardwick in the ITV soap – would tell the police after being arrested at the hospital. Find out more below… 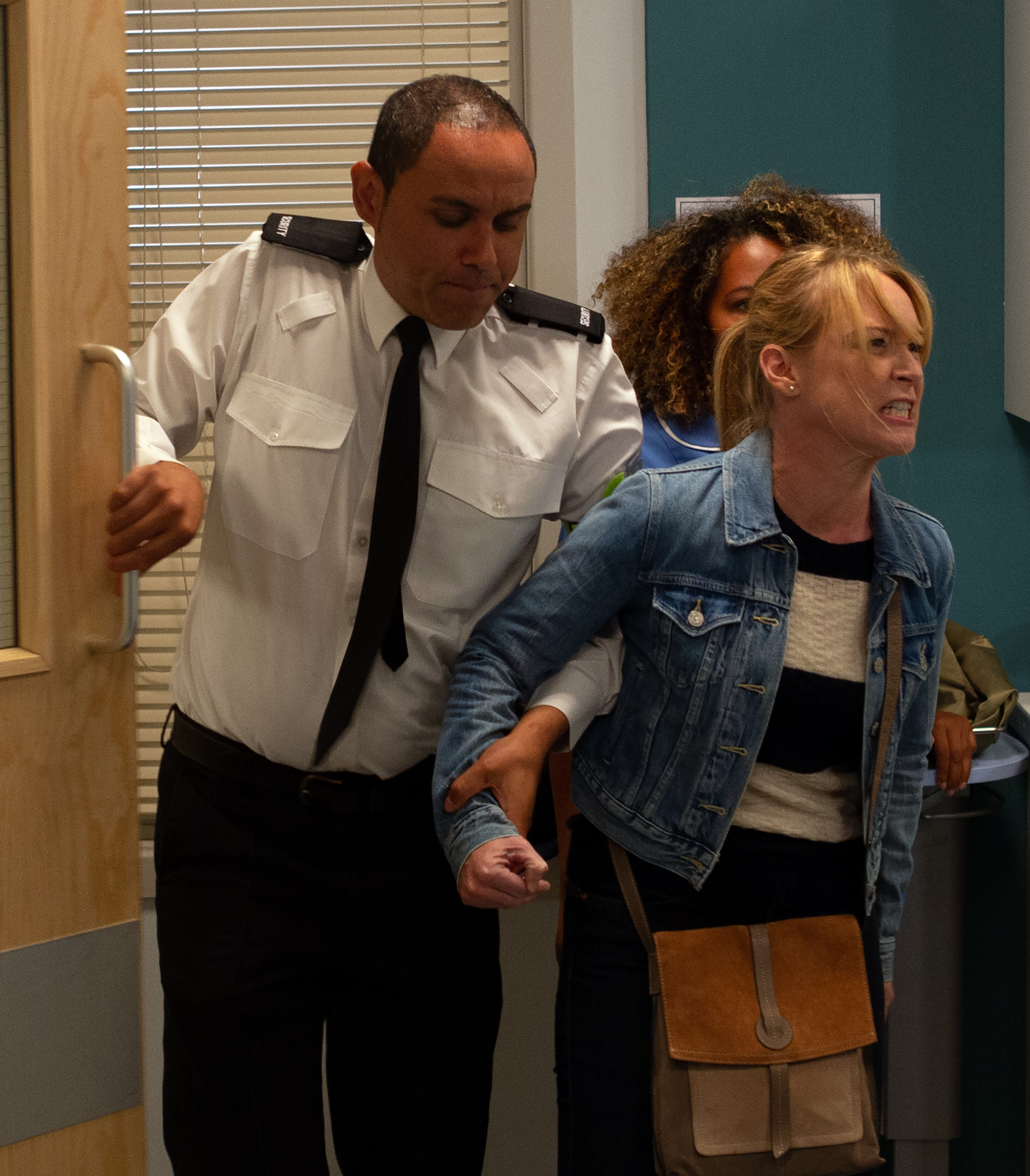 It certainly looked like Vanessa was prepared to spill their secret as she ranted and raved in her cell about why she was so angry.

But will Vanessa talk? Or is the possibility of implicating her sister, Tracy Metcalfe, enough to keep her quiet?

Kerry’s life has been hanging in the balance after a scuffle with Tracy saw her fall and hit her head.

She was rushed to hospital and Tracy (Amy Walsh) feared she’d killed her when a crash team rushed in. Luckily, Kerry seems to have pulled through.

Tracy then decided she was still going to go to the police after Kerry confessed that it was her who started the fire at the Sharma factory, which left Tracy and Vanessa’s dad, Frank Clayton, dead.

But the blonde found she couldn’t go through with it after seeing Kerry’s step-daughter Amelia beside herself with worry at the hospital.

Vanessa was furious about Amy’s decision and stormed into Kerry’s room, shouting at her, before accidentally lashing out at a nurse who called security.

But will Vanessa speak? And will Kerry end up in prison?

Actress Laura Norton who plays Kerry revealed on Lorraine last week that telling Tracy the truth was the beginning of the end for her character.

At first fans speculated that she could die following her fall, but now it looks more like she’s heading for a stint behind bars instead.

She said: “That is the start of her breaking point, there’s only so long that you can suppress that.

“She’s living with this girl (Tracy), she’s become best friends and she’s grown to love her and I think it’s just eating away at her bit by bit.

“So that is the beginning of the end, really.”

Fans were left fuming after Tuesday’s episode which saw Kerry survive a cardiac arrest and get away with killing Frank.

One said: "What total c**p, no one on Emmerdale ever gets their cumupance. Absolutely rubbish. #Emmerdale"

A second said: "I know Kerry experienced near death…but I still wish she was occupying a prison cell rather than blocking a hospital bed #Emmerdale"