Hollywood has produced another “unrecognizable” transformation via fat suit. In a recent Vanity Fair interview accompanied by promotional photos, Renée Zellweger spoke about the makeup and prosthetics used to transform the Oscar-winning actress into her Pam Hupp, the average American mom who became a murderer in the upcoming NBC limited series “The Thing About Pam.”

Being an average American woman means that Hupp is not the size of an average Hollywood actor. But instead of casting a performer that might accurately embody the role, we have Zellweger in a fat suit and calling it character building.

The industry seems to be doubling down on pretending fat women don’t exist. (In this piece, fat will be used as the descriptor it is, rather than the pejorative it has become.) Or rather, that fat women only exist within the confines of artifice. “No one is actually fat,” these depictions tell us. “These are actors wearing a scary costume. No fatties were harmed in the filming of this project.”

The fact that the casting choice comes from a project on NBC is even stranger, given that it’s home to “This Is Us.” The series features Chrissy Metz as Kate Pearson, a bigger woman who deals openly with issues surrounding her weight and size-discrimination, one of the few examples of an overweight woman on a broadcast network. Metz herself is a tireless advocate for body positivity.

The fat-suit discourse also popped up last year around Sarah Paulson’s turn as Linda Tripp in FX’s “Impeachment: American Crime Story.” Paulson also donned the suit to portray Tripp and spoke in interviews about the extensive prosthetics and padding needed and how she had to change the way she carried herself — not realizing that there’s a physicality to fatness, or as though every role didn’t require posture or movement realignments. 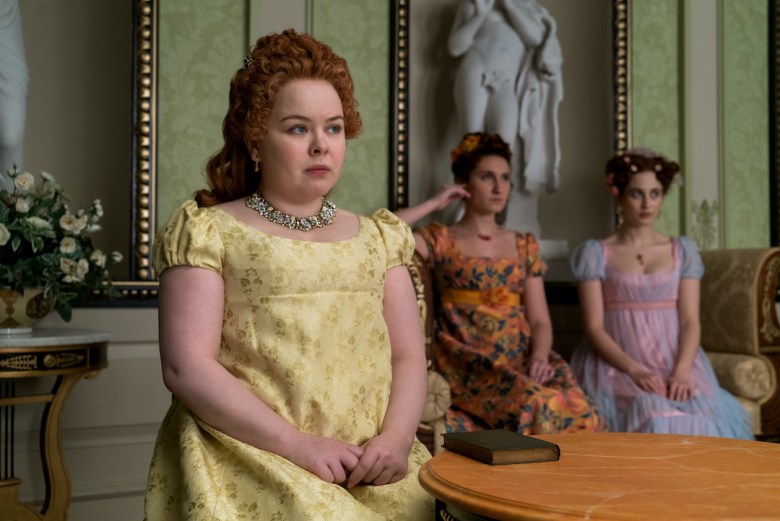 Later, Paulson regretted her choice. “It’s very hard for me to talk about this without feeling like I’m making excuses,” she told the Los Angeles Times. “There’s a lot of controversy around actors and fat suits, and I think that controversy is a legitimate one. I think fat phobia is real. I think to pretend otherwise causes further harm. And it is a very important conversation to be had.”

Women who deviate from the Hollywood standard are have a hard time: Nicola Coughlan, who appears both in Netflix’s “Bridgerton” and “Derry Girls,” recently turned to social media to plead that if people did have a problem with her body, please do not share it with her.

“Most people are being nice and not trying to be offensive,” she wrote, “but I am just one real-life human being, and it’s really hard to take the weight of thousands of opinions on how you look being sent directly to you every day.”

Similarly, Melanie Lynskey, star of Showtime’s “Yellowjackets,” has been plagued by comments since the show debuted from viewers critical of her character’s weight — and therefore her own. This sizeist mindset is so prevalent that a crew member repeatedly commented on her appearance during filming for the series, Lynskey told Rolling Stone. “They were asking me, ‘What do you plan to do? I’m sure the producers will get you a trainer. They’d love to help you with this.’”

When I spoke to Lynskey recently, she said she was exhausted by having the conversation about size time and again, but she does it because it’s a cause that needs to be championed and she feels fortunate to have the opportunity. 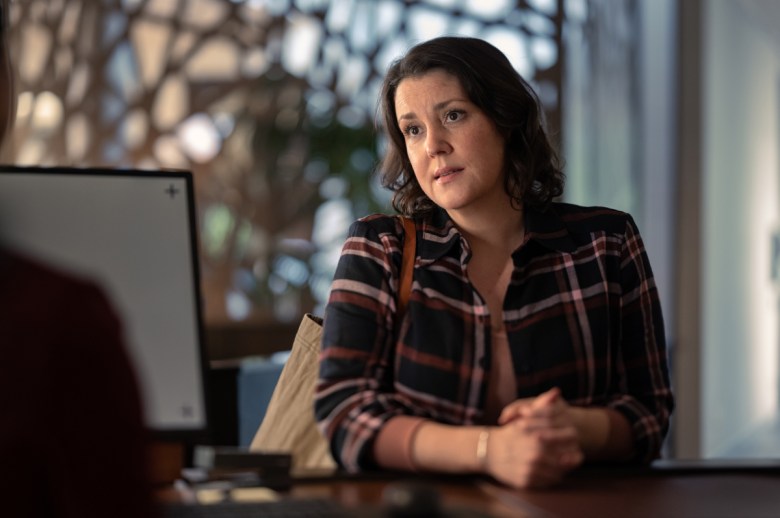 “It’s something I’ve been passionate about since I was a young woman and I realized how the world worked, and the fact that it was really, really unfair that we were judged for living in the bodies we lived in,” Lynskey said. “And so it’s something I’ll talk about until I don’t have to anymore.”

Zellweger, of all people, should be particularly sensitive to this argument. The actor’s face and body have been fair game for open criticism for more than two decades, so much so that Vulture did a timeline on the matter more than five years ago. She gained a considerable amount of weight for her role in “Bridget Jones’s Diary” and then lost it — and more — for her portrayal of Roxie Hart in “Chicago.” Then the chatter about Zellweger’s face and plastic surgery began and it was all downhill from there.

What if — and this is going to sound wild — we stopped ragging on women for how they look? What if we accepted them for the size they are and realize that there isn’t a value judgement to be made? What if people of all shapes and sizes and backgrounds were acceptable on screen and we normalized something beyond a size 2? What if we let fat characters be portrayed by fat people, rather than believe that walking around in a fat suit is a traditionally sized actor’s (temporary) cross to bear?

Let fat women exist. Let them be on TV.