One of the very few African filmmakers to have their work distributed in Europe and the U.S., Mahamat-Saleh Haroun has made six feature-length films, and all but one are set in Chad. But his latest, Cannes competition entry “Lingui, the Sacred Bonds,” is noteworthy for another reason. The Paris-based Haroun returned to his native Chad to tell a story about a prickly issue: abortion, which is taboo in the country. It’s also his very first film with female leads since he launched his career almost 30 years ago, and here he has made a film that’s sensitive to feminist causes in Chad.

The move was prompted by Haroun’s desire to challenge Chad’s ruling patriarchy and specifically the country’s strict laws on abortion. “Unwanted pregnancies are becoming an increasingly important problem,” he said in a recent interview with IndieWire. “There are more and more reports of people discovering abandoned newborns, often dead. It’s horrible. All of that because of bans and the shame of carrying a so­‐called ‘illegitimate child.’ Further, clandestine abortions are dangerous, with often tragic ends as many of the people who carry out abortions are charlatans.”

“Lingui, the Sacred Bonds,” tells the story of Amina, a thirty-something mother and practicing Muslim, who lives with her daughter Maria. As a Muslim, she is shocked to discover her daughter is pregnant. It’s an unwanted pregnancy for the teenager, who has her mind set on an abortion. Amina finds herself faced with a dilemma in a country where abortion isn’t just condemned by religion, it’s also prohibited by law.

Haroun, raised by his “extraordinary” grandmother who instilled a feminism in him that has kept him sensitive to women’s causes, has never been one to shy away from hot button issues in his work. He arrived on the international film scene with a fully formed appreciation for the broad political concerns of his home country, and he hasn’t looked back.

His 2002 fiction debut, “Abouna,” is the story of two brothers suddenly left destitute by their father, and his subsequent films have explored ideas of familial duty (“Daratt”), displacement (“A Screaming Man”), living life as an outsider (“Grigris”), an exploration of the Chadian dictator who ruled from 1982 to 1990 (“Hissein Habré, A Chadian Tragedy”), an asylum seeker’s struggle for survival (“A Season in France”), and now teen pregnancy and abortion. The film is his third to premiere in Competition at Cannes.

“I know that it’s forbidden and I heard a lot of stories of young girls being pregnant and then have to get an abortion, and it’s a kind of a very difficult way to find a solution, because the family doesn’t agree with the abortion, and they don’t want you to keep the child either, because it’s shame for them,” Haroun said. “You lose your honor. So I made an investigation with women who have been in this kind of situation, and then I wrote the story. There, we have this thing we call Patriarca, which is just the dominating power of the men who are in charge who make these laws.”

The Chadian patriarchy is rooted in both ancestry and a dominant Muslim culture, two phenomena that were imported into Chad, and both of which came with newly-created prohibitions. After independence from French colonization in 1960, the strict religious political power controlled the population instead of promoting greater freedoms.

“The thirst for power drives politics,” Haroun said. “A set of principles laid down by the authority as absolute truths. It drives religious leaders. But women carry and pass on memory and life experience that is more ferocious than the dominant debate around these prohibitions. They are acutely aware of their condition, the ordeals they face, and they have always known how to manage.”

The film stars Chadian actresses Achouackh Abakar Souleymane as Amina and Rihane Khalil Alio as Maria. Both actresses came into the project with little to no experience in acting. Haroun attributes that lack of training on the absence of much of a film infrastructure in the country, which he hopes can change with the growing international acceptance of his films.

After three decades behind the camera, Haroun remains determined to represent Chad on screen. There are very few filmmakers in the country, and he’s very well aware of that. In fact, if Haroun stopped making films, audiences would likely never see images of the country or get the Chadian worldview on the big screen. 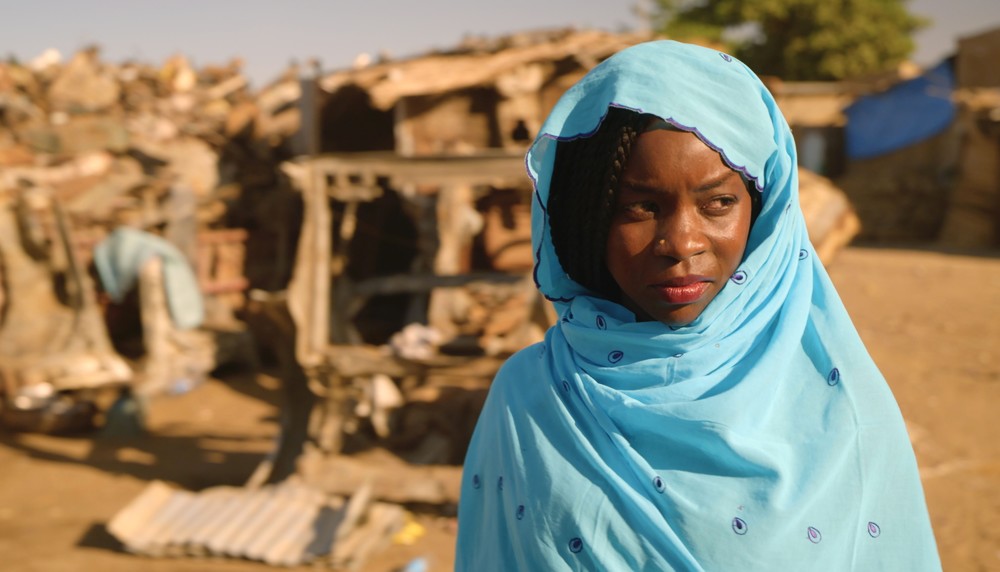 He believes African directors have a responsibility to be honest when dealing with the problems of the continent. “Cinema can’t be a luxury, or just entertainment,” he said. “Not for Africans where there are so many problems that, remnants of colonialism, that we can’t. African filmmakers have a duty to wake people up, into thinking about the continent’s future. That a film can change the course of history in a country like Chad, I find that miraculous.”

And yet, he doesn’t sound very confident about the future of African cinema as a monolith. “There is no ‘African cinema’ anymore,” he said. “Each country has its own cinema, and that’s not every country. So what we have to do is create a new scenario, where if one country is able to build its on film industry, other countries can follow.”

Which is ultimately what “Lingui” is about. The term “Lingui” is a Chadian word that means “a connection.” More generally, it is a term that implies solidarity, mutual aid, and keeping each other afloat. In the context of the film, the sacred bond is feminine and feminist. According to Haroun, feminism doesn’t exist as a theory or set of beliefs in Chad, but its footprints can be observed in daily life.

“I see young Chadian women who have impressive degrees in higher education and want to start families, but they can’t because society disapproves of them earning so much money,” Haroun said. “They are considered overl independent. These women get together to speak frankly about their lives, sharing their experiences, aiding and supporting each other. They are often single mothers. It’s a feminism that doesn’t openly ask for anything, but is extremely active.” 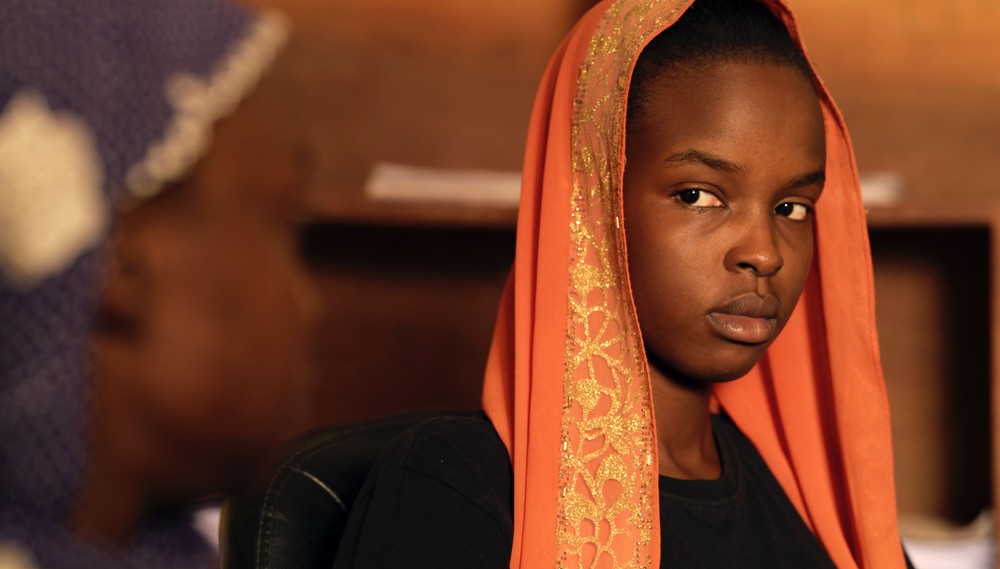 Some of that activity includes frequently organizing private funds, which each members collectively contribute to in order to finance various projects, or help a woman in need. They find the means to resist Chadian society’s rigid patriarchal order because they have to.

“I can only exist because others exist; that is lingui, that is the common thread, the sacred bond of our social fabric,” he said. “What it comes down to is an altruistic philosophy. This word exemplifies a country’s toughness when having to contend with horrific adversities.”

It’s a very traditional way of thinking that’s been passed down from ancestors. Chad was colonized by the French, but Lingui is not a French word. It’s Chadian Arabic, which is a mix of Arab and some local languages.

Haroun hopes that the success of this film, and his own international presence might provide an example to others. He continues to keep his budgets low, which makes them easier to finance, calling the funding of his films “uncomplicated.”

“This is an almost radical idea that it just can work,” he said. “Lingui. We start with one person in one country that inspires somewhere in another country, and over time, gradually, perhaps we can see a cinema that is truly African and global.”

“Lingui, the Sacred Bonds” premiered in Competition at the 2021 Cannes Film Festival. It is currently seeking U.S. distribution.