The network’s only can’t-miss series, ”Better Call Saul,“ enters its sixth and final season next year

AMC Networks is comprised of a bundle of cable channels, just as many streaming services, and a few options for the future. The publicly traded company is about to be down one permanent president and CEO, however, as Josh Sapan transitions to executive vice chairman. So what will come of AMC Networks under interim CEO Matthew Blank — and beyond?

The smart money seems to be on acquisition. In the era of consolidation, a relatively small company (market cap: $2 billion) with an international presence, some intellectual property and a not-insignificant cable and streaming footprint seems ripe for the picking.

Then again, analysts have been saying that about AMC Networks for years.

Sapan, who is now 70 (Blank is 71), has been president and chief executive officer of AMC Networks for 26 years. When he joined back in 1995, AMC Networks was still known as Rainbow Media, a subsidiary of Cablevision. These days, AMC Networks consists of AMC, BBC America, IFC, SundanceTV, WE tv and IFC Films, as well as streaming offerings AMC+, Acorn TV, Shudder, Sundance Now and ALLBLK.

Credit Sapan for much of that expansion. When Sapan joined the company, AMC was American Movie Classics. They went with that approach for a while, but later moved away from re-airing classic films and into original programming, eventually bring us a trio of TV-history-making series, including “Mad Men,” “Breaking Bad” and “The Walking Dead.”

One thing that has not changed, however, is the Dolan family’s controlling interest in the company. Any potential suitor should approach James Dolan with an offer for his voting shares while the New York Knicks are on a hot streak.

The problem is, since “Breaking Bad,” AMC’s only can’t-miss series has been its prequel, “Better Call Saul.” Here’s more bad news: The Bob Odenkirk-led drama is heading into its sixth and final season next year. “The Walking Dead” (at least the main version) is also ending its run next year, though AMC is not even close to being done with those zombies, with at least one spinoff and one anthology series coming down the road. 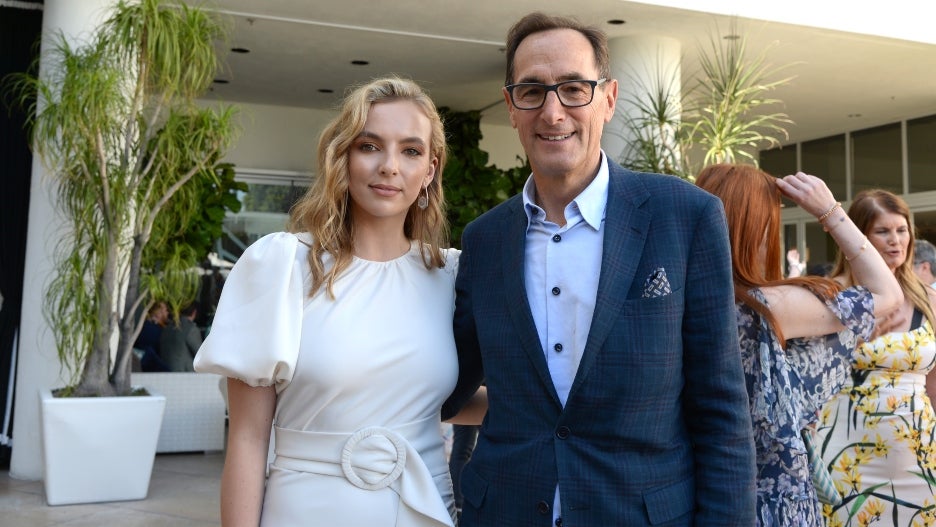 Should such a trajectory from its targeted approach continue, the AMC streaming bundle could prove to be a nice addition to a larger company’s larger portfolio.

Potential suitors for AMC Networks would also being buying some solid I.P. beyond the aging I.P. of “The Walking Dead.” AMC+, for example, is going deep into the Anne Rice catalogue, and is already developing her “Mayfair Witches” in addition to an “Interview With the Vampire” TV series.

There’s more on the horizon, including projects with “Game of Thrones” author George R.R. Martin and Robert Redford. In 2022, AMC Networks will have its largest content slate to date.

Between Walter White’s (spoiler alert) 2013 death and AMC+’s modern-day takes on decades-old Rice novels, AMC Networks have debuted some other quality and/or successful shows across the portfolio: BBC America’s “Killing Eve” first comes to mind, though there is also “Kevin Can F**k Himself,” “The Terror” and “After Lockup” franchise, to name a few examples that do not involve the undead. (With respect to “The Terror,” ghosts are just dead.)

AMC Networks stock has also held up, all things considered. At the time of this writing, shares were trading at $47.50 apiece. That’s more than twice where it was during the depths of the COVID-19 pandemic, though it is almost half of where the stock was back in its 2015 heyday — two years after “Breaking Bad” ended and midway into “The Walking Dead” franchise’s run.

AMCX shares spiked again in mid-March of this year, when it briefly topped $80 after fourth-quarter and full-year 2020 earnings. (Here we’ll note that the AMC stock that was ultimately buoyed by Reddit users through the pandemic was the unaffiliated movie-theater chain, not AMC Networks. However, through some real amateur-hour buying of the wrong stock, AMC Networks also enjoyed temporary gains.)

AMC Networks is a much more attractive buy in the $50 range than the $80 range: Is external acquisition the inevitable future of the organization? Is it coming soon? Probably.

In this media environment, consolidation is not just the norm, it’s necessary. In March 2019, Disney gobbled up most of Fox for what amounted to a whopping $71.3 billion, beating Comcast in a bidding war. After losing out on that one, Comcast outbid Fox for British TV company Sky, paying $39 billion. In late 2019, Viacom and CBS re-combined.

Discovery, a direct competitor for bundle pricing with AMC Networks, is joining forces with AT&T’s WarnerMedia in a deal that will value the new company north of $100 billion. In what amounts to a small deal these days, Amazon is buying studio MGM for $8.45 billion, which we assume is what Jeff Bezos found in between his couch cushions.

In buying AMC Networks, you get five cable channels, five streaming services and some solid I.P. And with Sapan stepping aside and his veteran interim successor being no spring chicken himself, whoever buys AMC Networks won’t be signing up for a CEO power struggle. That’s just a cherry on top — but sometimes it’s the toppings that make the sundae.