Running from 1982 up until 1992, ‘Allo ‘Allo! had viewers in hysterics as they watched René Artois (played by Gorden Kaye) try to run his cafe in France during World War II. Over nine series, viewers got to know and love the characters featured in the BBC sitcom but 30 years later, it’s time to see what have the actors been up to since.

What happened to the cast of Allo Allo?

Originally starring in Coronation Street as Bernard Butler, Gorden shot to fame for his portrayal of the main character in ‘Allo ‘Allo!

Viewers watched Rene Artois’ daily life in the French town while trying to keep a friendly face for the German soldiers.

Throughout the show, people also saw him have many affairs with his waiting staff.

When the show ended, Gordon kept under the radar until 2007 when he returned to his role as Rene in a one-off special of ‘Allo ‘Allo!

He also took part in an Australian stage shot of the sitcom alongside fellow co-stars Sue Hodge and Guy Siner.

Sadly, the actor suffered from dementia and spent the last two years of his life in a care home before he died on 23 January 2017

Carmen played Rene’s unsuspecting wife in ‘Allo ‘Allo! who was also a cabaret performer at the cafe.

Once the BBC sitcom ended in 1992, the Canadian actress continued working as she starred in Jimmy Perry’s stage musical That’s Showbiz.

She also featured in many other West End shows including Waters of the Moon, Hobson’s Choice and A Coat of Varnish.

Going back to camera work, Carmen played the grandmother in the movie La Passione in 1997.

The actress was diagnosed with lung cancer and sadly died in 2002 at the age of 80. 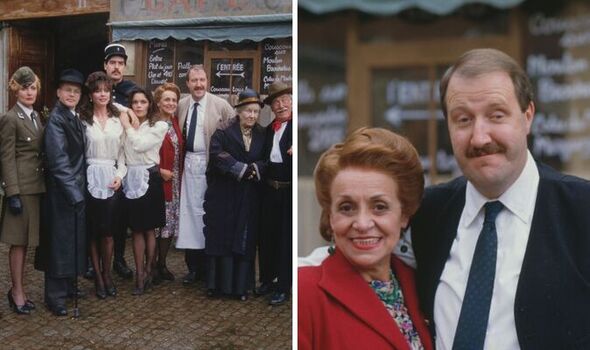 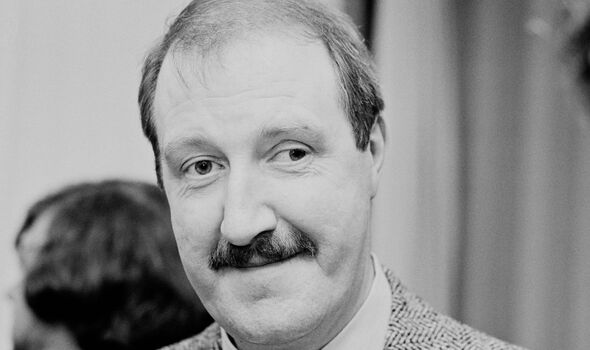 Since leaving the show, the actress has kept herself busy and has continued with her acting career.

She continued the role until 1997 and starred in many other productions including Dracula, All in the Game and more recently the romantic comedy The Callback Queen.

Although she’s had a long-lasting acting career, the 71-year-old is best known for her recurring role of Patricia Foster in the ITV soap Emmerdale.

Due to her contributions to charity, the star was awarded an MBE for her services.

Alongside playing different characters, Vicki entered the Australian jungle as herself in the ITV reality show, I’m a Celebrity Get Me Out of Here back in 2014.

Arthur’s character as officer Crabtree didn’t appear in the sitcom until series two of the show.

His role kept people entertained by his continuous mispronunciation of English words such as getting “Good morning” muddled up with “Good moaning”.

Once the show ended, Arthur guest starred in the audio drama Dead Man Walking in 2005 and also had a stint at pantomime when he was one of the Ugly Sisters in Cinderella.

The 67-year-old has appeared in a number of both radio and TV shows such as the BBC dramatisation of The Good Soldier Švejk, Doctors and Father Brown.

According to film site IMD, he’s currently filming Advent where he will play the town mayor. 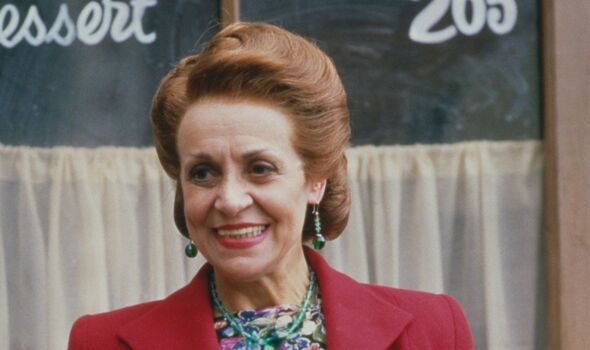 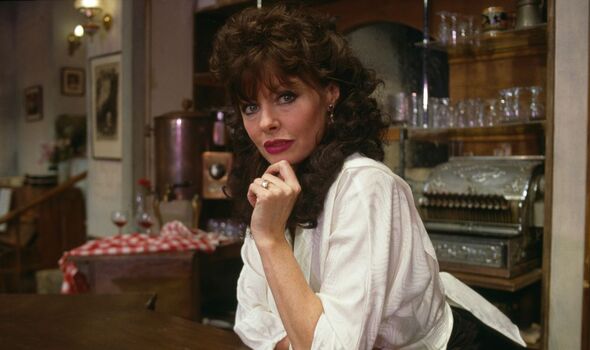 After starring in ‘Allo ‘Allo!, the 70-year-old has featured in a string of TV shows.

In terms of her roles on-screen, Kim is credited for featuring in Casualty, Grange Hill, The Brittas Empire and Fifteen Storeys.

The actress has also had many stage appearances such as the West End production of ‘Allo’ Allo!, My Mother Said I Never Should, Stepping Out and Relatively Speaking.

Kim also had a small role in the 2017 war movie Dunkirk.

She also presented a travel show called Cruising to the Northern Lights which was shown on the Travel Channel.

The 74-year-old was best known in ‘Allo ‘Allo! for playing Oberleutnant Hubert Gruber, a german officer who was on leave from the Russian front.

In the BBC sitcom, it was believed the lieutenant had a crush on René Artois.

Since the sitcom, Guy has continued acting and has starred in shows such as ChuckleVision, Doctors and Diagnosis Murder.

He also had a small part in the first Pirates of the Caribbean movie in 2003 as the Harbourmaster.

Although he’s also done a lot of voice work in his career with roles in the Star Wars video games and children’s show SpongeBob SquarePants.

His most recent role was when he appeared as Francis Pym in the TV hit The Crown.

Sue is well-known for playing one of Rene’s waitresses in the BBC sitcom.

Since the show, she’s appeared as Nurse Mimi in the pantomime production Robin Hood.

In 2009, Sue went back to TV for a role as Connie in the sitcom The Lads Club.

Although she’s not as in the limelight as her co-stars, Sue has a one-woman show called Mimi and Me (‘Allo Again) and has also written a book called Mimi’s Memoirs.

Both the tour and book take you through her years on ‘Allo ‘Allo.

‘Allo ‘Allo! is available to watch on Britbox.