Hulu is set to dive into one of the most iconic—and scandalous—celebrity couples of the modern era with the new limited series Pam & Tommy. Starring Lily James as actress Pamela Anderson and Sebastian Stan as drummer Tommy Lee, the project, directed by I, Tonya‘s Craig Gillespie, follows the duo’s whirlwind relationship and the bombshell leak of their honeymoon sex tape.

As photos from the production begin to surface (with both leads bearing uncanny resemblances to their real-life counterparts), we’re gathering all the details to know about the upcoming show.

Lily James and Sebastian Stan have completely transformed for their roles.

The first photos shared by Hulu made the Internet do a collective double take. James, known for films like Cinderella and Mamma Mia! Here We Go Again, underwent a drastic change to become Anderson, adopting her feathery blonde hair, heavy makeup, skinny brows, figure-hugging wardrobe, and French tips. Kudos to the cosmetics and costume departments.

To become the Mötley Crüe drummer, Stan, who plays the Winter Soldier in the Avengers franchise, had an equally dramatic makeover that involved heavy tattoos, piercings, chunky jewelry, a goatee, and eye makeup.

In another testament to the Pam & Tommy hair and makeup crew, James was spotted channeling Anderson’s signature Baywatch look in a red swimsuit on the beach while filming. 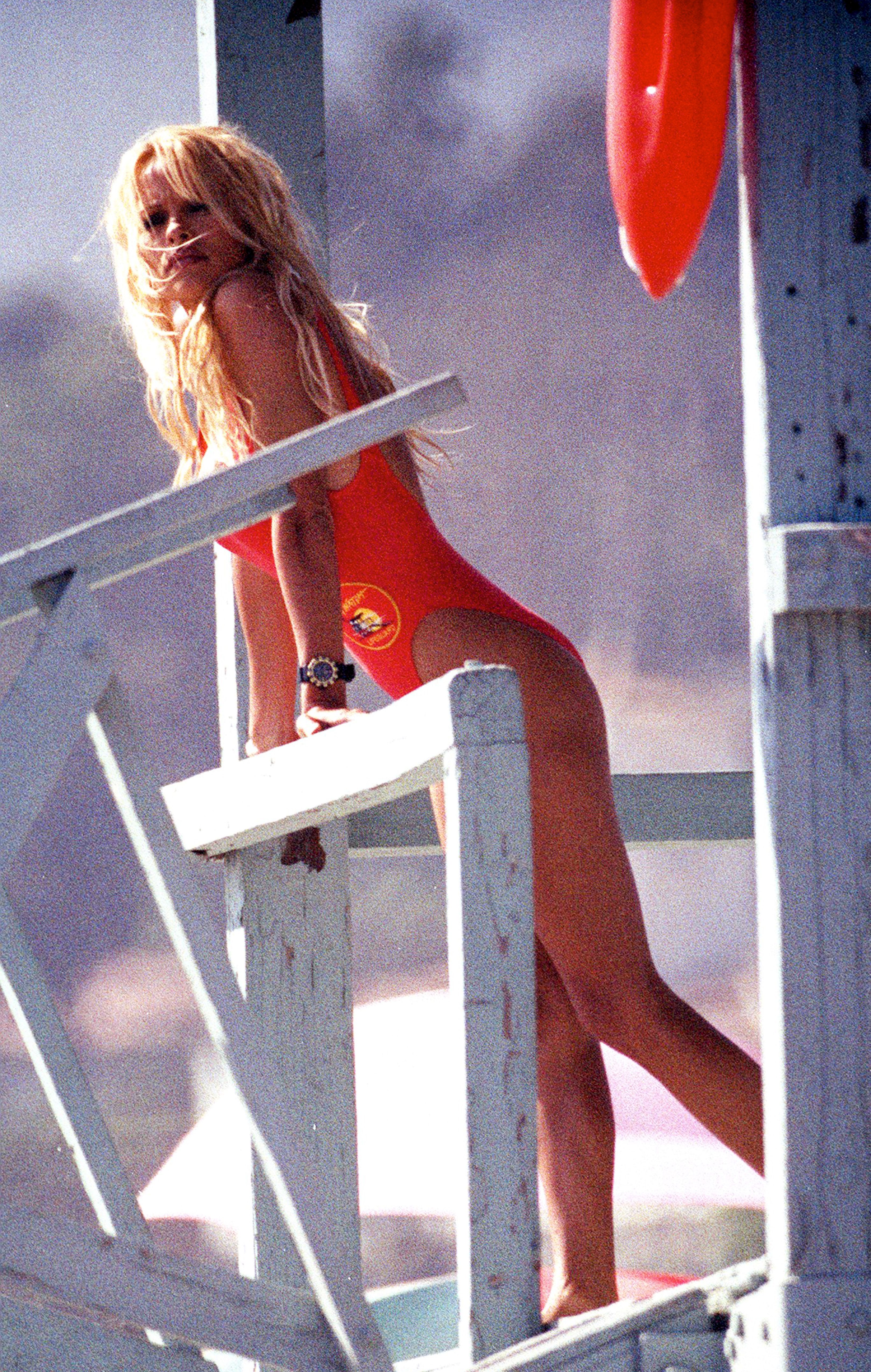 Seth Rogen is also in the cast.

He plays the man who stole Anderson and Lee’s sex tape. He’s also an executive producer on the series.

There’s no release date yet.

But we do know that the eight-episode series will debut on Hulu. Production just began this spring, so we’re awaiting premiere details.

The focus will be on the couple’s relationship.

Deadline reported that though the sex tape scandal plays a big part in the narrative, Pam & Tommy will mostly focus on Anderson and Lee’s “whirlwind romance that started with them marrying after only knowing each other for 96 hours in 1995.”

The leak of their private honeymoon footage “shook the industry when it comes to celebrity privacy” and evolved into a messy legal dispute, according to Deadline. The pair sued the video distribution company Internet Entertainment Group and eventually reached a confidential settlement.

The pair welcomed sons Brandon Lee in 1996 and Dylan Lee in 1997. Despite their rock-and-roll status and tabloid domination, Anderson and Lee’s relationship was volatile and later turned violent. In 1998, Lee was sentenced to six months in jail for spousal battery. Anderson filed for divorced “shortly after” the altercation that led to Lee’s jail time, according to The Los Angeles Times.

The former couple are not involved in the production of Pam & Tommy, but are reportedly aware that it is in the works.

Anderson’s longtime friend Courtney Love called out the Hulu series and James’s portrayal in a May 16 Facebook post that’s now deleted. She called the series “so fucking outrageous” and accused it of inflicting “complex trauma” on Anderson, according to Vanity Fair. Love also recalled the real moment when the actress and Lee’s sex tape was stolen: “It was disgusting. I banned anyone discussing it. . It destroyed my friend Pamela’s life. Utterly.”

She didn’t mince words for James either. “And shame on lily James whoever the fuck she is,” she wrote.