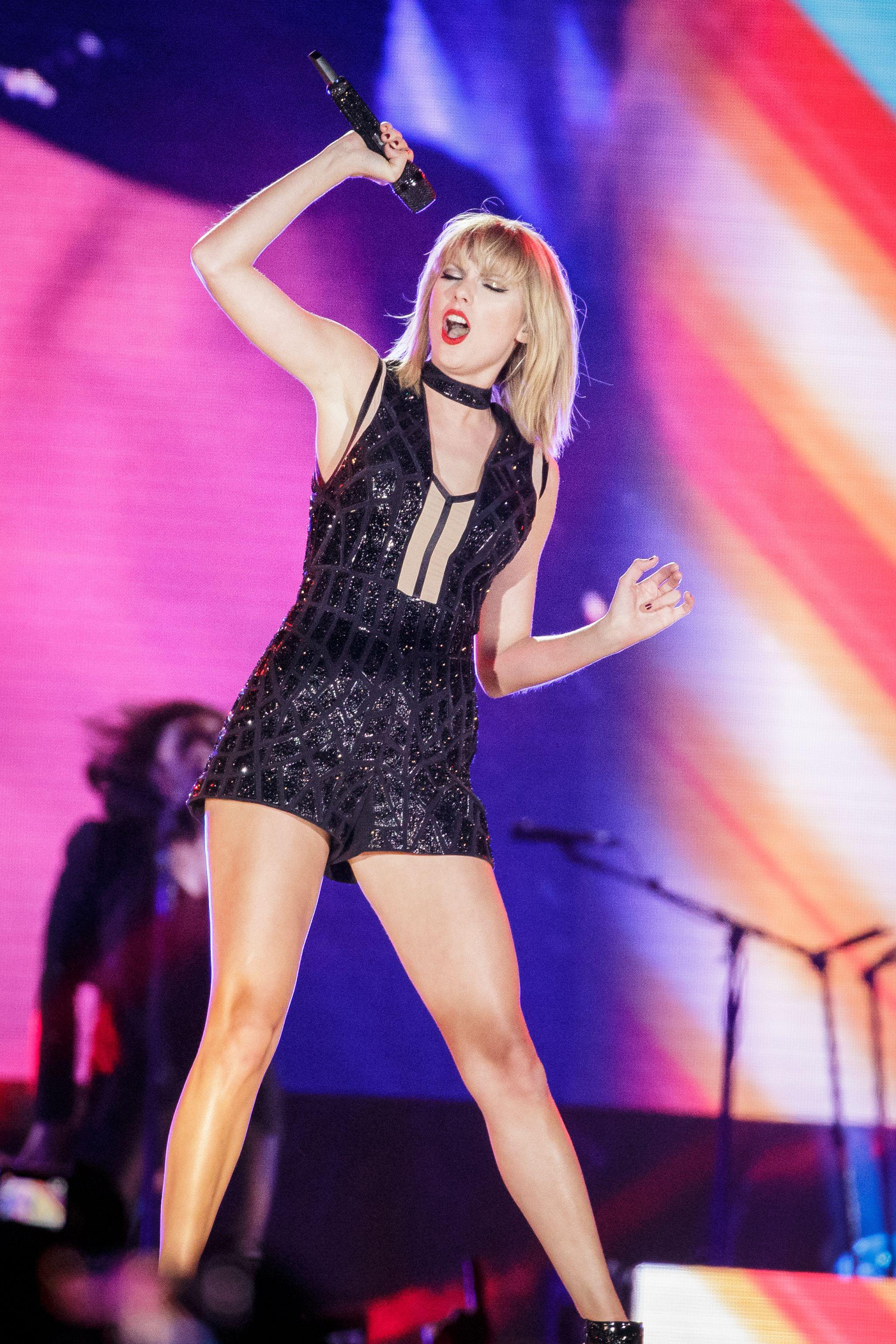 Who is Taylor Swift, how old is she and what's her background?

American singer-songwriter Taylor Swift, 28, was born in Pennsylvania on December 13, 1989.

She moved to Nashville, Tennessee with her family when she was 14 to pursue a country music career.

Her first album, Taylor Swift, was released in 2006.

She has gone on to become one of the most successful female artists in the world.

Taylor is known for songs like Shake It Off, Blank Space, Trouble and Love stories, as well as albums Fearless, Red and 1989.

She has sold millions of albums and singles across the globe and is a worldwide superstar.

In May 2018 she will go on tour in the UK and Ireland with her new album Reputation.

She has released a special vertically shot video of her single Delicate to streaming service Spotify. 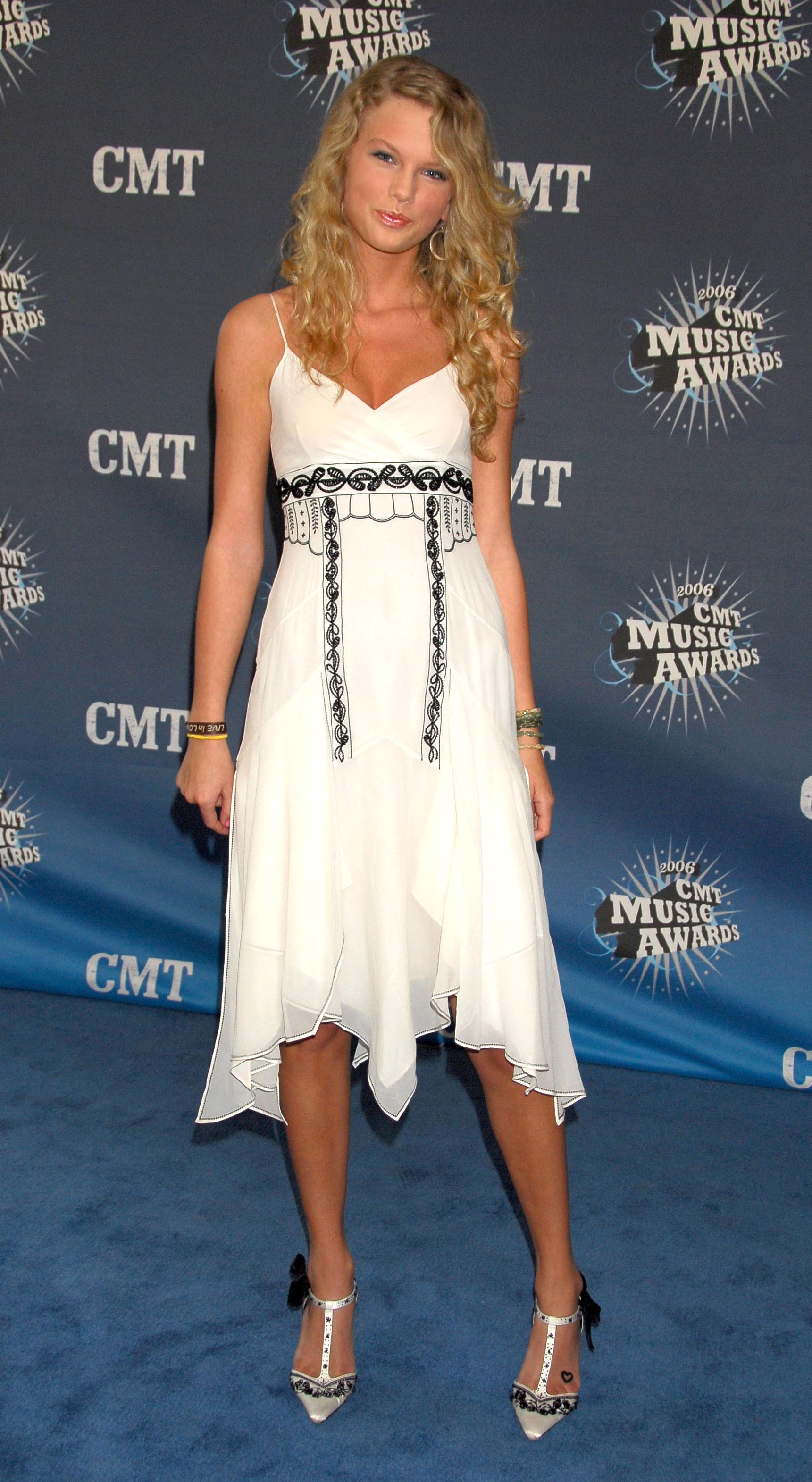 What is Taylor Swift's net worth?

Due to the success of her music, world tours and business deals, Forbes has estimated Taylor's net worth as being a staggering $280million – just under £213million.

The Grammy Award winner travelled the world on her 1989 tour over the past year earning her a quarter of a billion dollars last year.

The singer also has multiple sponsorship deals with brands including Elizabeth Arden, Target, Diet Coke, Keds and Apple which help pad her income.

Taylor has been working since she was 16, when she released her first album.

In addition to her music career, Swift has appeared as an actress in the romantic comedy Valentine’s Day (2010) and the animated film The Lorax (2012).

With all her earnings the one-time country starlet has gathered up a property portfolio said to be worth around £50 million.

Taylor splashed out on two properties in Nashville, she then bought a penthouse in the Tribeca district of New York and snapped up a mansion in Rhode Island.

Other properties include a four-bedroom home in Beverley hills complete with a white picket fence and that Massachusetts mansion she bought when dating Connor Kennedy. 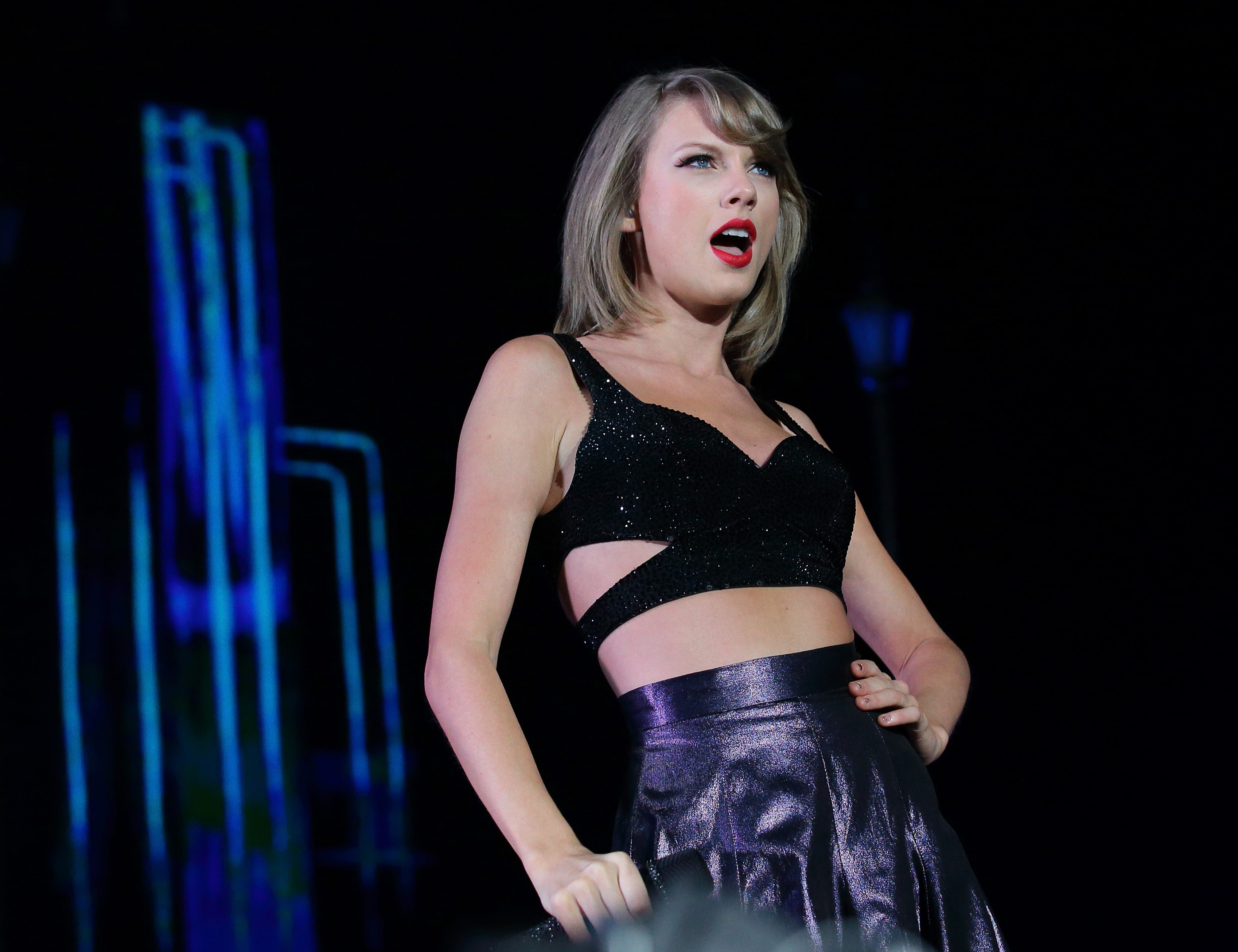 What are Taylor Swift's biggest songs?

Her biggest hits include:

Who is Taylor Swift's boyfriend?

Joe, 27, had his big breakthrough when he played the title role in Billy Lynn’s Long Halftime Walk, while his most recent film role came in the critically-acclaimed The Sense Of An Ending.

Taylor has been spending days at a time in London where Joe still lives with his parents.

The hitmaker has been renting a house in North London where Joe has been a frequent guest during the infancy of the relationship.

The singing superstar has dated a string of A-list celebrities, from Joe Jonas back in 2008 to Tom Hiddleston, star of The Night Manager in 2016.

Taylor has also been involved in brief romances with Hollywood star Jake Gyllenhaal and One Direction singer Harry Styles. 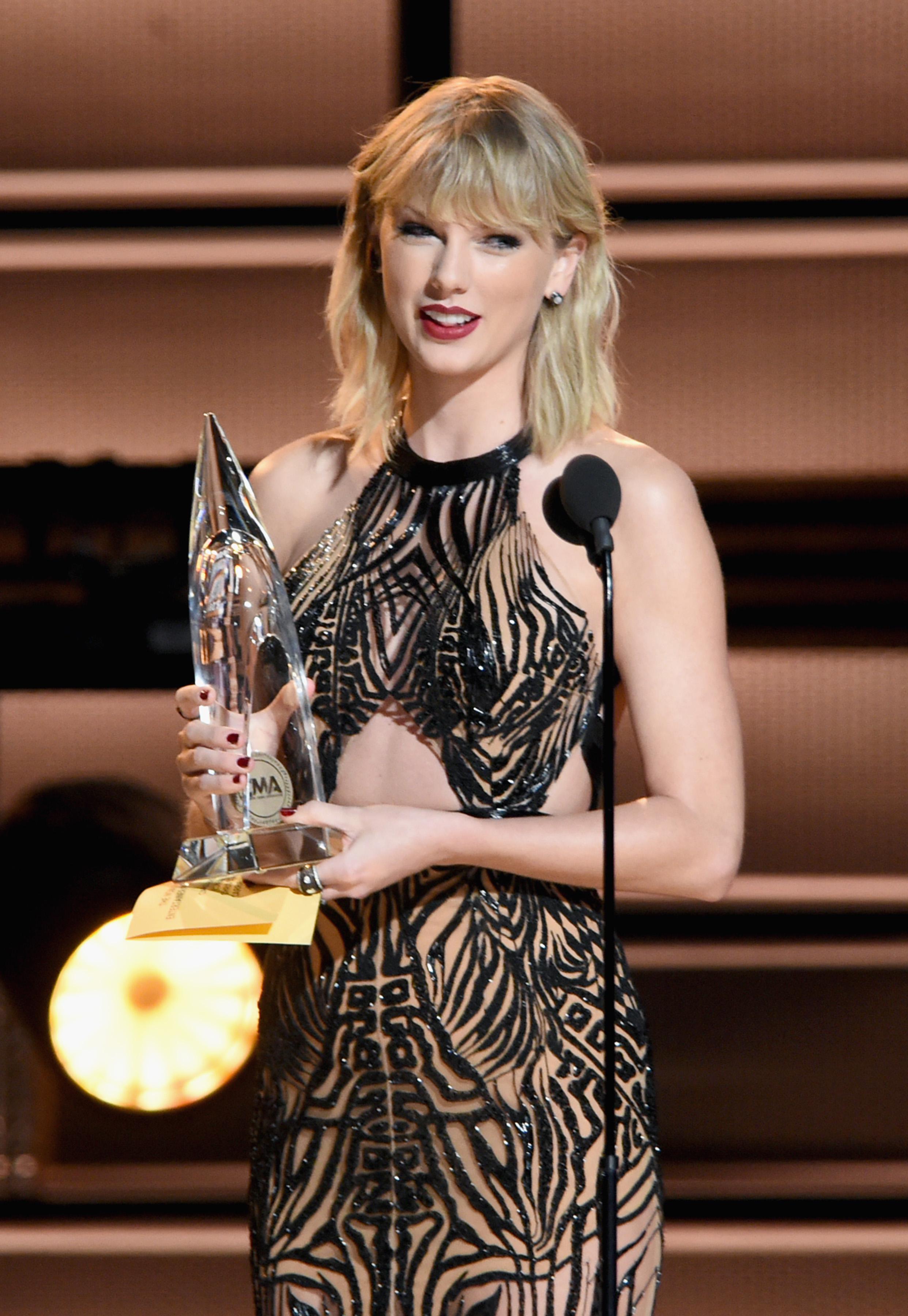 Who else has Taylor Swift dated?

Taylor has dated a long line of profile men, and famously many of them end up in her songs.

And she certainly likes her British men.

Before she had a VERY high profile relationship with Tom Hiddleston, but it only lasted for a few months.

Calvin Harris was the most recent before Tom, and will be concerned he will end up in a new track

The Shake It Off star famously wrote Out Of the Woods and Style, which are featured on 1989, about her relationship with One Direction hunk Harry Styles.

Other former loves to get a mention include movie star Jake Gyllenhaal, who was reportedly behind the song The Last Time from Red.

Her time with singer Joe Jonas also was apparently the inspiration for Last Kiss from her album Speak Now. 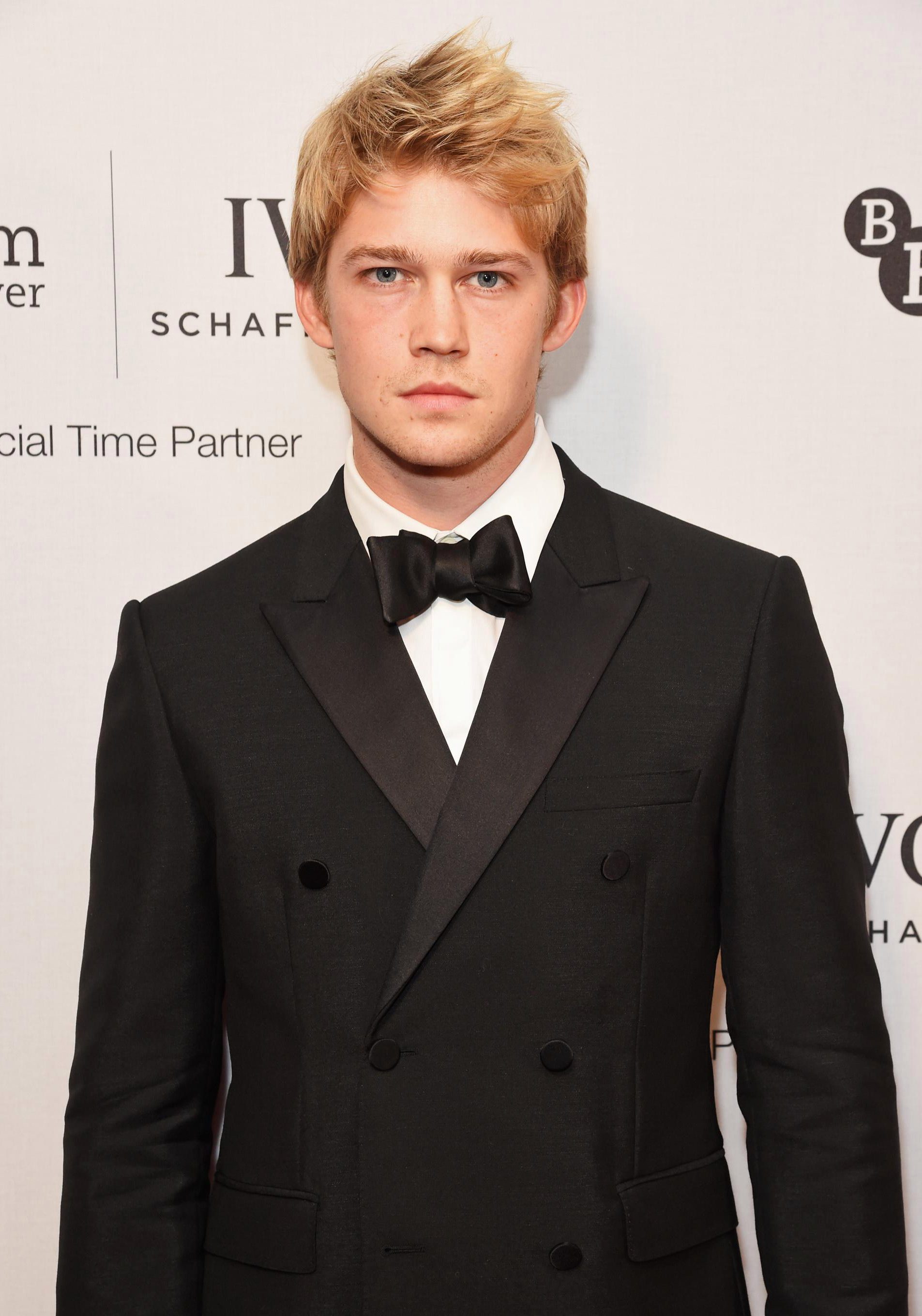 What is Taylor Swift's relationship with Ed Sheeran? Are they friends?

Taylor has been friends with Ed Sheeran for years after he supported her on her 2013 Red world tour.

They even teamed up for hit song Everything Has Changed.

We revealed that Ed has hinted he bedded one of Taylor's "squad" whilst on that tour.

Speaking to Rolling Stone he said:  “I was this 22-year-old awkward British kid going on tour with the biggest artist in America, who has all these famous mates.

“It was very easy. I would often find myself in situations just kind of waking up and looking over and being like, ‘How the f*** did that happen?'” 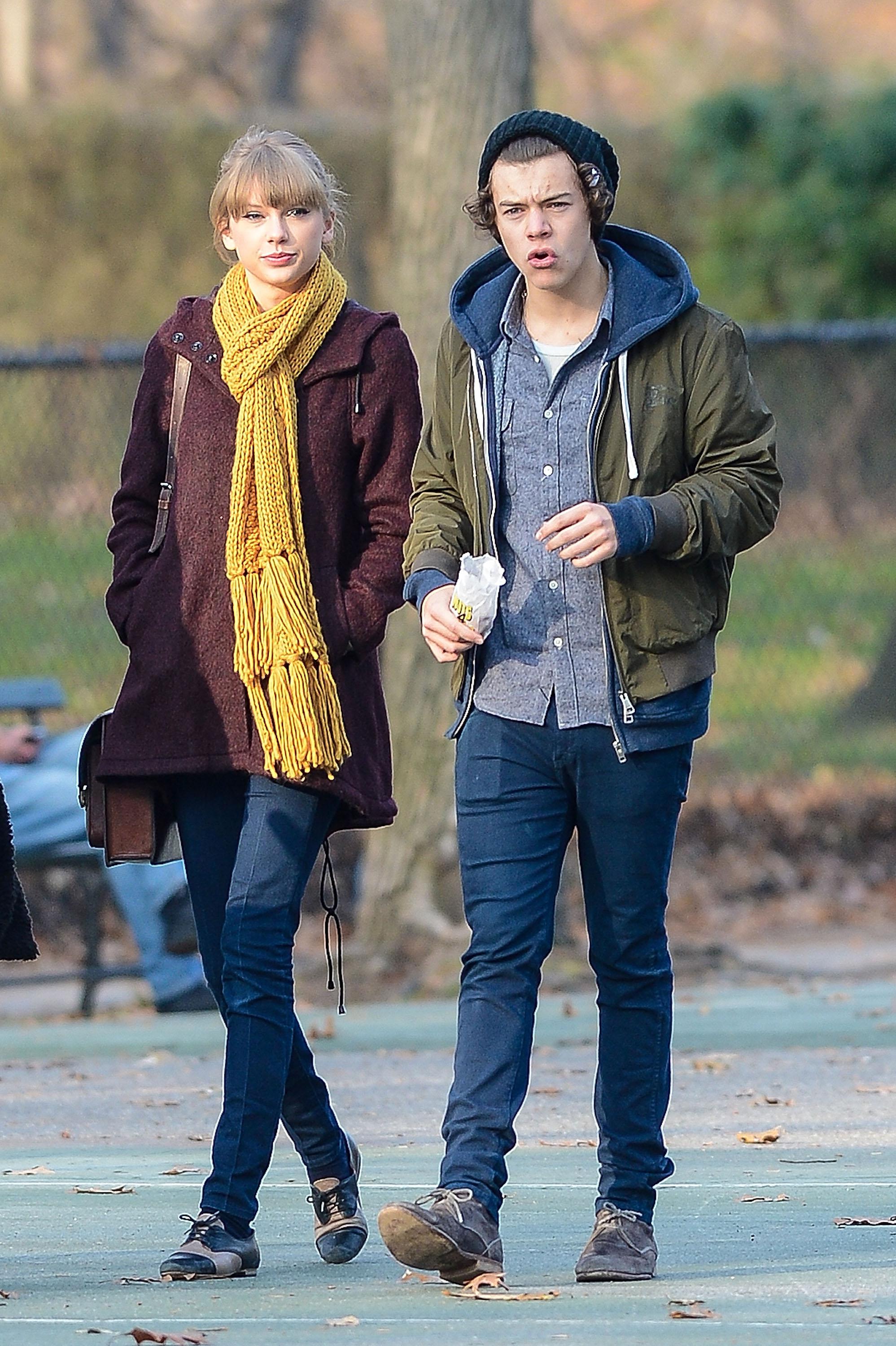 What's she said about politics?

Taylor Swift had famously refused to comment on political affairs in the past, and memorably did not publicly back any candidate in the 2016 election.

In 2012, Swift told Time magazine she didn't talk about politics "because it might influence other people".

However, on October 9, 2018, the 28-year-old uploaded an Instagram post in which she revealed events in "the past two years" have meant she's no longer reluctant to share her views.

Taylor denounced Republican candidate Marsha Blackburn and wrote: "I always will cast my vote based on which candidate will protect and fight for the human rights I believe we all deserve."

Her endorsement of two Democrats has sparked a worldwide response, including from President Trump who told reporters he likes "Taylor's music about 25% less now".

In previous tweets posted in 2012, the US President had described Swift as "fantastic" and "terrific" and thanked her for taking a picture with him.

When is her concert film being released on Netflix?

On her 29th birthday (December 13, 2018), the star revealed that a concert film of her Reputation Stadium Tour was set to be released on Netflix.

It will be available on the streaming platform on New Year's Eve at exactly 12 am.

The movie will feature the US leg of the tour and include special appearances by Charli XCX and Camila Cabello.

While announcing the news, Taylor tweeted:" Thanks so much for all the birthday wishes! Today I finally get to show you something we've been working on for a while… The trailer for the Reputation Stadium Tour!"