Vinny Guadagnino gained notoriety on MTV’s Jersey Shore. Since the MTV series aired in 2009, Guadagnino and his family have been permanently placed in the spotlight. To keep Jersey Shore fans entertained, producer SallyAnn Salsano worked with Guadagnino to create The Show With Vinny.

The talk show only had one season, leaving many fans curious — what happened to The Show With Vinny? 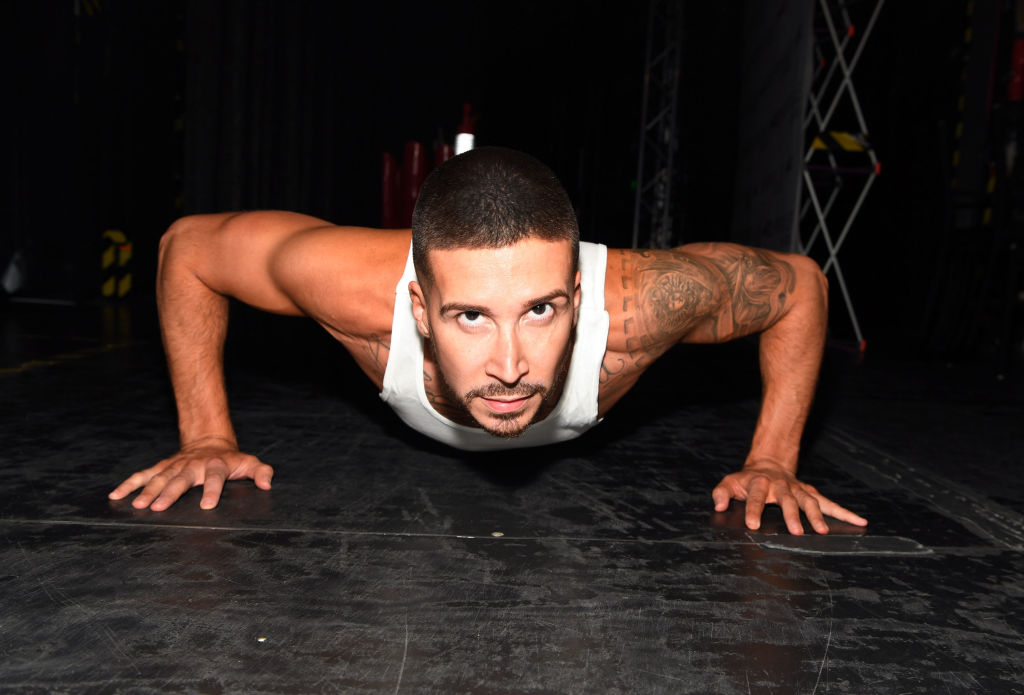 Guadagnino’s series allowed him to host celebrities like Scott Disick and Ciara in his home. “When these people come here, [they are] kind of like fish out of water,” Guadagnino explained to New York Daily News. “The celebrities that get here, they’re like, ‘What the hell do you do on Staten Island?’” Join the Guadagnino’s for an interview, of course! Guadagnino’s mother and uncle were often in on the interviews, too.

Guadagnino’s uncle was most excited about the talk show. “I feel like I’m in my 20s again,” Uncle Nino said, explaining how much he loved the attention and being recognized as “Vinny’s Uncle.” Unfortunately, Uncle Nino’s access to interviewing celebrities would come to an end.

‘The Show With Vinny’ only lasted one season

The Show With Vinny debuted on May 2, 2013. During the show’s 11 episode run, Guadagnino and his family spoke with celebrities like Lil Wayne, Jenna Marbles, Victoria Justice, Mark Wahlberg, Kesha, Iggy Azalea, Whitney Cummings, and Tyler, The Creator, amongst others.

Never a dull moment with Tyler the Creator. #theshowwithvinny

RELATED: ‘Jersey Shore’: Why Hasn’t Vinny Guadagnino’s Dad Been On the Show?

The show concluded on July 11, 2013. Gudagnino interviewed Perez Hilton and Brittany Snow for the finale. There isn’t a specific reason why The Show With Vinny ended. Guadagnino and Salsano have maintained a positive relationship through the years, and continue to do so today.

The most likely reason for the show being canceled was Guadagnino’s schedule. As a popular reality star, Gudagnino was probably pursuing other projects and unable to meet the demands of being on Staten Island to film. Salsano could have had the same scheduling conflicts — Party Down South aired on MTV in 2014.

Vinny went on to do bigger, better things

The Show With Vinny wasn’t renewed, but Gudagnino continues to star in various television series. He and his mother filmed Vinny & Ma Eat America for the Cooking Channel. The mother-son duo traveled across America to consume foods outside of Italian cuisine. Later, Guadagnino returned forJersey Shore: Family Vacation.

Guadagnino continues to works on other shows including Double Shot at Love, which is returning for a second season. Additionally, Revenge Prank will air this summer. Both shows feature Guadagnino’s best friend and Jersey Shore roommate, Pauly DelVecchio.

Of course, there are plenty of series where fans can find Guadagnino in — including in reality! Before the coronavirus (COVID-19) pandemic, Guadagnino had his third residency with Chippendales in Las Vegas.

What’s next for Guadagnino? Jersey Shore: Family Vacation hasn’t yet confirmed another season, but Guadagnino will probably find new ways to keep his fans entertained, regardless of the series’ return.