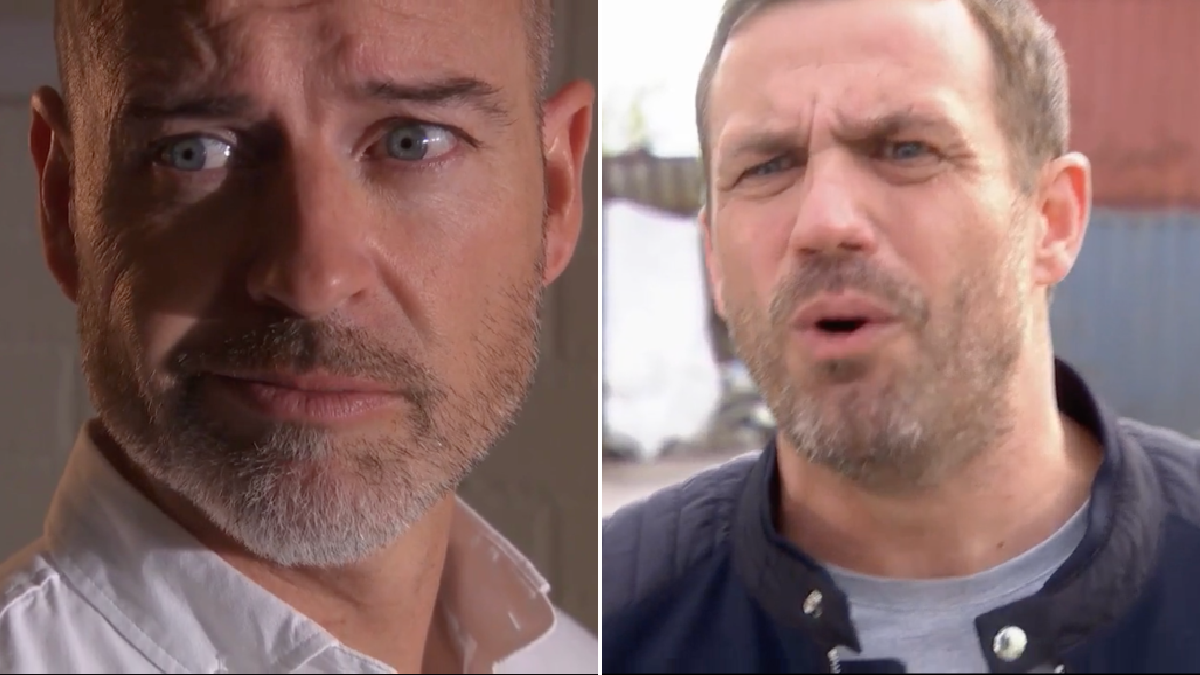 Warren Fox (Jamie Lomas) was hauled away in a police car in Hollyoaks, after Fergus Collins (Robert Beck) set him up for all of his crimes in a superbly unpredictable twist.

With enough evidence to prove that Fergus had been spying on women via hidden cameras and streaming the footage online, Warren set out to confront the property developer and end this nightmare once and for all.

But Fergus had the upper hand, revealing that he’d sold Maxine Minniver (Nikki Sanderson) to a former Bluebird subscriber.

Warren was rendered speechless, and initially refused to believe Fergus’ claims. Fergus, however, was insistent that Maxine’s life is in danger, confirming that Warren is the only one who can save her.

Warren, therefore, agreed to do as Fergus demanded, as he told Joel Dexter (Rory Douglas-Speed) to hang fire on contacting the police about Fergus’ crimes, because Maxine’s life is on the line.

Fergus promised he’d tell Warren all about where Max was being held captive, but only on the condition that he allowed him enough time to leave the village for good.

Warren agreed to Fergus’ terms, and – upon learning of Maxine’s location – he set off to locate her! He arrived at a shipping yard, and successfully found the van in which Max was kidnapped.

Distracting the thugs responsible for the kidnapping, Warren headed over to find Maxine unconscious in the back of the van. He pleaded with her to wake up to no avail.

He was delighted, however, to hear sirens, and soon enough police vehicles and ambulances arrived at the scene.

But not all was as it seems!

DS Cohen (Ariana Fraval) hopped out of one of the cars and proceeded to arrest Warren for ‘attempted trafficking’ and ‘making and distributing indecent images of women’.

Fergus had framed Warren for his own crimes!

Back in the village, Fergus told Trish (Denise Welch) that Warren attempted to have Maxine trafficked, leaving her crushed.

But will Warren go down for Fergus’ crimes? Or will justice prevail?