Poor Hvitserk (played by Marco Ilsø) in Vikings is having the hardest time out of his brothers. The son of Ragnar Lothbrok (Travis Fimmel) is suffering from serious PTSD after his lover, Thora (Eve Connelly), was killed by his brother, Ivar the Boneless (Alex Hogh Andersen). Hvitserk also filled the Seer’s prophecy and killed Lagertha ( Katheryn Winnick) but in reality, all of Ragnar’s sons were to blame for her death. In the promo trailer for episode eight, titled Valhalla Can Wait, Hvitserk can be seen being burned alive at the stake.

How did the real Hvitserk die?

The real Hvitserk ‘White-Shirt’ was one of the sons of Ragnar Lothbrok and his wife Aslaug (Alyssa Sutherland), as depicted in Vikings.

According to ancient sources, after avenging the death of his father, Hvitserk travelled to Gardarike, in the Kievan Rus.

In Vikings season six, Hvitserk’s brother and enemy, Ivar the Boneless is currently in the Kievan Rus.

READ MORE Vikings season 6: Who is Torvi? Is Torvi based on a real Viking Queen? 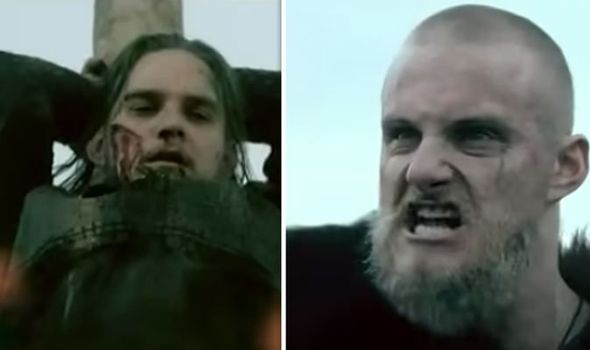 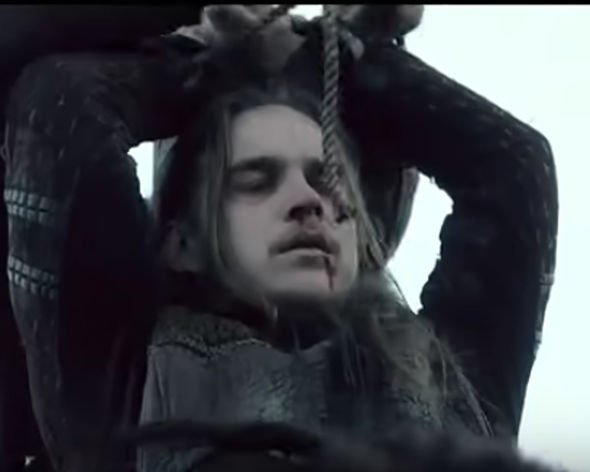 In the series if Hvitserk survives his execution, he may well travel to the Kievan Rus to face Ivar.

The real Hvitserk is believed to have pillaged lands with the Rus Vikings but was defeated on numerous occasions.

According to the Nordisk familjebok, the Swedish encylopdia published between 1904 and 1926, when Hvitserk was asked how he wished to die, he chose to burned alive at the stake.

As the real Hvitserk was burned at the stake, this suggests Hvitserk in the series may be killed in the same way.

Show creator Michael Hirst has combined historical fact with fiction throughout the series, so it will be interesting to see what he has in store for Hvitserk’s fate. 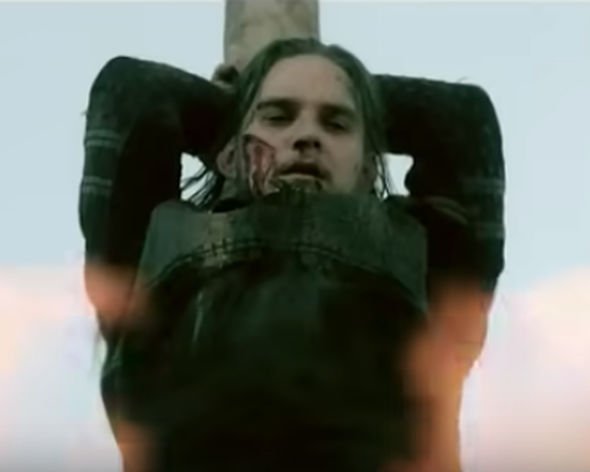 The real Hvitserk was not burned alive by his brothers, but he was burned at a stake, consisting of human remains.

Viking fans have been hoping Hvitserk will survive the impending execution somehow.

Throughout the series, Hvitserk has been experiencing hallucinations as a result of his PTSD, so his death could be a figment of his imagination.

There is also an impending attack on Kattegat, so perhaps Hvitserk’s execution will be interrupted and he will only suffer injuries.

One fan commented: “If they truly burn Hvitserk, I’m going to be pretty upset… Not because they’re killing off the character, (even though it upset me that no one truly helped him while he was suffering) but because they showed that clip in the season 6 trailer.

“How could they show them killing off a main character in a trailer?”

A second fan tweeted: “I’m sad to think they can compromise ubbe’s development; he is an incredible character, he has always been a good brother, a fair person, and now he will watch bjorn punish hvitserk? and will not do anything to prevent it?

“please hirst, don’t do that.”

One fan even suggested Ivar would save him.

They suggested: “ivar saves hvitserk at the last minute, helps him heal and clean up.”

However, there is a huge possibly that Hvitserk will be executed in Vikigns season six, considering he is semi-responsible for the death of the famous sheildmaiden Lagertha.

Lagertha has been severely injured by Whitehair and collapsed on the street, where a heavily drug and alcohol induced Hvitserk came across her.

Armed, Hvitserk began to hallucinate he could see a huge serpent on the ground which represented Ivar’s presence.

Taking matters into his own hands, he stabbed the serpent to death, believing it to be the body of Ivar.

In reality, he had attacked a severely injured Lagertha who lay dying in his arms.

His half brother Bjorn Ironside swore to avenge his mother’s death at her funeral in episode seven and it looks like has done just that. 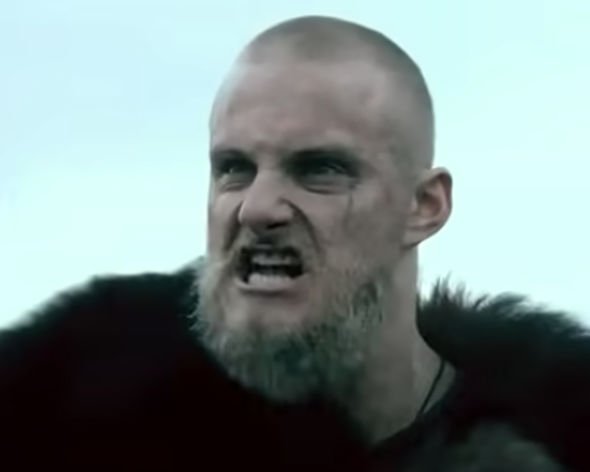 The trailer then show’s scenes of Hvitserk being tied up to the stake to be burned alive.

Bjorn then says: “Light the fire” as flames surround Hvitserk.

Killing off a major character would not be unusual for Vikings, considering the the show’s lead character, Ragnar Lothbrok, was killed in season four.

Fans will just have to wait and see what happens in the next episode of Vikings.