Throughout season six of Vikings, many of the characters travel beyond the borders of Kattegat. For instance, Ivar (played by Alex Høgh Andersen) takes the Norwegian troops to England where he starts a war with King Alfred (Ferdia Walsh-Peelo) and pillages villages in Wessex. But it’s Ivar’s older brother Ubbe (Jordan Patrick Smith) who embarks on a much more dangerous mission to find the promised “golden land” and will eventually find himself on a whole new continent.

In the second half of season six, Ubbe is leading an expedition across the seas taking his own family as well as Kjetill (Adam Copeland) and his son Frodi (Scott Graham).

Also joining is Othere (Ray Stevenson), who first spoke of the golden land as a place of riches he found during a voyage that almost cost him his life.

Before reaching any land, Ubbe’s wife Torvi (Georgia Hirst ) loses her daughter Asa (Elodie Curry) who is washed overboard after seeing the mythical sea snake Jörmungandr and is lost.

Eventually, they find an island, but it’s far from the “golden land” Othere described. 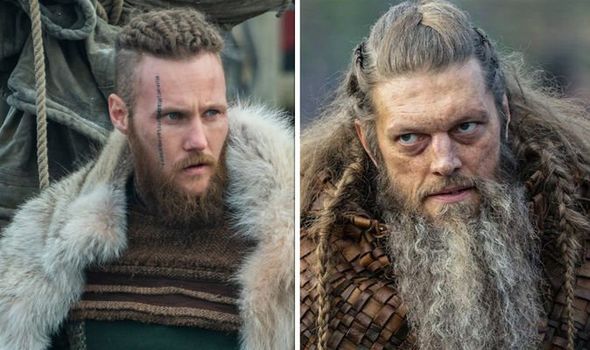 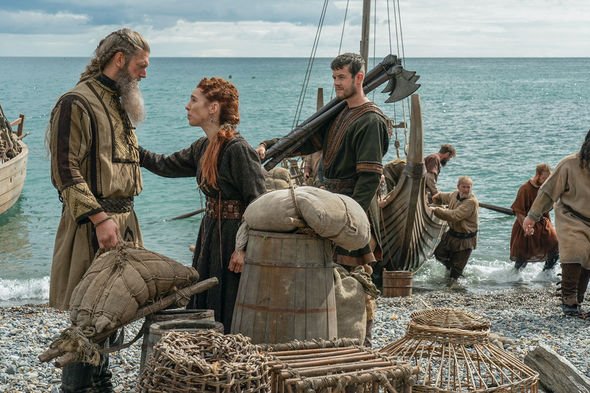 As a joke, Kjetill names the new land “Greenland” and they divide it between the settlers’ families.

The lack of food though makes tensions rise until Frodi discovers a beached whale on his and Kjetill’s land.

Kjetill however refuses to share the whale with the rest of the settlers so a fight breaks out and Ubbe is forced to kill Frodi in self-defence when he tries to break it up.

Othere then drags Ubbe out of the fight and they flee to their ship with Torvi and the more levelheaded settlers while an insane Kjetill is left standing atop the whale declaring himself King of Greenland. 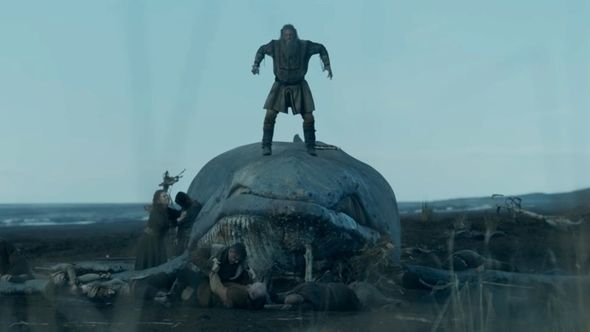 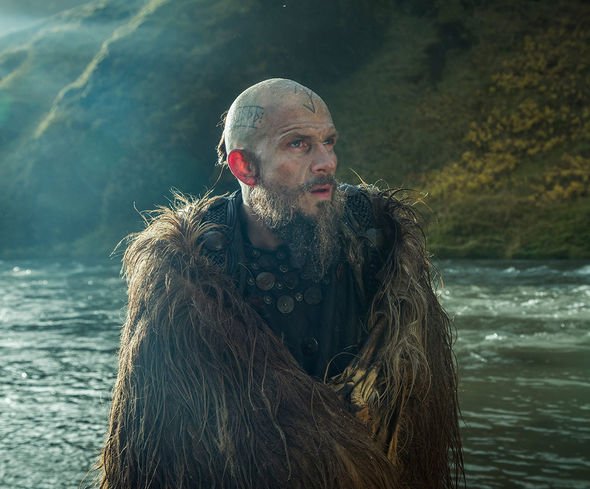 However, fans are now wondering why Ubbe decided to flee rather than fight since going back or reaching any other land without food would be impossible.

On Reddit, one fan complained: “Why are they all running and going away with the boat with 0 food/water when they are with way more than Kjetill’s family? just kill him and ur done???” (sic)

“I thought the same thing! Ubbe could take him on by himself! I was like, seriously?? Just kill the idiot,” agreed another viewer.

Another fan replied with their own observations: “That’s definitely stupid. The only explanation for this is that they become scared at Kjetill ’s fury and feel they need to immediately leave this cursed land because the Gods do not want them there. But that’s indeed a kinda plot hole.”

Someone else thought that maybe Ubbe decided he didn’t want to be like Kjetill, who revealed to Ubbe he wanted in on the expedition to find redemption for killing Eyvind’s (Kris Holden-Reid) family.

Back out at sea, Ubbe’s expedition on a meagre food supply manages to make it to the shores of Newfoundland.

Amongst the many riches of the land, they discover signs of previous Norse settlem

As they explore the land, they are captured by native warriors and are later introduced to the tribe’s chief, who seems to speak a bit of Norse.

Ubbe is told of another Nordic explorer who appeared in their land before their arrival: a man named Floki (Gustaf Skarsgård) who tells him how he travelled to the new land from Iceland after being disillusioned with the settlement there.

Meanwhile, another of the settlers find some gold in this new land, which points to this being the land Othere was describing.

In the show’s final scenes, Ubbe and Floki are discussing on a beach and Floki advising Ubbe to let go of the past.

Vikings is available to stream on Amazon Prime Video now.