People are taking one massive leap of faith to go on televised game shows, and in this case, we bet a bunch of Wheel Of Fortune contestants are really wishing their knowledge of idioms wasn’t broadcast live to the nation.

Contestants on the US game show have become a bit of a laughing bag on Tuesday after a clip of them attempting to solve what is considered, clearly not to all, to be a fairly well-known phrase was branded ‘painful’ by baffled audiences playing on from afar.

The contestants had just four letters left blank – practically a gimme at that point – as they attempted to solve a phrase that read: ‘Another feather -n yo-r -a-‘.

What proceeded was a couple of minutes of ‘screaming at your screen’ content, as the three contestants tried, and failed numerous times, to get to the final answer.

And according to armchair contestants watching on from home, the education system needs to be overhauled in response.

You see, it was the final word that seemingly had them stumped, as they tried ‘hat’ while another asked for the letter G – seemingly to make the word ‘gap’. 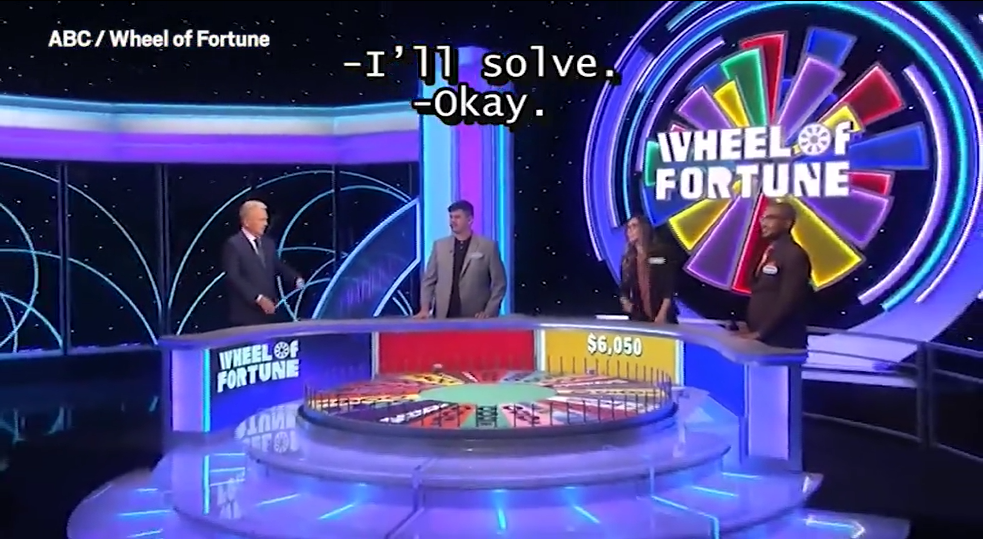 After Thomas went bankrupt and was locked out from guessing, Laura tried ‘Another feather in your lap’.

Christopher asked for the letter D, god knows why, before Thomas was again skipped after spinning the wheel and landing on ‘lose a turn’.

Laura went for the letter P…before guessing ‘Another feather in your map’.

IN YOUR MAP, LAURA?!

After Christopher was locked out, Thomas guessed a C before putting everyone out of their misery and guessing the phrase ‘Another feather in your cap.’

For the initiated, ‘another feather in your cap’ is an English idiomatic phrase believed to have derived from the general custom in some cultures of a warrior adding a new feather to their head-gear for every enemy slain; today more referring to any laudable success or achievement by an individual that may help in the future.

Still, of course this clip is now doing the round on social media, with perplexed punters scratching their noggins over the mishap, with some suggesting this was a Saturday Night Live skit and not a totally sincere attempt to guess the phrase.

Others found a nifty new phrase to add to their arsenal, as one wrote: ‘I’ve decided I’m going to use the new saying ‘a feather in your map’ from time to time. Figure why not?’

‘This couldn’t be real. If so, then this country has failed miserably in education,’ one suggested, as another wrote: ‘Had I been in the audience, I would’ve been escorted out for sure.’

According to another who’s clearly a bit of a wordsmith: ‘I bet Wordle blows their minds.’

One clip shared by a Wheel of Fortune fan, who wrote ‘I’d like to solve … ANOTHER FEATHER IN EVERYTHING BUT YOUR CAP’, has hundreds of thousands of views.

They added: ‘Thank you, Wheel, for not editing out 6 of these 8 lost turns in a row like you normally would.’

We’d also like to thank the producers for brightening up our day with those few manic moments of madness.