TCA 2019: “My fear, had we just left all the pieces in place, is that that soap opera element would start to feel like nostalgia,” Thomas says 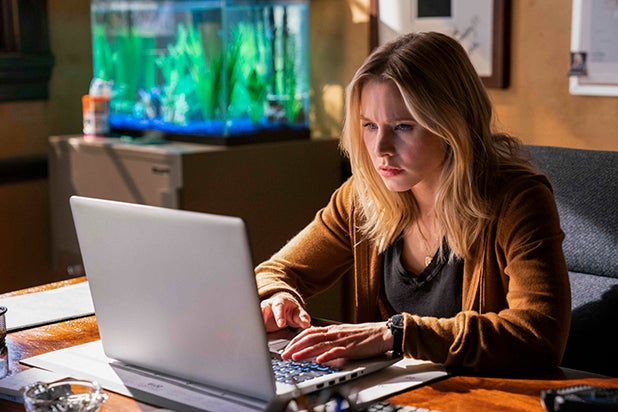 In the closing moments of Hulu’s “Veronica Mars” revival, the show’s heroine detective drives up the California coast, leaving behind the fictional hometown that’s served as the backdrop for every previous iteration of the show. According to series creator Rob Thomas, she’s gone for good — as is the version of the show fans have come to know.

“This could all change, but the idea I’ve been noodling with is this sort of Agatha Christie-type murder in a country manor,” Thomas told TheWrap when asked about the possibility of a fifth season. “Not literally that, but the idea of that. Sort of, one kickass location, a limited set of suspects. I really want to lean into it being a pure mystery show on the next one.”

That’s quite the departure because when the Kristen Bell-led series first aired nearly 15 years ago — first on UPN, then on The CW — the show’s trademark was its unique blend of hard-nosed detective noir with soapy teen drama. Even its 2014 “Veronica Mars” movie returned to that winning formula by using the framework of a nostalgia-soaked high school reunion.

This newest revival, however, sees Veronica Mars fighting against those constraints, only to blow them up entirely in the season finale. Across eight episodes, Veronica is forced to confront the idea that she may have outgrown the life and relationships she’s developed in Neptune — or worse, they’ve outgrown her.

“Usually it’s men who get that Is it time to grow up? story.” Thomas said. “I wanted Veronica to get that story. Take this character who spent her teenage years photographing infidelity, and try to figure out if she’s ready to settle down, get married, have kids, a mortgage, live life less adrenalized.”

It all culminates in tragedy when Veronica’s long-term will-they-or-won’t-they with Logan (Jason Dohring) is finally resolved with a wedding, followed quickly by an unfortunately timed car bomb. The tragedy, coupled with the changing face of her hometown, spurs Veronica to realize that she’s ready to move on; to seek a new life for herself somewhere beyond Neptune.

Logan’s shocking death has divided fans, and Thomas knows he runs the risk of alienating some of the more diehard “LoVe” shippers who wanted a happier ending for the couple. But the showrunner says by letting go of some of the show’s more familiar elements — the romantic drama, the familiar setting, Veronica’s high school friends, Logan — he’s placing a “big bet” on its continued life.

And while Hulu hasn’t formally renewed the show for another season, Thomas says he’s “optimistic” that the newly grown-up “Veronica Mars” will be back for more.

“My fear, had we just left all the pieces in place, is that that soap opera element would start to feel like nostalgia,” he said. “That it wouldn’t feel fresh. We’d be reworking storylines that we’d been doing for many seasons. I want to position us more like ‘Sherlock,’ where we can come back from time to time to do these big mysteries. I think the show has a better chance of survival as a mystery show than as the teen soap it was in 2005.”

That the show needs to evolve to survive may not be the answer some fans want to hear, but if there’s one thing Thomas and “Veronica Mars” know well, having lived on three different networks, as one of the most successful crowdfunded films in history and as a series of novels, it’s how to survive.