Tom Hardy reprises his role in the Marvel-owned Sony-produced series Venom later this year. The new trailer for the second film in the franchise, Venom 2: Let There Be Carnage, was released today, showing off just how much of a threat Venom’s biggest nemesis is.

Hardy takes on the role of Eddie Brock once again, a reporter in San Francisco working on stories to make himself a respected journalist.

However, it looks like has a lot to prove in the new trailer, as Woody Harrelson is back in full force as Carnage.

Harrelson had a brief cameo in the first Venom movie after the credits rolled.

He plays noted Marvel serial killer Cletus Kasady, who gets a symbiote of his own. 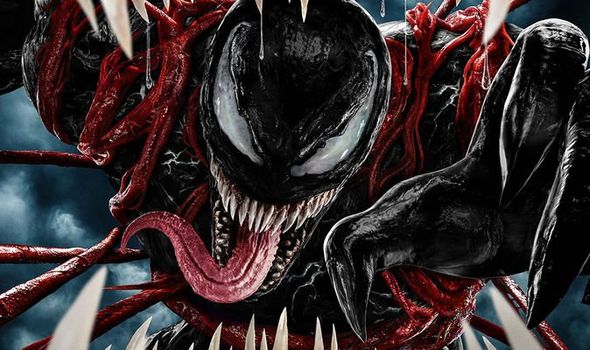 His powers are quite different, however, as Carnage has the ability to shape his limbs and tendrils into weapons and sharp objects.

This will obviously pose quite a threat to Eddie, Venom and any innocent bystanders he may come across.

Unlike other Marvel villains, Carnage and Cletus are psychotic killers who look to cause harm wherever they can.

This means Venom will be working to save the residents of San Franciso.

It has recently been rumoured that Sony’s Spider-Man (played by Tom Holland) could be making an appearance in the upcoming movie.

Considering Spidey’s next film, No Way Home, is going to venture into the Spider-Verse, Peter Parker could cross dimensions and meet Venom for the first time.

This would be a momentous event considering Venom is Spidey’s nemesis and having them both on screen at the same time would please countless Marvel comic book fans.

Earlier this year We Got This Covered reported Marvel boss Kevin Feige was keen to get Hardy on board in the ongoing MCU.

They also explained that if fans did see Venom make an appearance opposite Spidey, it would most likely be in tandem with other members of the Sinister Six.

Currently, The Vulture (Michael Keaton) and Scorpion (Michael Mando) have already made an appearance in Spider-Man: Homecoming.

Jared Leto is also starring in another villain-focussed movie, Morbius, as the titular character.

With Morbius in tow, as well as Venom, Spidey has quite the collection of foes to battle against going forward.

However, further rumours have suggested he will be going up against these enemies alongside former Spider-Men actors Tobey Maguire and Andrew Garfield.

This would create a live-action Spider-Verse situation, wherein the characters would be fighting for the safety of multiple universes.