THE Spice Girls were a member down after Victoria Beckham decided against joining their reunion – but they’ve gained a new one in DIPLO.

The US DJ is helping to launch their comeback with a collaboration after sampling one of their biggest hi ts for a smash ­summer single. 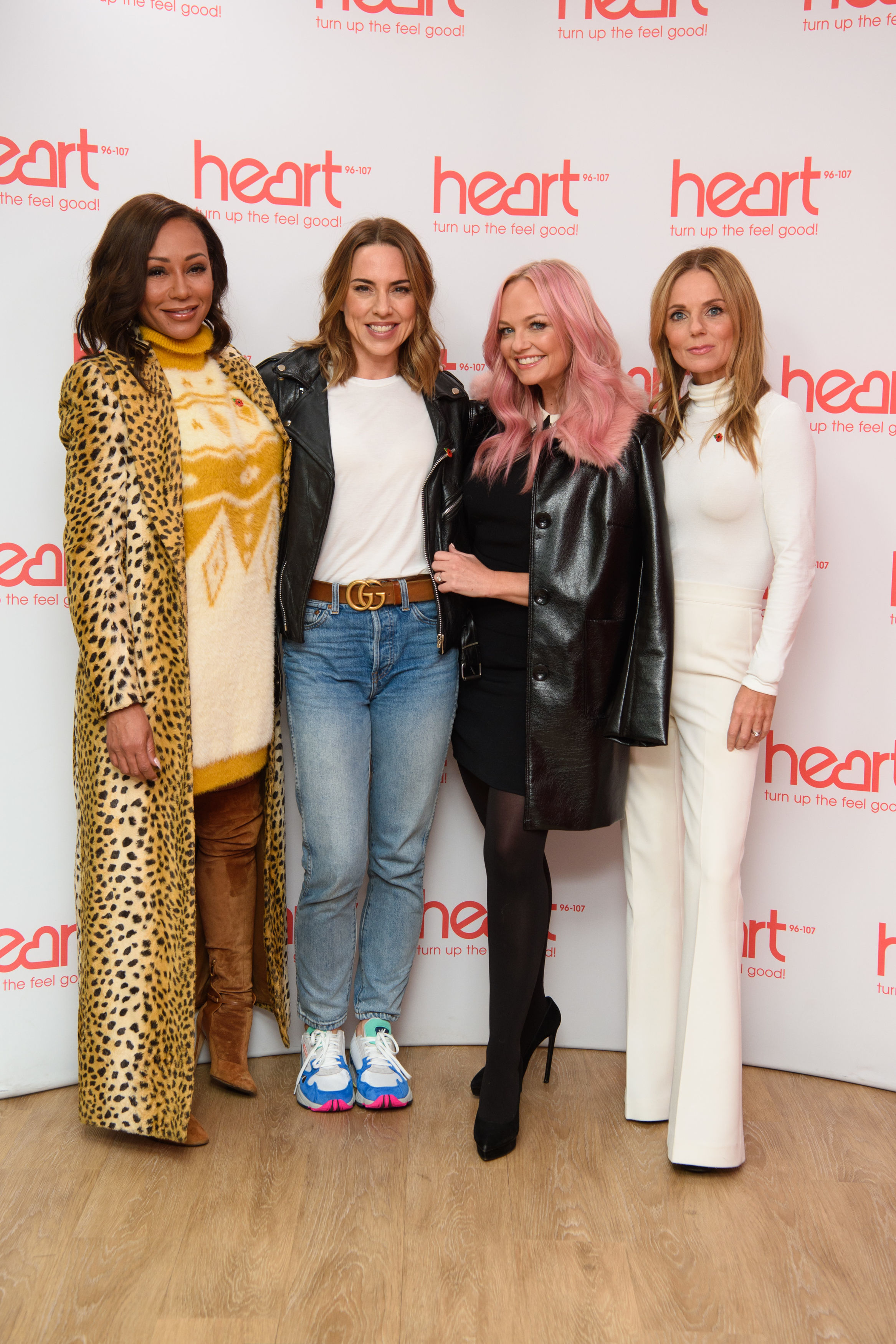 Geri Horner, Mel B, Emma Bunton and Melanie have given their blessing for him to use their music to ­help celebrate their legacy.

And it’s likely to be the closest fans get to the group returning to the charts, following Mel B and Geri’s row this week over Mel’s claims they had sex in the ­Nineties.

A Spice source said: “Diplo is a big Spice Girls fan and wants to introduce their music to a new generation.

“There is so much renewed interest in the girls ahead of the tour and he has reworked one of their best-known songs for a 2019-style tune. The girls gave their approval after hearing it and are all excited about its release.” 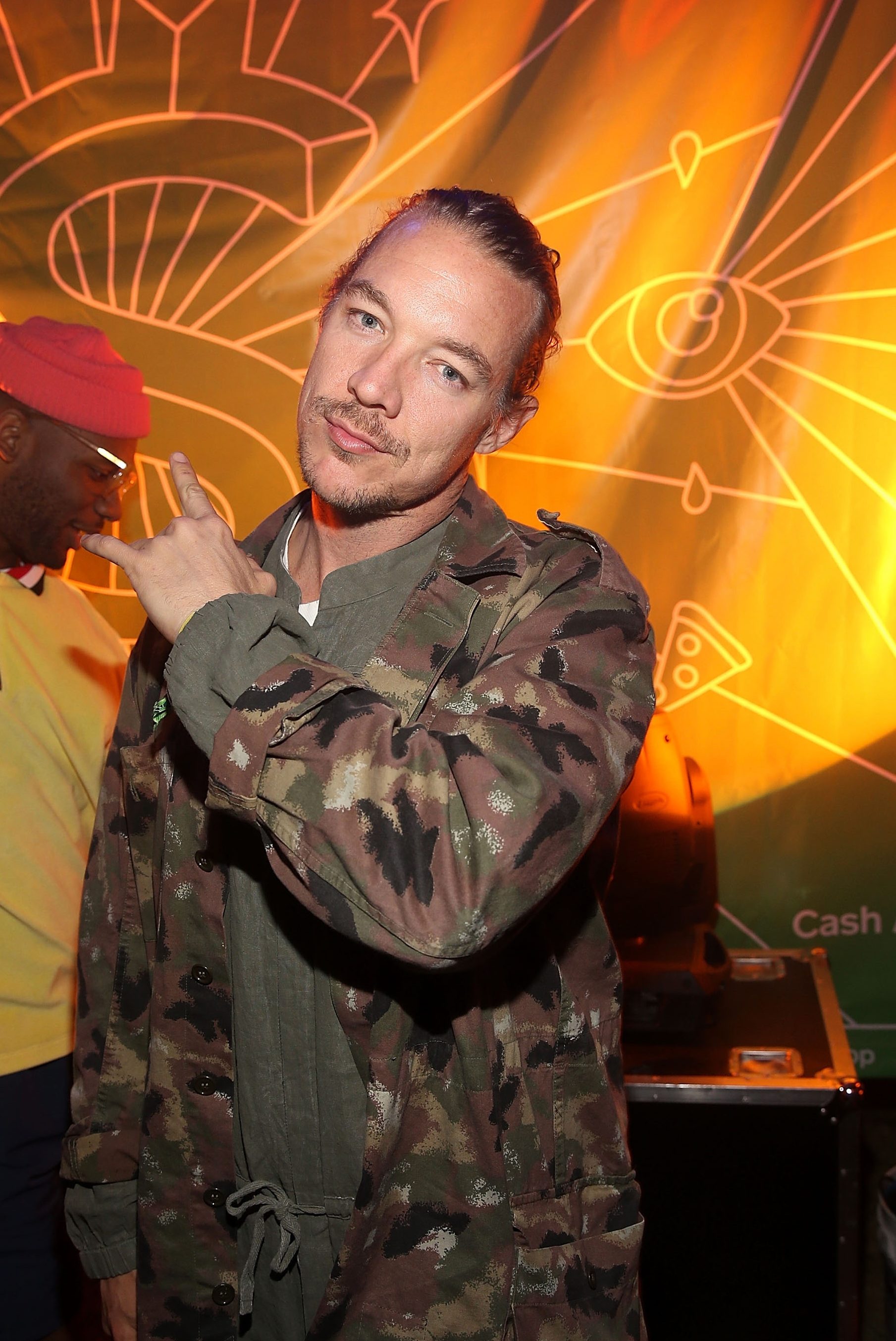 Diplo, who has worked with ­Justin Bieber, Dua Lipa and Madonna, has proved to be a massive fan of the girl group.

Last year he teased he had recorded a new version of Wannabe with Charli XCX and last month performed a cover of the song with US singers John Mayer and Halsey.

The Spice Girls will kick off their 13-date reunion tour in Dublin on May 24 and are set to begin ­rehearsals next month.

The girls previously said it was unlikely their comeback would be accompanied by fresh songs, although last month Emma gave hope to fans. She said: “We haven’t started writing or ­anything like that and it would have to be organic. 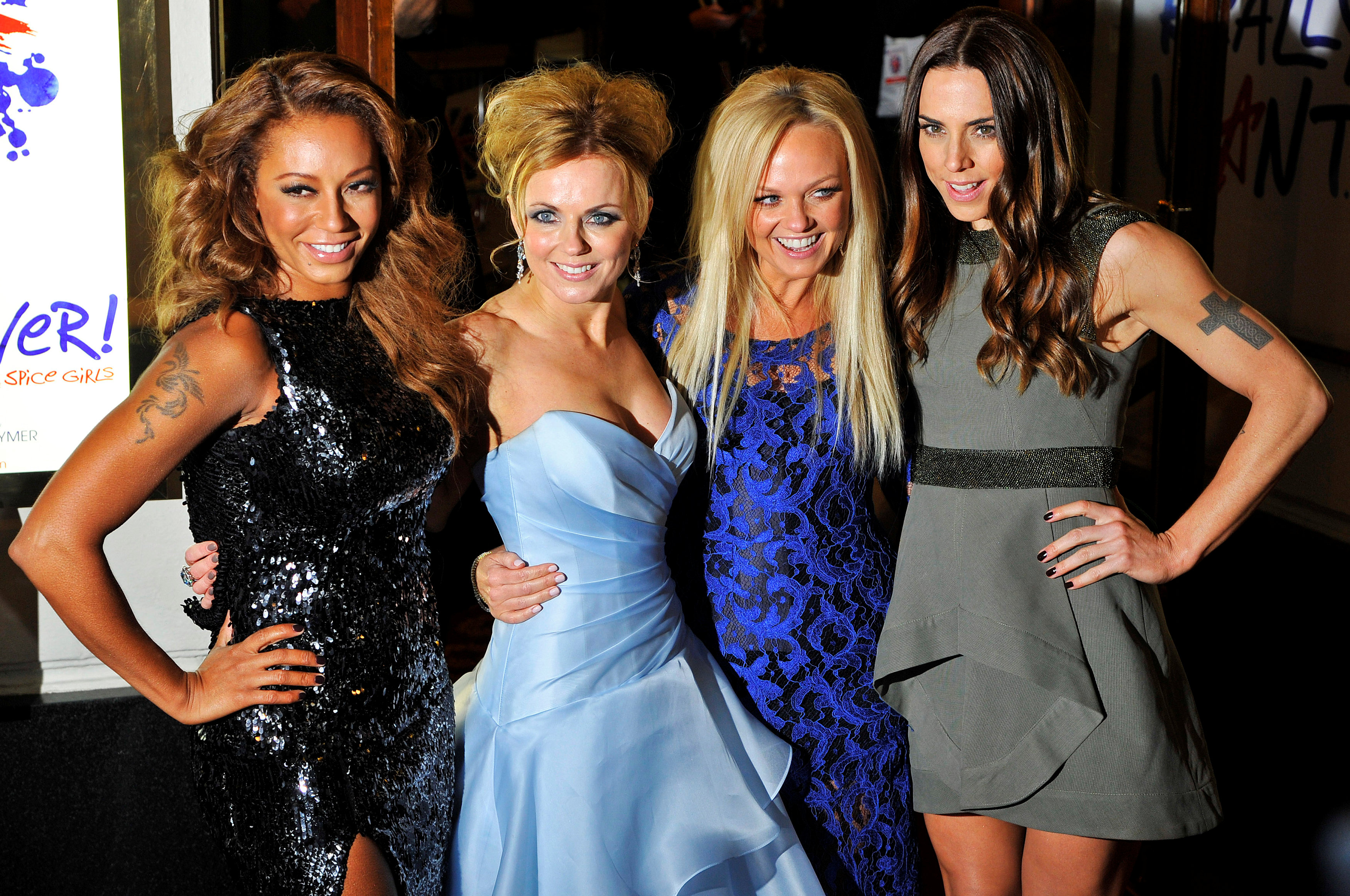 “So we’ll have to see. After the tour maybe, or ­during the tour I think, ­especially with us girls. We’re always like, ‘What’s next?’ So it could ­happen. Who knows?”

With Geri and Mel B already at each other’s throats, I can’t see that happening.

ELLIE Goulding opens up about her wild teenage days experimenting with booze and boys on her next single. 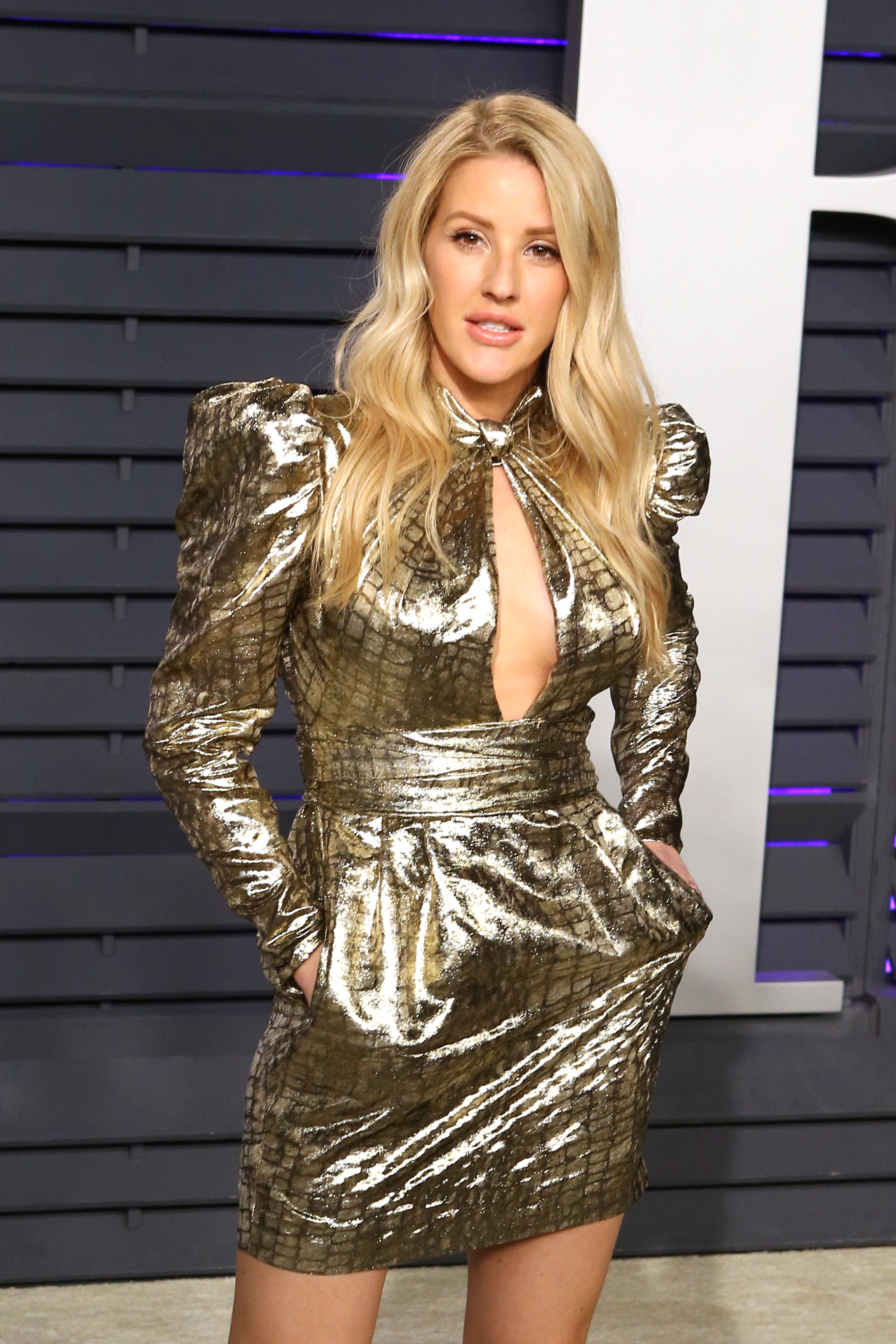 The singer is advertising for a lookalike actress to play her younger self in the “nostalgic and gritty” video for the song, called 16. The storyline will see her and her childhood pal rebel against their parents, flirt with lads and try alcohol.

An industry insider said: “It’s a project close to Ellie’s heart. The video will see her younger self laugh, cry and get angry as she deals with angst and teen hormones.”

Filming will take place over the next few weeks and the track will be released next month. Asked about her teen years in 2014 by chat-show king Sir Michael Parkinson, Ellie recalled how she feared ending up on the streets at one point.

She said: “I nearly did go down that path. I was a bit of a rebel when I was 14. People would call me a goth. I had long black hair, piercings and I liked heavy metal music.”

When Michael asked: “And drugs?”, Ellie added: “Yeah. I had a period of drinking and being crazy.”

SCARLETT Moffatt says she is “smitten” with her new man, PC Scott Dobinson, after I revealed the pair are now dating.

She told my Sun columnist colleague Lorraine Kelly: “He is very lovely. He’s got a proper job – my mum is so happy.”

Reach for the Zars

ZARA Larrson’s new tune is a perfect dance hit – and the Swedish singer looks ready to bust some moves. Zara is pictured here in a promo for her latest single Don’t Worry Bout Me, which is out today. It’s a thumping banger – the ideal follow-up to Ruin My Life, which reached No9 last year. That was her sixth Top Ten song, and she will be hoping this takes that total to seven.

The tune will feature on her as-yet-untitled third album, which is expected to be released later this year.

And Zara won’t compromise when it comes to the record. She tweeted: “Do exactly and whatever you want. ’Cause in a few decades you’ll be dead and it would be very sad to live a life for ­others and not yourself.”

GAME Of Thrones star Sophie Turner has revealed therapy turned her life around after she spiralled into depression. 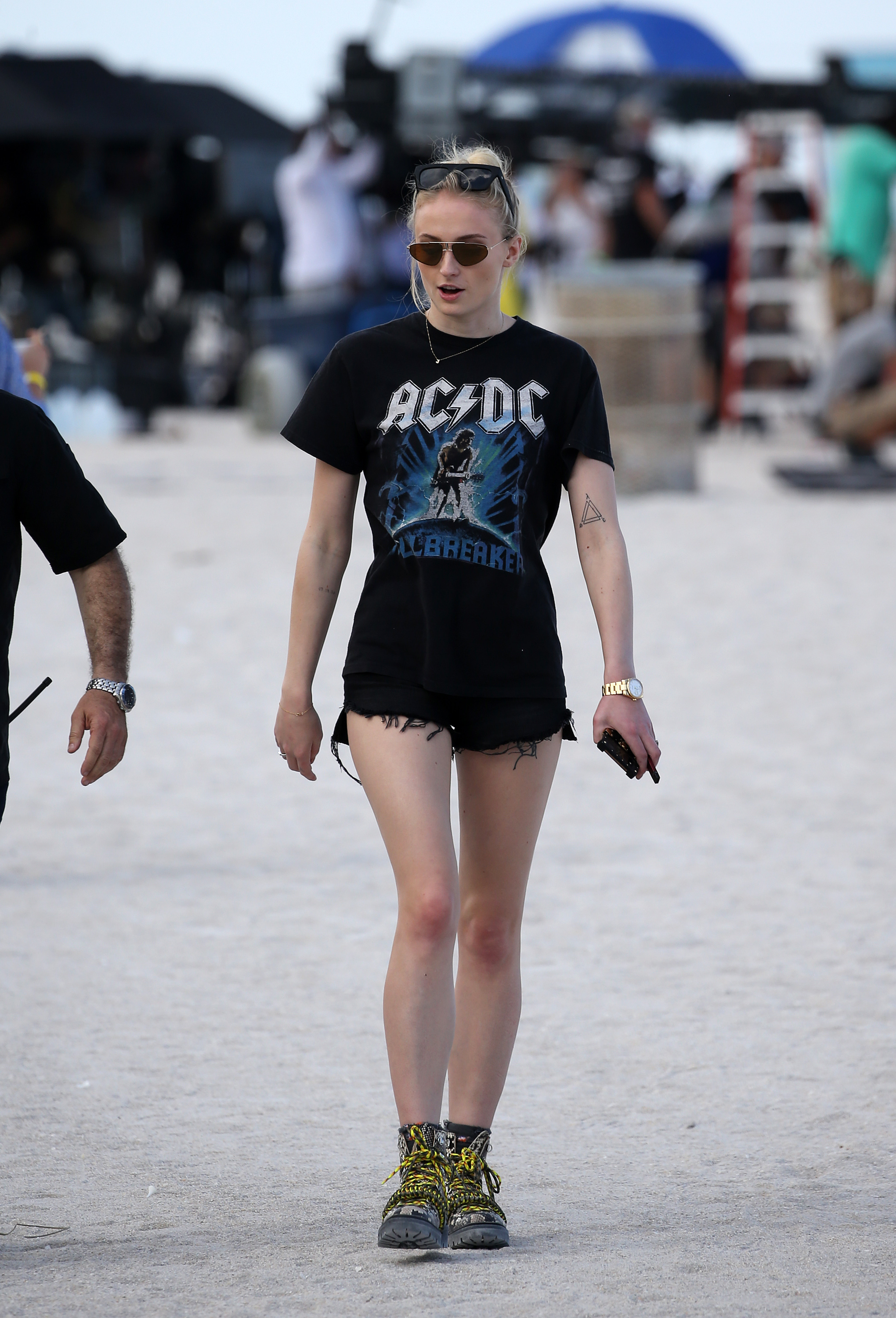 The actress has never shied away from talking about her mental health battle and takes medication to help her cope.

Sophie, who plays Sansa Stark in the hit HBO series, revealed that her emotional personality has led to her lying in bed at night “crying for my character” because of all the hardships she has endured during the series.

She said: “I’m just a nervous wreck at the moment. Depression for sure, anxiety, all of those things.

"I still experience it, but I had therapy, I’m on medication, and I feel so much better. The fact that I spoke to someone changed my life.”

IT is a decade since Robbie Williams and Olly Murs sang in the X Factor final together. Now Robbie has confirmed another tie-up is on the cards. In fact, he reckons there is nobody he would rather work with. 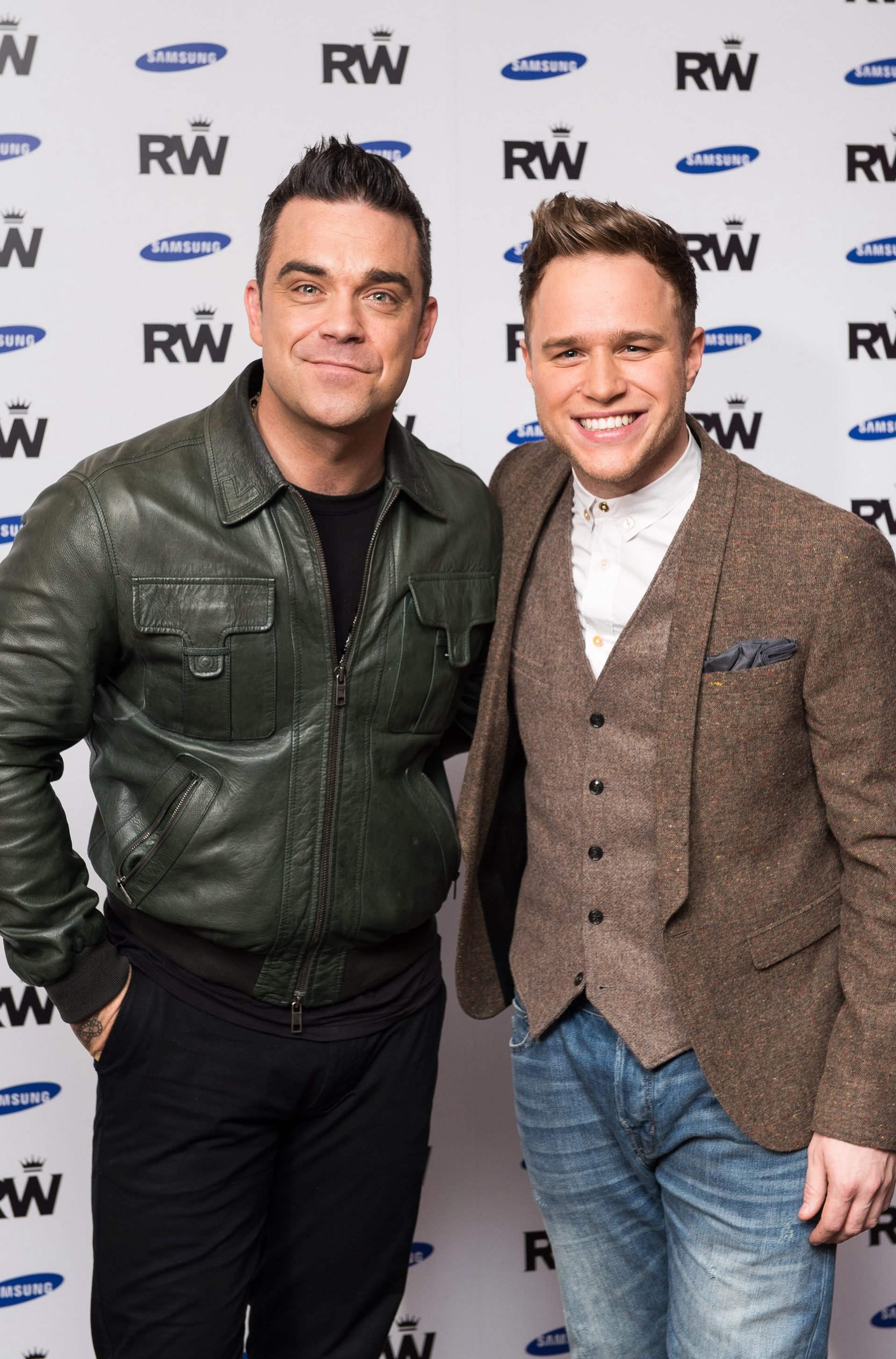 The former Take That star said of Olly on Instagram Live: “I’d like to do another duet. I don’t think there’s anybody I’ve ever performed with that I feel more comfortable on stage with.

“Me and him have, sort of, a telepathic vibe going on on stage. I’d love to do a bit of work with Olly. We’re trying to figure out what it is and when.”

Robbie will be putting all work on hold for the final series of Game Of Thrones next month.

Speaking about his obsession with the raunchy fantasy drama, he said: “I just love t*ts and dragons.”

SINGER-songwriter Becky Hill has teamed up with hot UK house act Weiss on euphoric single I Could Get Used To This, out tomorrow.

It follows the success of her Jonas Blue collaboration Back & Forth last year.

MARTIN Kemp and his wife Shirlie Holliman could get their own reality show, especially if their DJ son Roman has something to do with it. 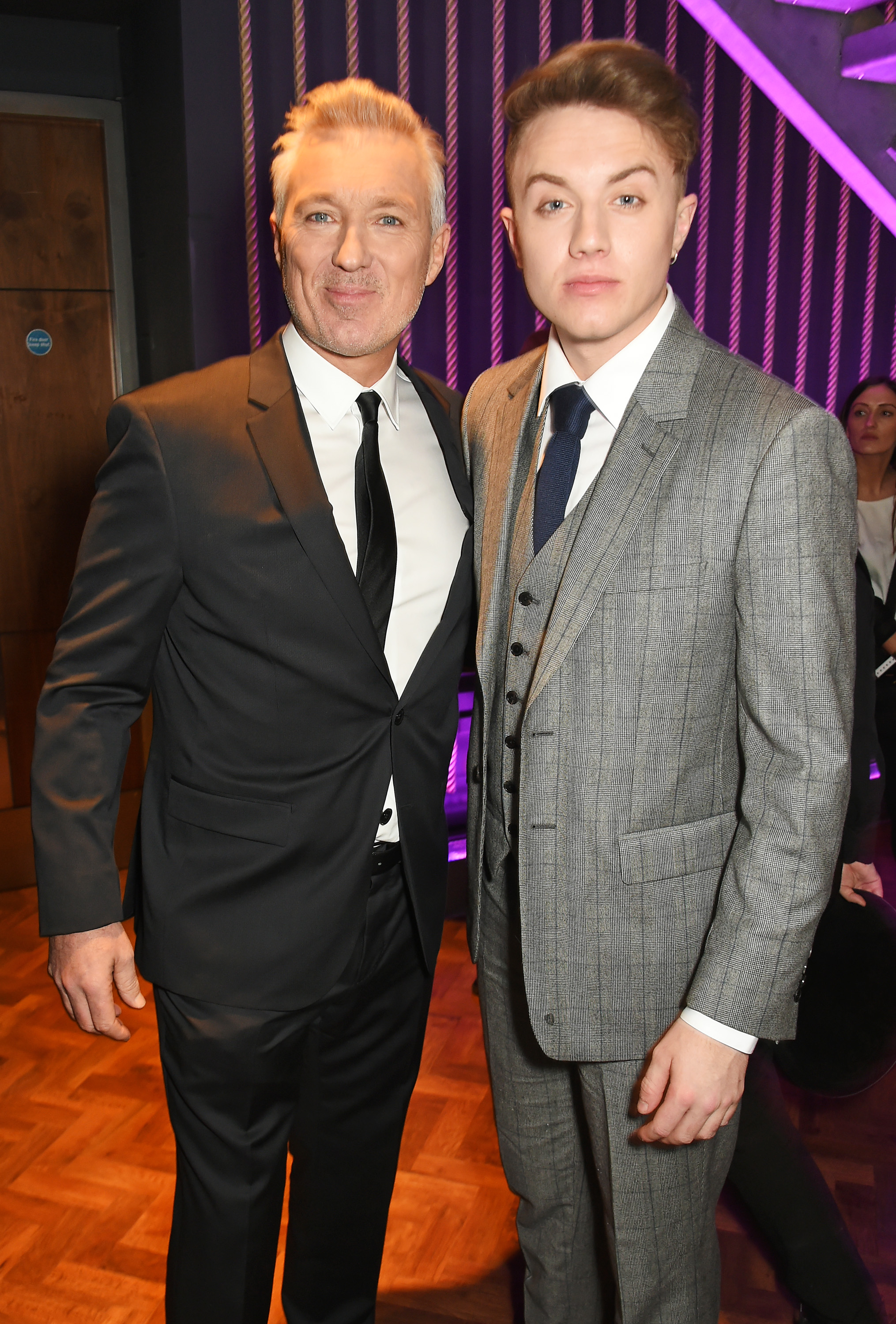 The Spandau Ballet star revealed the family once had talks for their own TV series, like Ozzy and Sharon Osbourne's hit show The Osbournes. Martin said: “We were talking about it a few years ago but it never developed.”

But after Martin and Shirlie took part in the BBC series Eight Go Rallying: The Road To Saigon, Capital breakfast host Roman teased there is renewed interest.

He said: “It’s difficult because we’re all in different countries so much. But when my mum and dad did The Road To Saigon, it was so good. I’m the one going, ‘Accept the offer’. I think they’re great on TV. They’re just funny.”

Love Island babe Kaz Crossley is no stranger to leaving her rivals in the shade. 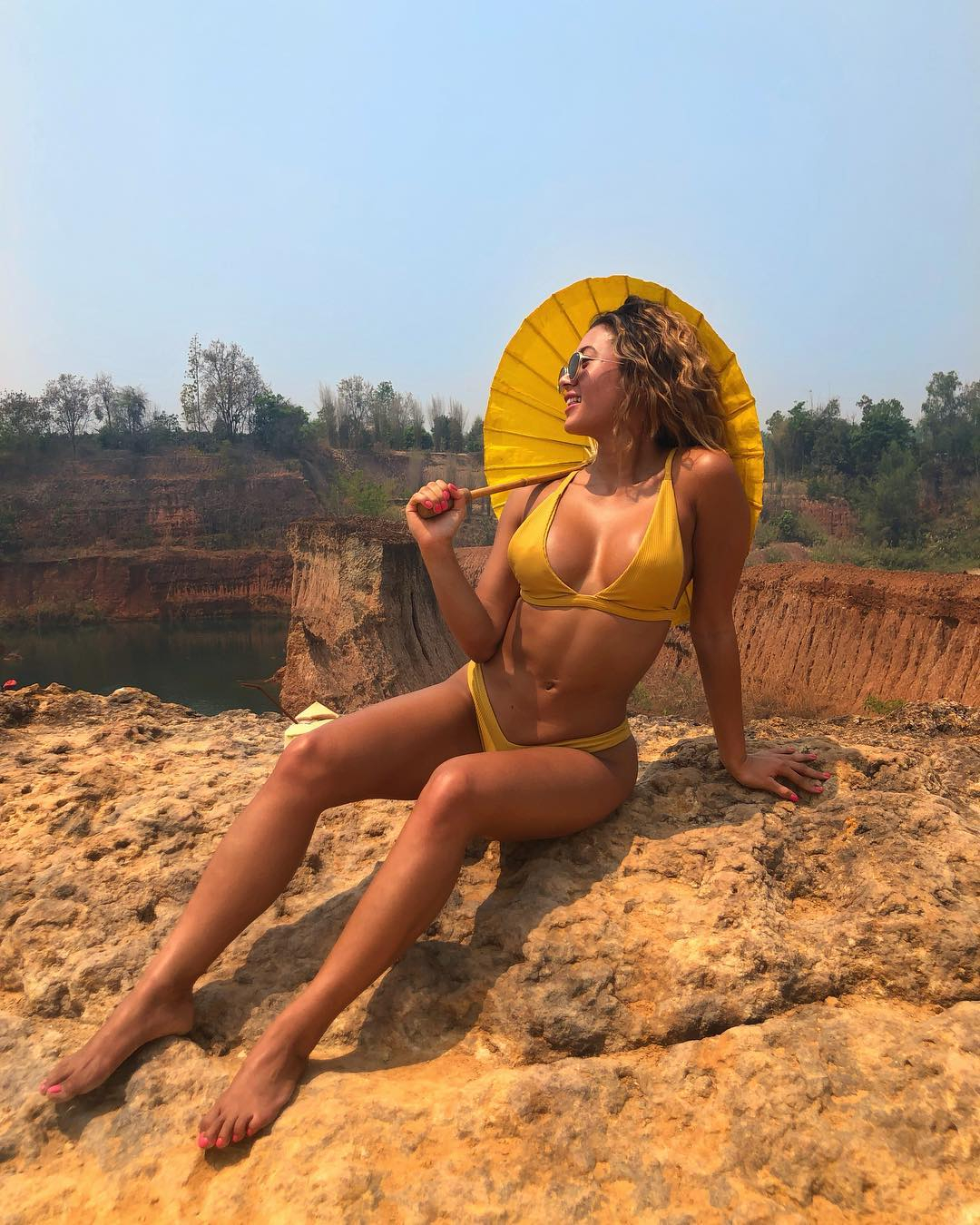 Bebe's shine of the times

BEBE Rexha made sure she stood out from the crowd during a night out in Los Angeles this week. 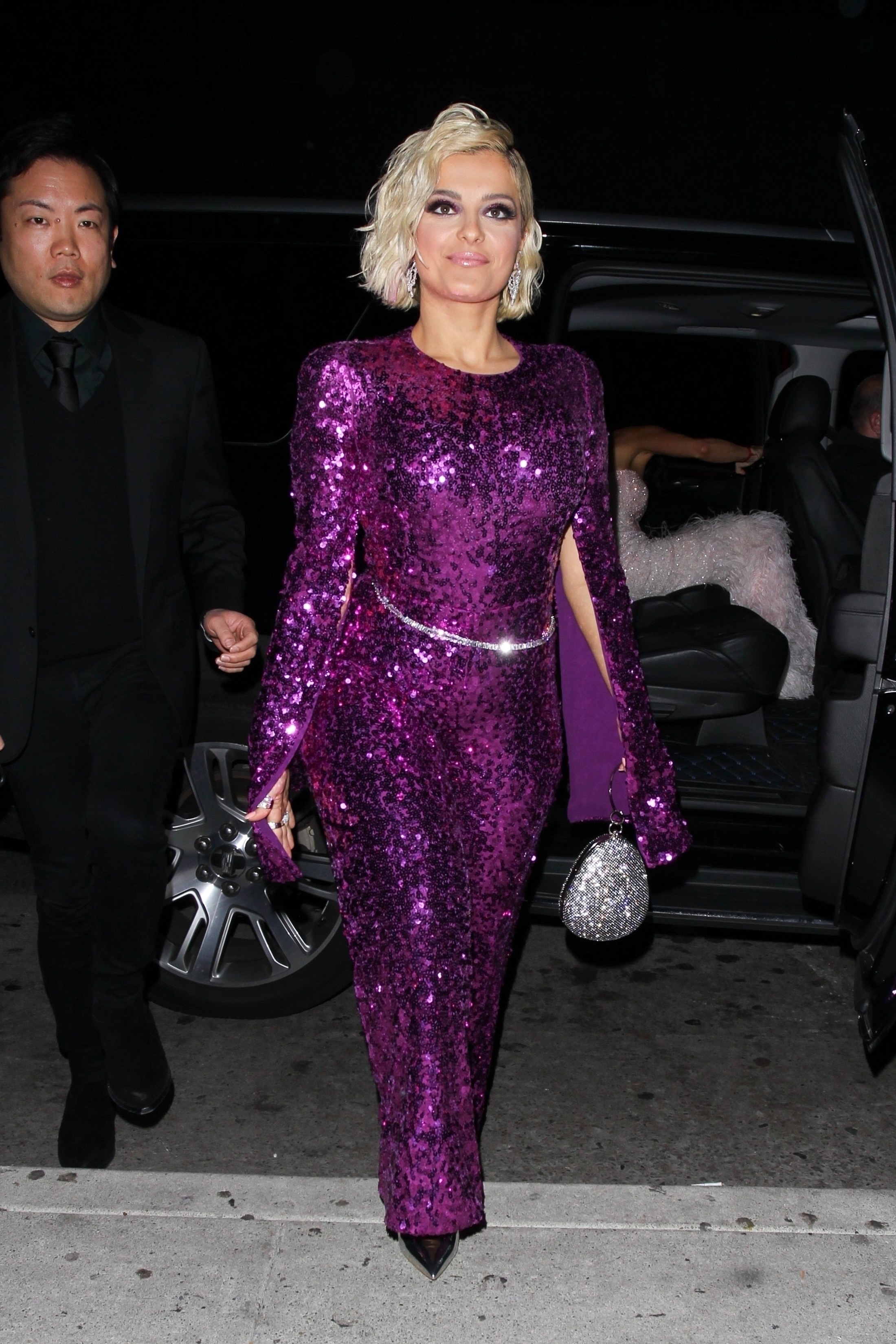 The US singer matched her bright-purple jumpsuit with glitzy accessories including a diamanté-encrusted bag and enormous diamond earrings.

She’s certainly got plenty to celebrate – as she is now putting the ­finishing touches to her second album following the success of latest single Last Hurrah.

Next week she’s coming over to the UK to finish off the final tracks, with Naughty Boy revealing she has also recorded a ­single for his next album.