TOWIE babes Amber Turner, Chloe Meadows and Courtney Green stripped off to their bikinis for filming on the hottest day of the year.

The stars made sure to make the most of the ridiculous heat by catching rays round the pool in Chelmsford, Essex. 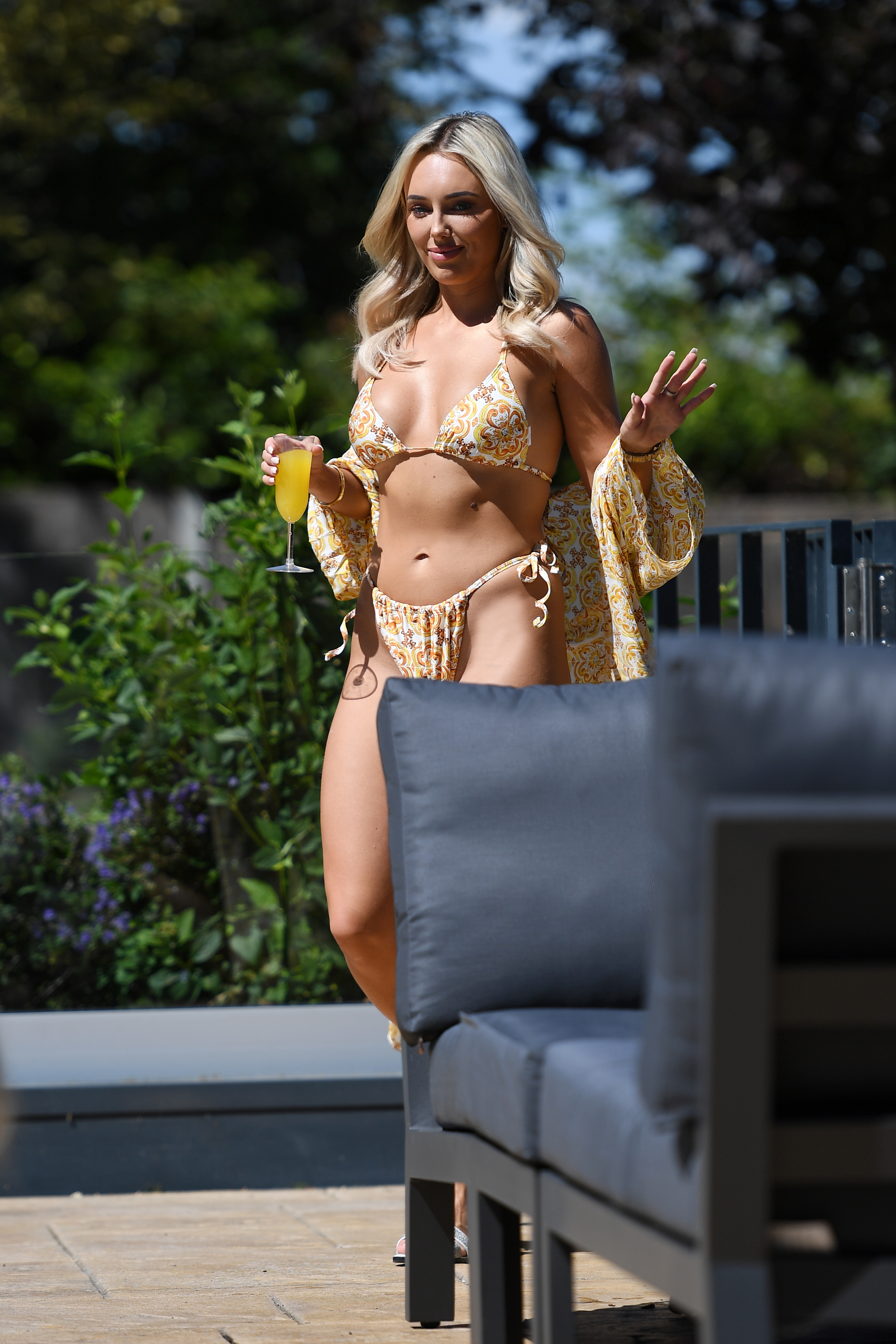 Amber stunned in an orange floral bikini with matching shawl.

Laying down on the sunbed, she looked to be enjoying herselfsoaking up the suns before walking away to grab herself a mimosa.

After enjoying some time in the pool, Courtney Green continued to show off the floral theme matched with a beaming smile as she donned the black, white and orange bikini.

Accessorising with two bracelets and a watch, she was also all smiles with her hair pushed up with a hairband. 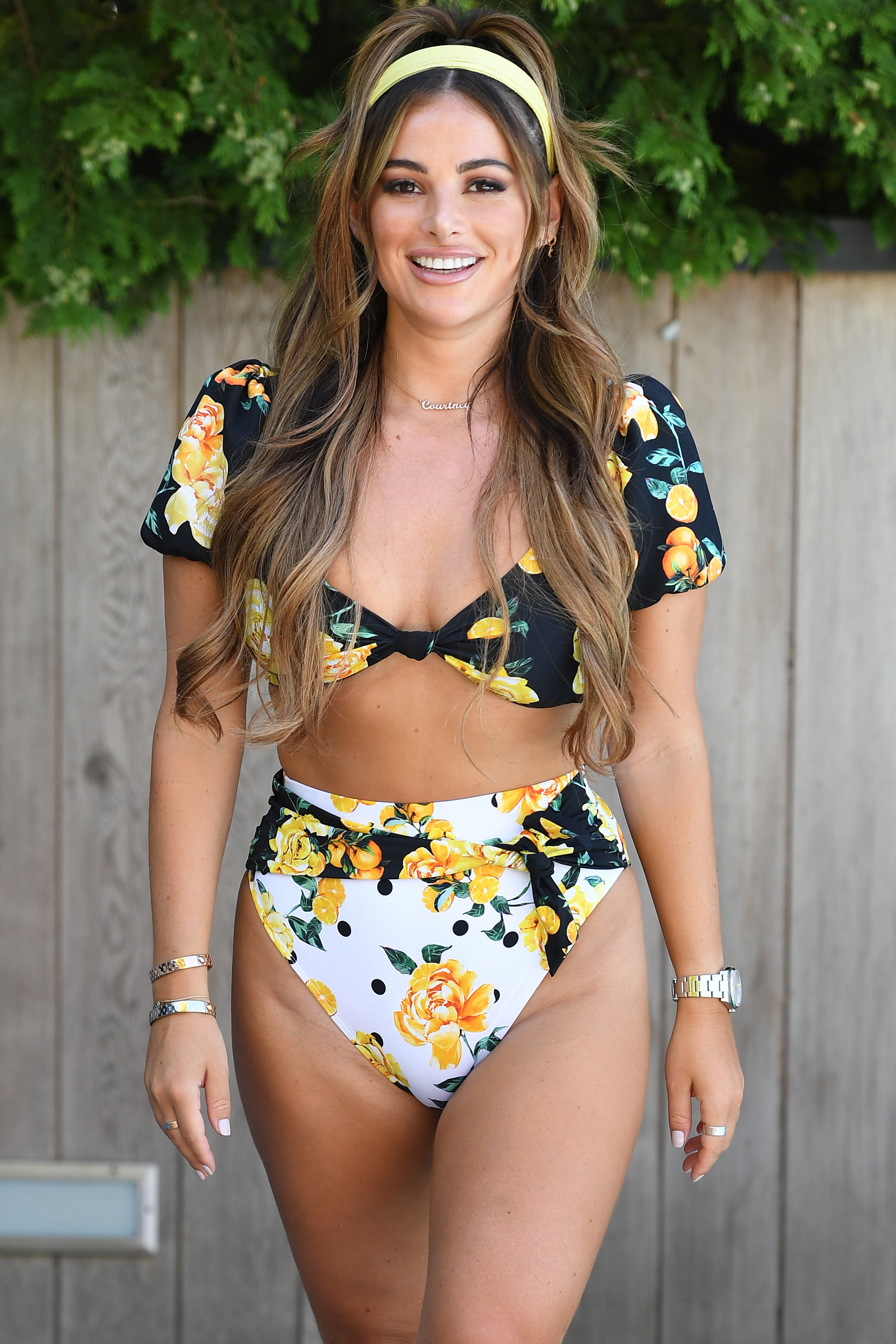 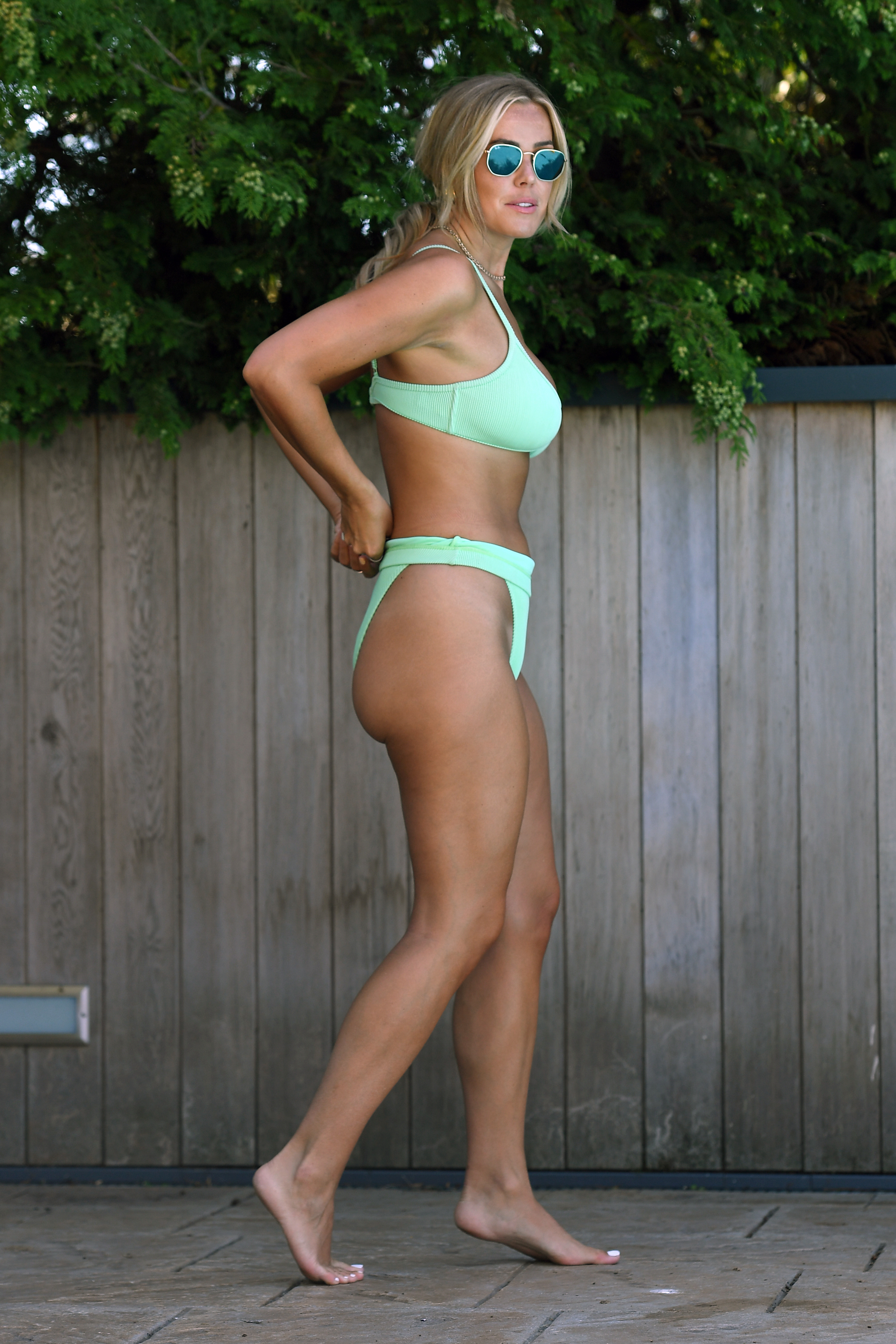 Chloe Meadows looked over to her co-stars with a smile on her face as she donned a pastel lime green bikini set.

She held her sunglasses in hand as she paced around the pool with her co-stars.

The trio are together as filming on Towie's 10th anniversary special resumed.

No official dates have been given for when the episodes will air, but it's likely to be next year. 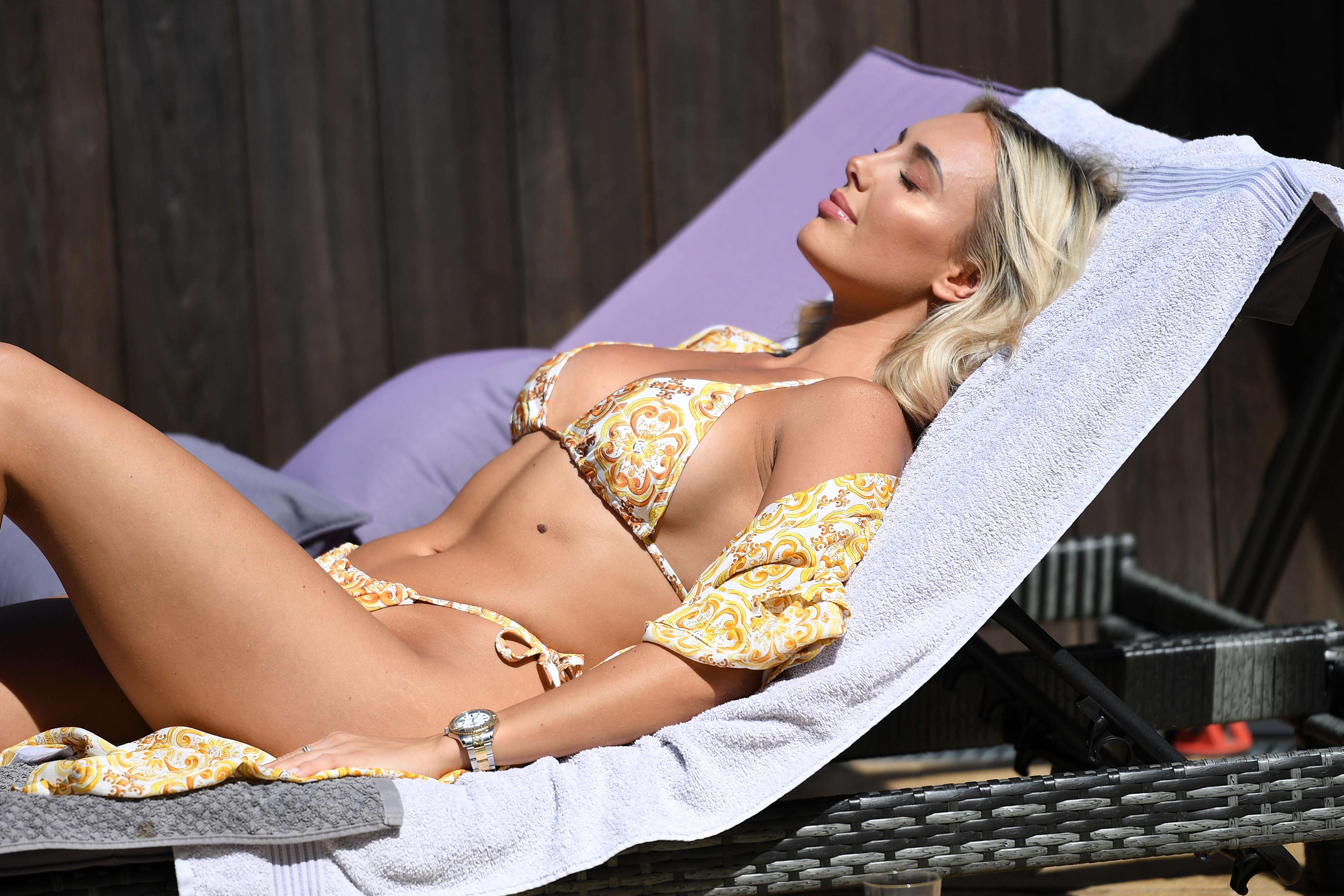 The first ever episode of The Only Way is Essex aired on October 10th, 2009 and kicked off with the aftermath of Mark Wright and Lauren Goodger's breakup.

Mark, Lauren, Joey Essex, Kirk Norcross and Amy Childs were among the original cast members that made the series a huge hit.

However, Kirk has already opted out of the episodes saying he is happier "laying bricks."