KATE Moss's little sister Lottie has left the runway to her sibling and is taking over Only Fans with her sizzling topless snaps.

The 23-year-old signed up to the raunchy app after successfully selling naked pics of herself for an eye-watering £1,000 a snap. 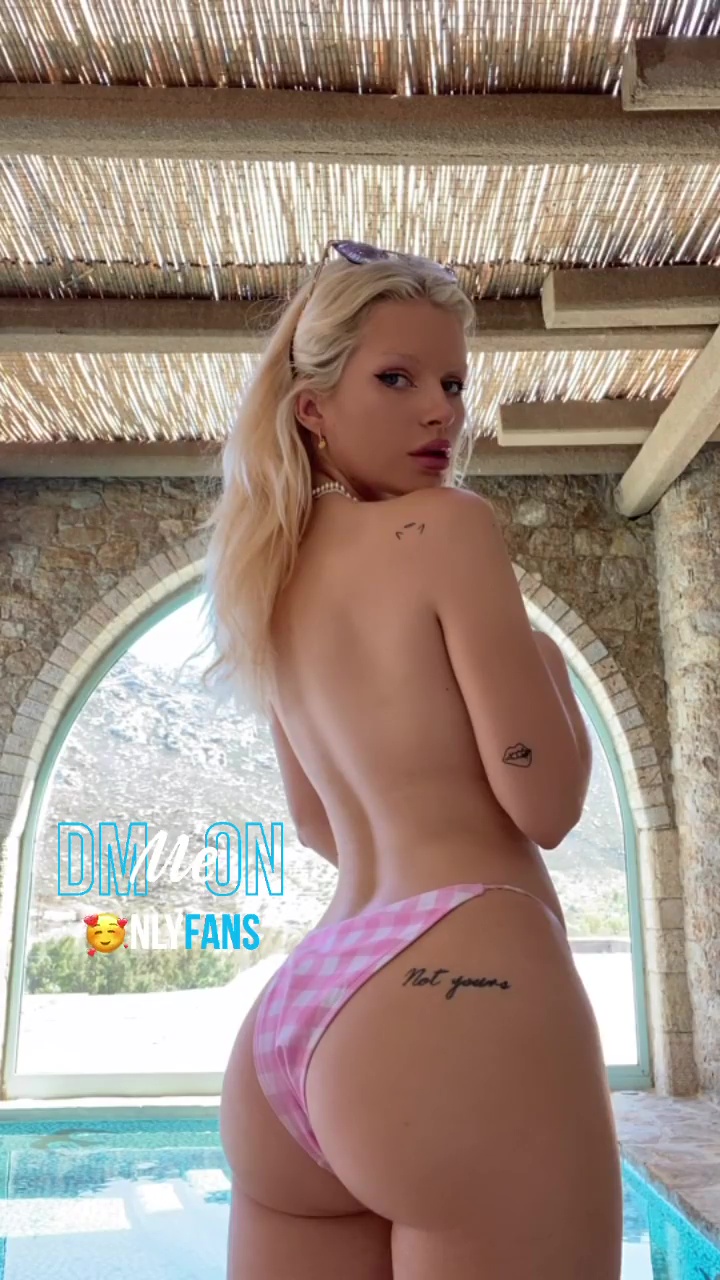 Lottie also flogs her old underwear to some lucky subscribers and revealed to The Sun that she gets 'high and drunk' to take her sexy photographs.

The minx gave her 359,000 Instagram followers on her official account today as she posted a topless teaser for her Only Fans on her Story.

Feeling herself, the beauty could be seen with her back and peachy booty facing the camera as she twisted her head around to face the camera lens.

Lottie ditched her bikini top for the pic as she parted her lips and pouted seductively. 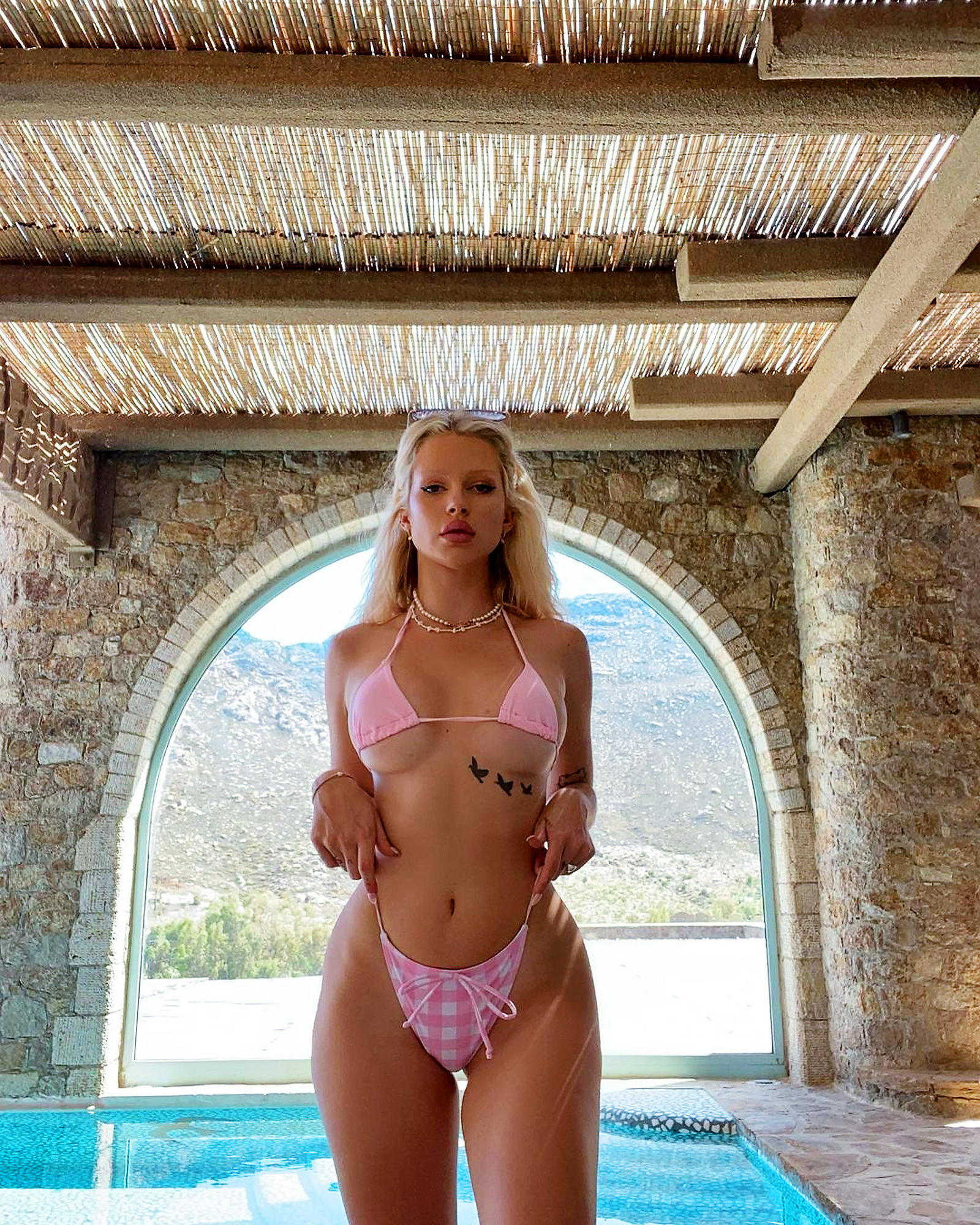 Holding her gaze, the stunner covered up with a teeny pair of white and baby pink gingham bikini bottoms.

She wore the bottoms high on her hips as she flaunted her long legs and killer curves.

Her tattoos could also been seen clearly including one that reads, "not yours" on the side of a rear and two fine-line inkings of pair of lips and a halo.

Lottie wrote over the snap: "DM Only Fans," as she encouraged fans to swipe up. 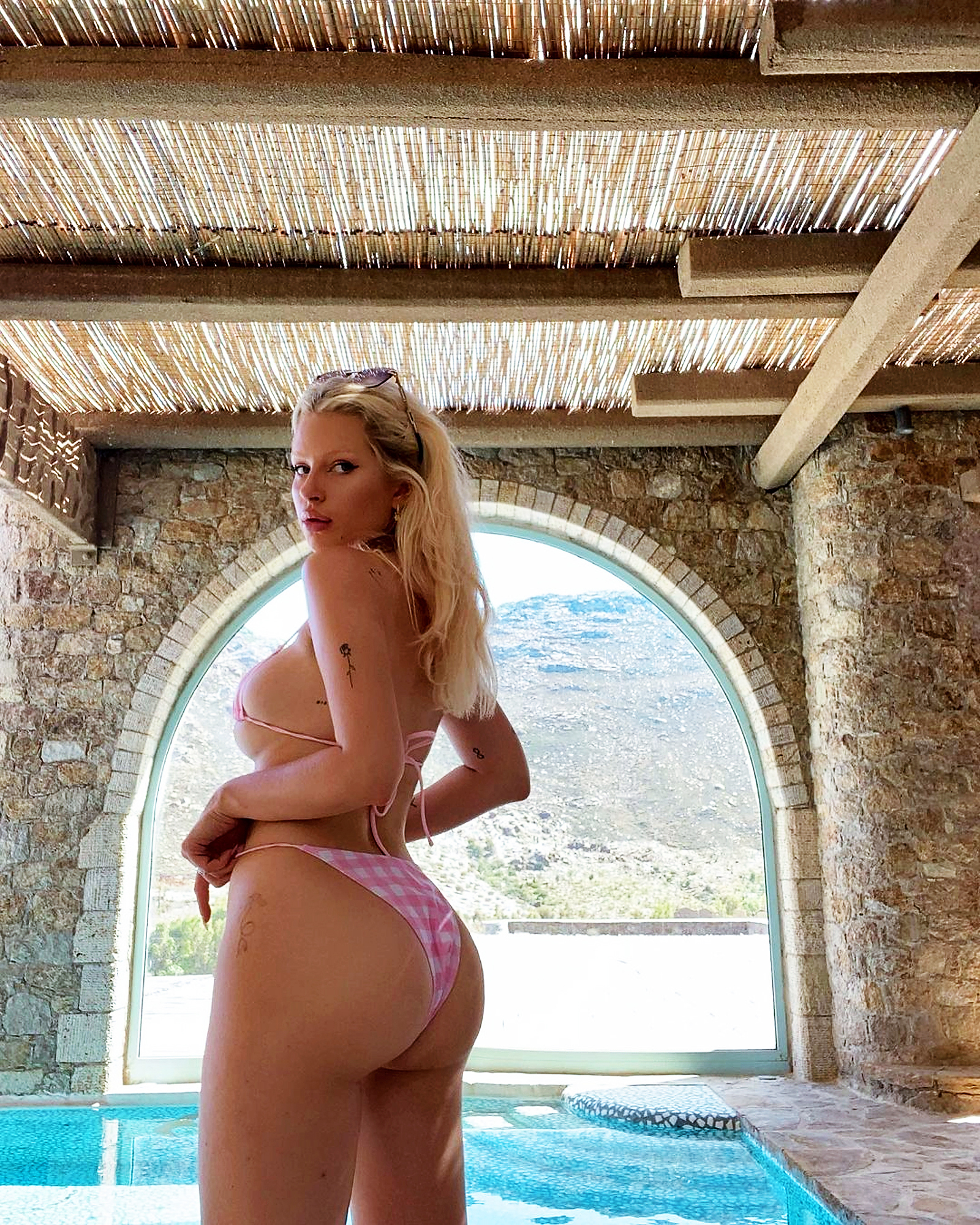 The star also shared two snaps of herself in the bikini on her main page but this time with a matching pink and white gingham top covering her assets.

Standing facing the camera front on, Lottie posed with her hands pulling the strings of her bikini bottom up.

In the second she once again turned her rear side on to flaunt her curves in the shot.

It comes after the beauty revealed to The Sun that she spent a weekend getting "naked, high and drunk" with pals to take pictures.

Lottie said: “I went to LA and met all these great girls, and we’d all shoot together.

“One of the shoot days we had 10 or 15 girls over to this mansion and we all just got naked and took pictures, and I was like, ‘This is so fun’.

“We all just got drunk, we had weed and we’d just get, kind of like, naked or in our underwear and just shoot together."