Tom Hanks was back to laughing and joking during his appearance on the Late Late Show on Thursday, after a tense incident in New York.

Footage emerged of the Forrest Gump star, 65, leaving a restaurant in New York beside his wife, Rita Wilson, and making a beeline for their car when fans approached the couple and got too close, leading the Jingle All The Way actress to stumble.

Taking matters into his own hands, the Hollywood legend turned to those who had surrounded them, and yelled: ‘Back the f**k off!’

Looking visibly annoyed, he added: ‘Knocking over my wife?’

But there was no mention of the dramatic scenes during his chat with presenter Stephen Colbert, with Tom instead focusing on his eagerly-anticipated upcoming flick, Elvis.

Elvis follows Presley (Austin Butler) as he rises to fame in the 1950s while maintaining a complex relationship with his manager, Colonel Tom Parker (Tom), and is due to be released in cinemas on June 24. 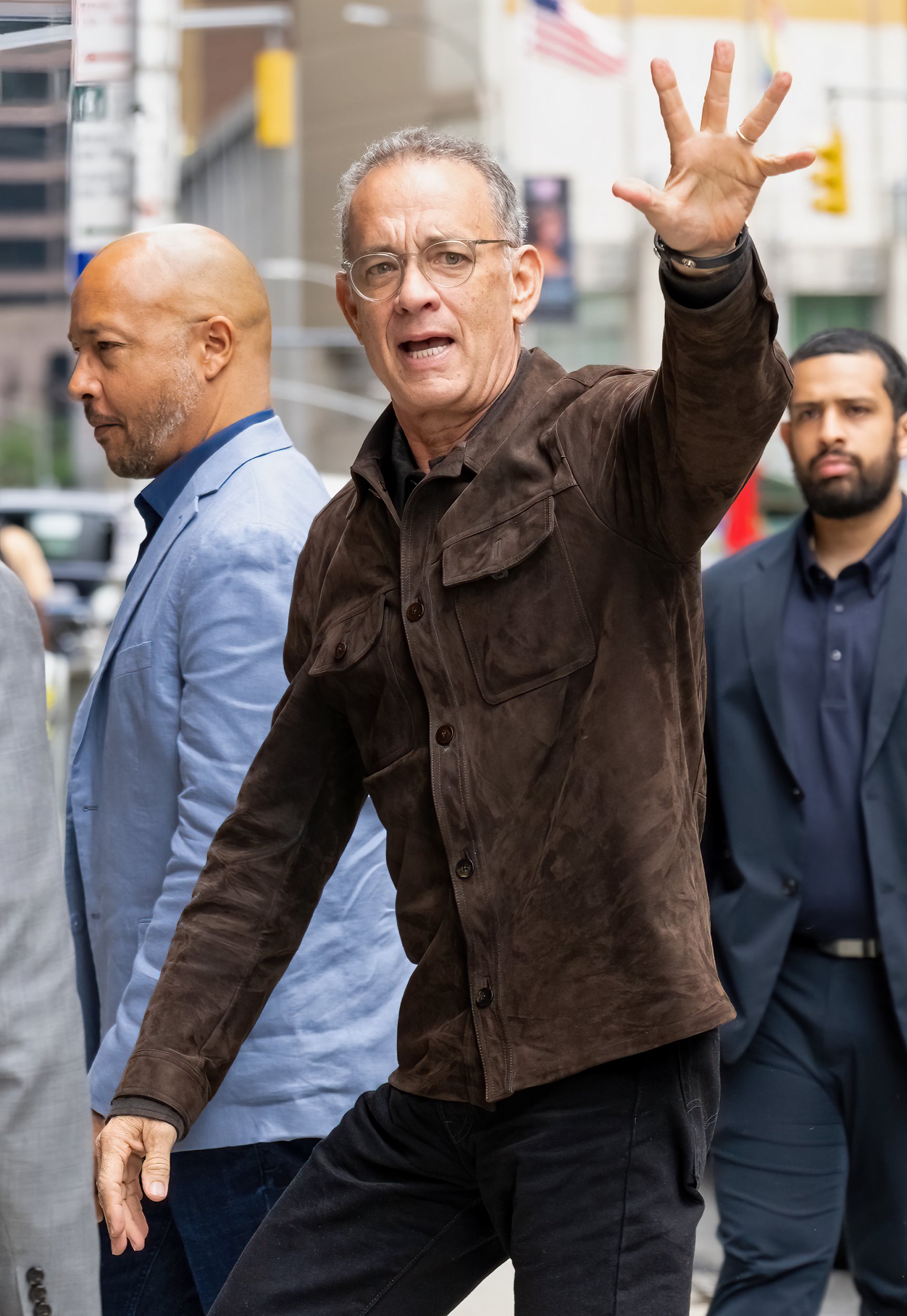 Lifting the lid on his character, Tom jumped into the real life star’s accent, telling the presenter: ‘He was a diabolical genius in every way.

‘Because of Austin’s power of it, and also the Baz-matic of it all, from the 1968 comeback special, you get a different sort of vision of what Elvis meant to the zeitgeist,’ he continued.

‘Because he turned Las Vegas into a place worthy of superstars to go there.

‘There were plenty of good entertainers but Elvis being there?’

Elvis premiered at Cannes Film Festival last month and was greeted with an incredible 12-minute standing ovation by the impressed audience.

According to Variety, it marked the longest ovation of the acclaimed festival, causing the cast to become emotional.

‘A thoroughly cinematic drama, Elvis’s (Butler) story is seen through the prism of his complicated relationship with his enigmatic manager, Colonel Tom Parker (Hanks),’ the official synopsis reads.

‘As told by Parker, the film delves into the complex dynamic between the two spanning over 20 years, from Presley’s rise to fame to his unprecedented stardom, against the backdrop of the evolving cultural landscape and loss of innocence in America.

‘Central to that journey is one of the significant and influential people in Elvis’s life, Priscilla Presley (Olivia DeJonge).’