Summer Spellman (Harriet Bibby) is a girl of many secrets in Coronation Street, and her three dads are determined to get to the bottom of the truth in this new video clip from next week.

However, they are barking up the wrong tree.

Viewers know that Summer decided against having an abortion and so she is still pregnant with her baby.

This would be news to Billy (Daniel Brocklebank), Todd (Gareth Pierce) and Paul (Peter Ash).

Summer is taken aback when she returns home to find the trio in an intervention-esque semi-circle.

Summer is defensive when they say that they can tell something is up, and are worried about her insulin levels. 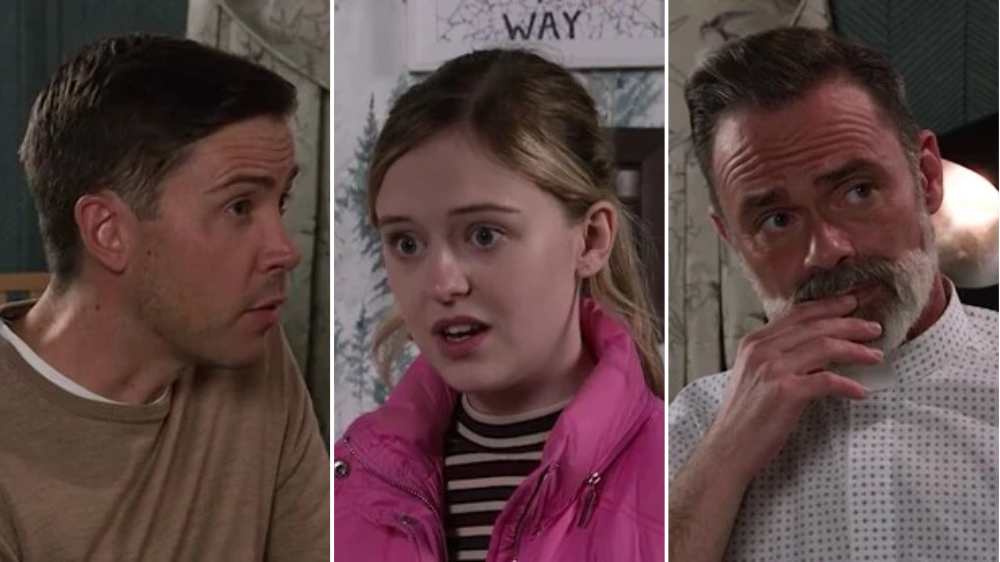 Summer denies anything is wrong, reminding them that she is allowed to be ill, but they are not buying it, and tell her that they aren’t leaving until they find out what is truly going on.

Next week, Summer decides with boyfriend Aaron (James Craven) that she is going to take Esther up on her offer of being a surrogate.

It is her plan to request £10k from her, to put towards treatment for Aaron’s dad, but this is a plan that will surely spiral into an emotional disaster.

Can Todd, Billy and Paul realise what Summer is dealing with and planning before she makes a colossal mistake?

And, as Summer goes deeper into a web of lies, is there heartbreak on the horizon for a girl who has already had the year from hell?