Using the backlash to the show’s all-female hosting team of Deborah Knight and Georgie Gardener as his example, Morgan came out swinging against social attitudes in Australia, saying sexism was alive and well. 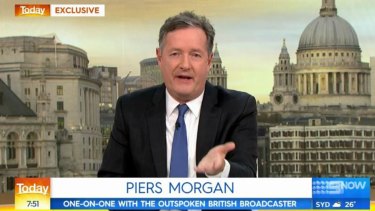 Knight replaced Karl Stefanovic on the Today show panel earlier this year, after he was let go in December while on honeymoon with his wife Jasmine Yarbrough. 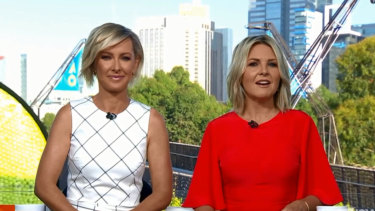 Deb Knight and Georgie Gardner on the \”new-look Today\”.Credit:Nine

Morgan also opened up about his "disgust" for Queensland Senator Fraser Anning, who, in the aftermath of the Christchurch attack, sought to lay blame for the attack on the victims. "I would struggle to not punch him in the face which is something I know that he likes to do to young teenagers when they confront him about his discussing racism," Morgan said.

Morgan said if he had the oppurtunity to interview Anning, he would ask him, "What kind of human being, when 50 innocent people are gunned down in their place of worship, thinks that the smart thing to do is to get onto Twitter and release a statement blaming them for what happened to themselves?"

Morgan also hit out at Meghan Markle, the Duchess of Sussex, describing her as "a social climber".

"Although some people really like her and are falling for this act, I'm afraid, I see a bit of a hard-nosed actress who has been using people on her way up to what is now the top marrying into the royal family," Morgan said. "Good luck to Harry."

Nine is is the owner of this masthead.