Tipping Point all comes down to luck and one contestant clearly wasn’t feeling lucky enough when it came to her go. On Wednesday’s episode of the ITV soap, player Holly passed on two major chances which ultimately ruined her chances at walking away victorious.

I’m sorry Holly, that means we’re going to lose you at the end of the round

The excruciating moments left host Ben Shepherd squirming as she passed twice in the first round.

Holly flew through her first question but when given the option to play her counter, she passed to fellow contestant Roger who reaped the rewards with a profitable spin on the slot machine.

She opted for the same tactic after answering another question correctly, leaving the win to rival player Eileen who gained a whopping eight counters.

Ben watched in despair as the win could have been Holly’s, exclaiming: “Holly! Eight counters there Eileen!”

It wasn’t long before Holly had given away all her chances and Ben warned her she had only one opportunity left to stay in the competition. 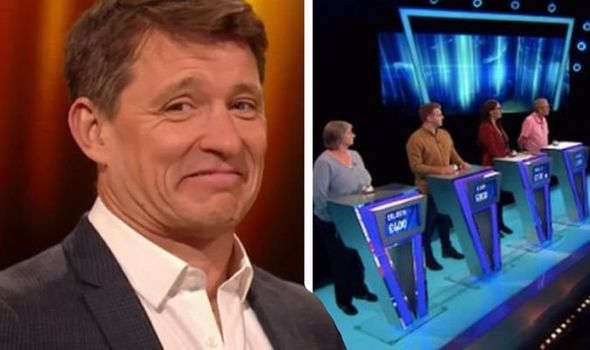 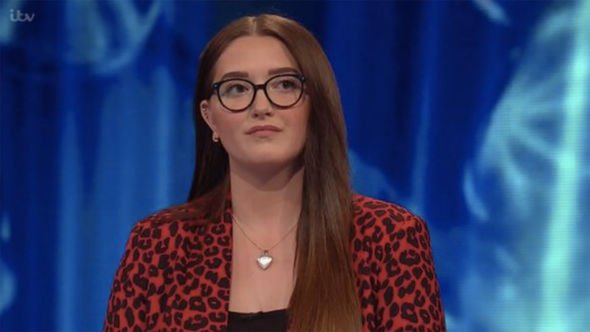 “Right then Holly, it’s just you left in,” he noted.

Alas, despite getting the third question right, Holly’s poor decision making culminated in choosing the wrong drop zone, which added zero pounds to her kitty.

With his head in his hands, Ben bid farewell to the young contestant: “No Holly, no! So close.”

He added: “I’m sorry Holly, that means we’re going to lose you at the end of the round.”

Fans watching from home were in utter awe at her errors, wondering if she has mistaken the rules of how to play the game.

“Turn off #tippingpoint it’s goodbye Holly, don’t think she understood the game to be honest #pass,” one said. 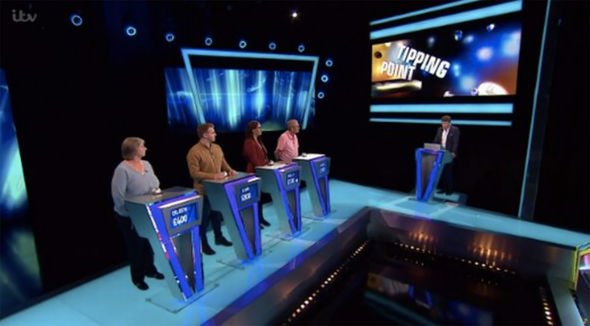 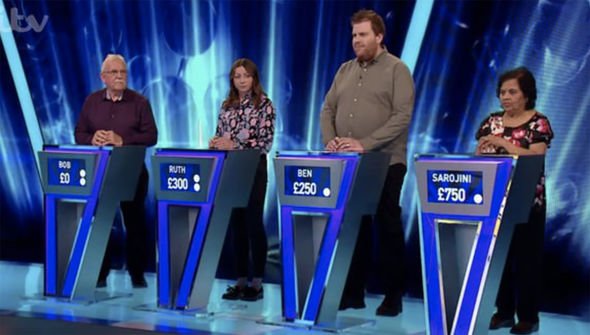 Another commented: “Come on Holly, you can do better.”

Someone else added: “Holly …. unlucky buddy.”

“Wtf Holly!! Do you wanna go home!?” wondered a fourth, their frustration apparent.

Last week, Ben was a different kind of surprised, as his contestant Sarojini managed to waltz away with a very impressive figure.

All she needed was one of her three counters to fall in the right place and she would be walking away with £10,000.

And low and behold, she did it.

The first counter went into drop zone one and the jackpot counter only budged slightly, but it was counter two which delivered the goods: “OK, drop zone one again – fire it up!

“It’s worked, it’s worked again!” he added in reference to the location of the counter.

“Oh my goodness me, I have absolutely no idea how you did that,” Ben grinned as Sarojini shook her head in disbelief.

“Neither do I!” she laughed.

“You have literally broken every Tipping Point rule along the way, Sarojini,” Ben continued.

“But the only thing that matters is that you took the trade and that jackpot is sitting there in the winzone.”

Tipping Point airs on weekdays at 4pm on ITV.