McG will direct the film based on a Dark Horse comic 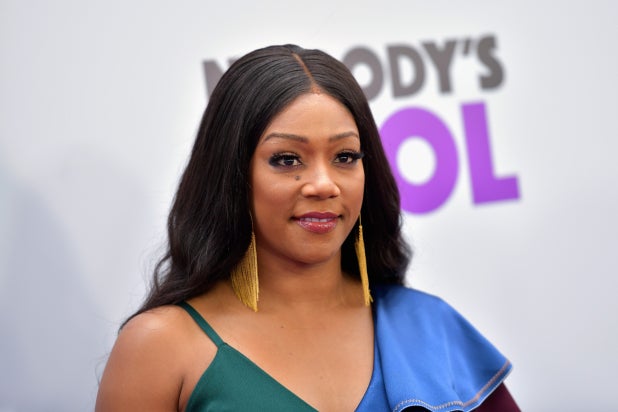 Tiffany Haddish is set to star in and produce a new film based on the Dark Horse comic “Mystery Girl” that’s set up at Netflix.

McG, known for 2000’s “Charlie’s Angels” and more recently “The Babysitter,” is directing the film that’s a murder mystery about a girl who seemingly knows everything.

“Mystery Girl” is the story of Trine, who solves neighborhood mysteries for $50 each. After she agrees to help a down-on-his-luck LAPD officer crack a case, the two are framed for murder and must work together to clear their names.

“Mystery Girl” is based on the Dark Horse comic of the same name by Paul Tobin and Alberto Alburquerque. McG is directing, and Haddish is producing through her She Ready Productions. Also producing are Mike Richardson and Keith Goldberg of Dark Horse Entertainment, and McG and Mary Viola for Wonderland Sound and Vision.

Melanie Clark is executive producing for She Ready Productions.

Haddish is currently shooting CBS’ “Kids Say the Darndest Things” and recently completed production on Apple TV’s “The Afterparty.” She can next be seen in Netflix’s “Bad Trip.” Haddish also voices characters in Paramount+’s “The Spongebob Movie: Sponge on the Run,” Adult Swim’s “Tuca and Bertie” and Hulu’s “Solar Opposites.”

Her other upcoming projects include Paul Schrader’s “The Card Counter” opposite Oscar Isaac and Willem Dafoe, “The Unbearable Weight of Massive Talent” opposite Nicholas Cage, “On the Count of Three” alongside Jerrod Carmichael and “Here Today” directed by Billy Crystal.

Netflix has a first look deal with Dark Horse Entertainment and has previously collaborated with Dark Horse on the action-comedy series “Umbrella Academy” and Jonas Akerlund’s “Polar.”