The paintings in the opening credits, according to Vanity Fair, are a combination of real paintings at a villa in Sicily (the one where Daphne and Harper spend the night, actually) and images designed by a team to create a narrative for the sequence. They specifically paired each image with each actor’s name based on a specific moment in season 2 or one of their character’s overarching theme.

First, the images correspond to the names of the cast and the ~overall themes~

The first painting is of a man bowing to a woman. It’s courtly, romantic, and traditionally heterosexual. Then the camera zooms in to reveal a woman spying on the two of them—because everything is more complicated when you take a closer look. One of the first conflicts this season was Harper’s insistence that Cameron and Daphne’s PDA-filled relationship wasn’t perfect, and she was correct. Many, many, many of the storylines or backstories this season have to do with infidelity and jealousy.

That image, however, specifically corresponds to F. Murray Abraham’s (Bert) name. Makes sense, because his character’s way of flirting is very old school and he observes a lot of bad behavior during his trip. Next is a woman with a monkey on a chain as Jennifer Coolidge’s (Tanya) name pops up. That does feel like Tanya and Portia’s dynamic, doesn’t it? It could also be Tanya and Greg’s dynamic.

The next few images are seemingly innocent. Adam DiMarco’s (Albie) name appears over a man playing music for a woman as she lounges and looks at him adoringly. That’s Albie’s “nice guy” fantasy, right? Meghann Fahy’s (Daphne) name is over two cherubs—like her two children at home who may or may not be the product of adultery.

Then Beatrice Grannò’s (Mia) name appears with the image of a sexy sphinx. Like the sphinx, Mia watches over the action at the hotel and observes before making a move.

Then there’s a man and a woman riding a donkey together, and Jon Gries’ (Greg) name. That one, according to Vanity Fair, is pretty straightforward. It’s their iconic Vespa ride. 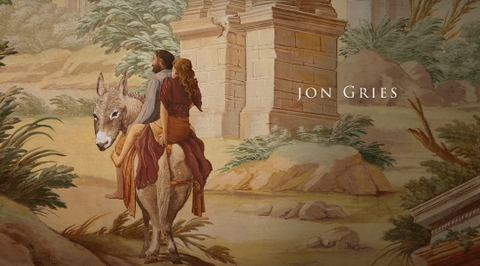 Speaking of Greg, next is Tom Hollander (Quentin) and a gaggle of half-naked men and women that look like marble statues and are reminiscent of the parties he likes to throw.

After that, part of the same gaggle, is a woman approached two naked women on a bed Sabrina Impacciatore’s (Valentina) name. That could be Valentina scolding Lucia and Mia, feeding stray cats, or looking for love herself. 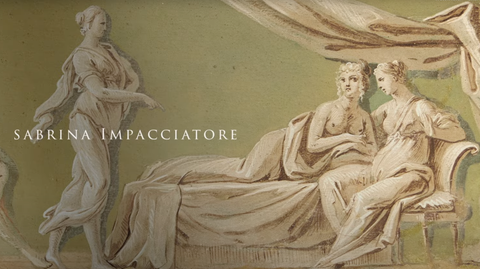 Next up is the image of a woman dropping a necklace off a boat (Titanic much??) and Michael Imperioli’s name. If you look closely you see that the woman dropping the necklace is accompanied by a men on his knees, bowing or begging. Dominic is desperate to win back his wife and buys her a necklace (and then opens his wallet in a major way) to do so. 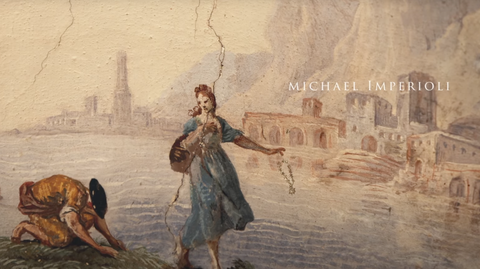 Then there’s a penis… which we see is part of a statue… and then see that a dog is peeing on that statue. The actor corresponding to that lovely series of images is Theo James, (Cameron) who is often naked and not to be taken seriously. 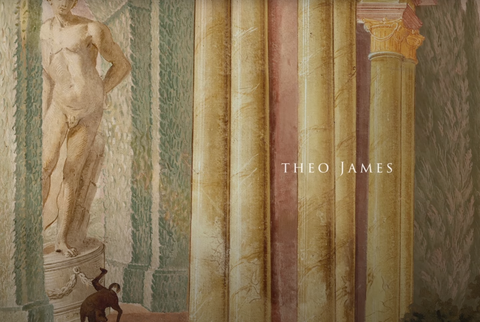 Next, and part of the same storyline, is Aubrey Plaza (Harper) and two birds fighting—like Cameron and her husband Ethan fight over her at the end of the season. Or maybe even to symbolize Harper and Daphne’s competing personalities. 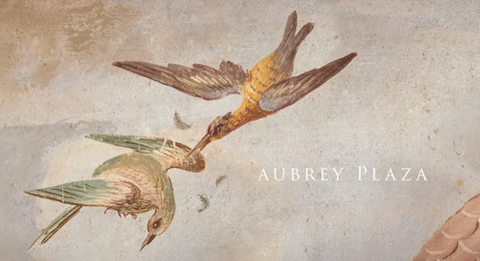 Next is a woman daydreaming by a lamb, and Haley Lu Richardson’s name. That “head empty, no thoughts” woman is certainly meant to be poor, dumb Portia with her awful style. Is the lamb a sacrificial lamb? Is that also her, or is that Tanya? Up to you!

Back to our married couples, the next image is a woman beckoning to a man holding fruit and Will Sharpe’s (Ethan) name. It looks almost exactly like that moment in the finale when Daphne took him into a cave. 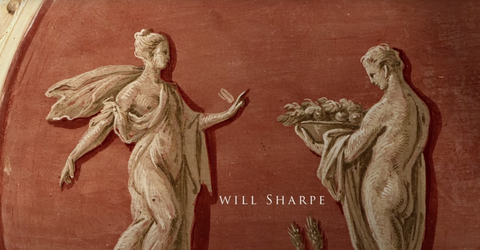 Next is an exotic cat with a dead bird. That’s Simona Tabasco a.k.a. Lucia, baby! She got her money (her prize, like a bird) and got to slink away happily. 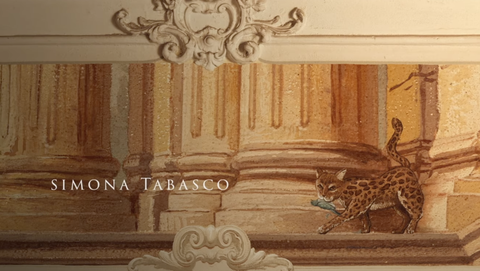 Finally, Leo Woodhall’s (Jack) name appears beside a man standing over another man with his foot between his legs. That’s either telling us that Jack’s f*cking his “uncle” or that he’s secretly aggressive. 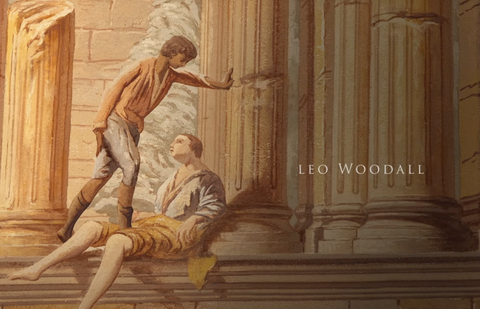 Then the beat drops and sh*t gets wild

The next series of images in the credits go by quickly. Some notable ones include:

What the credits didn’t spoil, however, is who dies in The White Lotus season 2 and how. There were plenty of clues about it on the show, like Daphne’s obsession with shows about husbands murdering their wives, the fortune teller, and Tanya’s outfits. They just weren’t in in the credits. So don’t feel bad if you didn’t pick up on every single clue. Some of them were hiding in plain sight, and others were more subtle for the true sleuths among us.