Ahead of the second half of The Walking Dead season 10, AMC released a short promo video titled ‘Spies, which sees Negan (played by Jeffrey Dean Morgan) grow a little closer to head Whisperer Alpha (Samantha Morton). However, it seems Negan may not be quite as cosy with the Whisperers as first thought after AMC boss Sarah Barnett spoke out about his upcoming arc.

The short trailer teases a full scale war for the community as it looks like Father Gabriel (played by Seth Gillam) and his group have been surrounded.

But the main theme of the clip was Negan feeding Alpha information in oder to gain her trust, and all the possible reasons for it.

During the teaser, Negan tells Alpha: “The spy you’re looking for? Right here in the camp.” 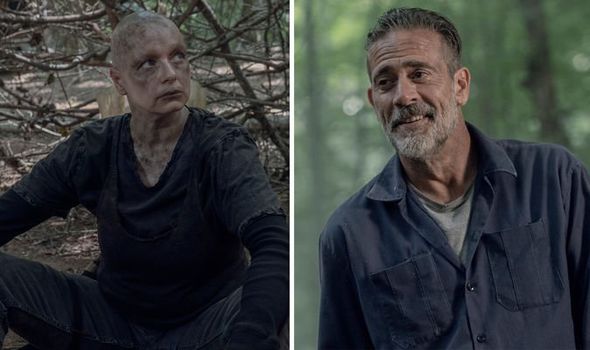 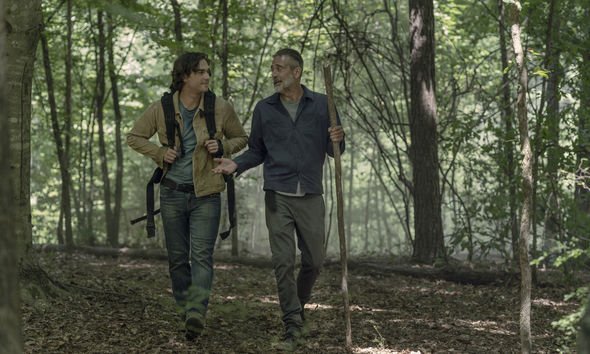 Is he trying to gain her trust, or could he be revealing himself as the spy in a dangerous game?

Now, AMC boss Sarah Barnett has spoken out about Negan and his role in future episodes of the zombie show.

Fans may remember that following the prolonged conflict between Rick Grimes’ (Andrew Lincoln) survivors and Negan’s group the Saviors, in seasons six to eight, fans got a little tired of the conflict and bosses saw a major dip in viewing ratings.

Now it seems this could be the reason Negan won’t return to his old villainous ways, with showrunners fearing fans will be bored once again. 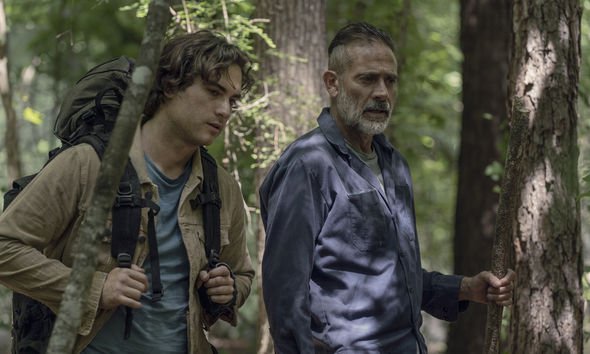 Sarah explained: “I think that with 10 seasons of television — something like ER or Grey’s Anatomy — shows go through spurts.

“We’ve done a lot of research on the response to it and we certainly have our own thoughts about it.” she told The Los Angeles Times.

She continued, “It’s true to say that that season with Negan became a little too hopeless for audiences.

“I think that there was creative intention behind it that was really smart and thoughtful, but it I think it probably pushed people to a place where it was a lot to take at a time when maybe people just didn’t want to see that.”

Meanwhile, it seems the Whisperers are set to invade Alexandria after fans picked up on this major clue in the promo.

In the clip, there are multiple shots of the Hilltop group preparing for war.

One of the Whisperers spotted multiple times in Alexandria is Beta (Ryan Hurst).

During the clip, Alpha and Beta are rarely together.

This suggests both head Whisperers are on separate missions, with Negan (Jeffrey Dean Morgan) at hilltop with Alpha and Beta and some of the other Whisperers in Alexandria.

In one haunting flash viewers can even see Beta invading one of the homes of Alexandria.

Could this be Michonne’s (Danai Gurira) home?

The Walking Dead returns to AMC on February 24, and the next day on Fox UK.