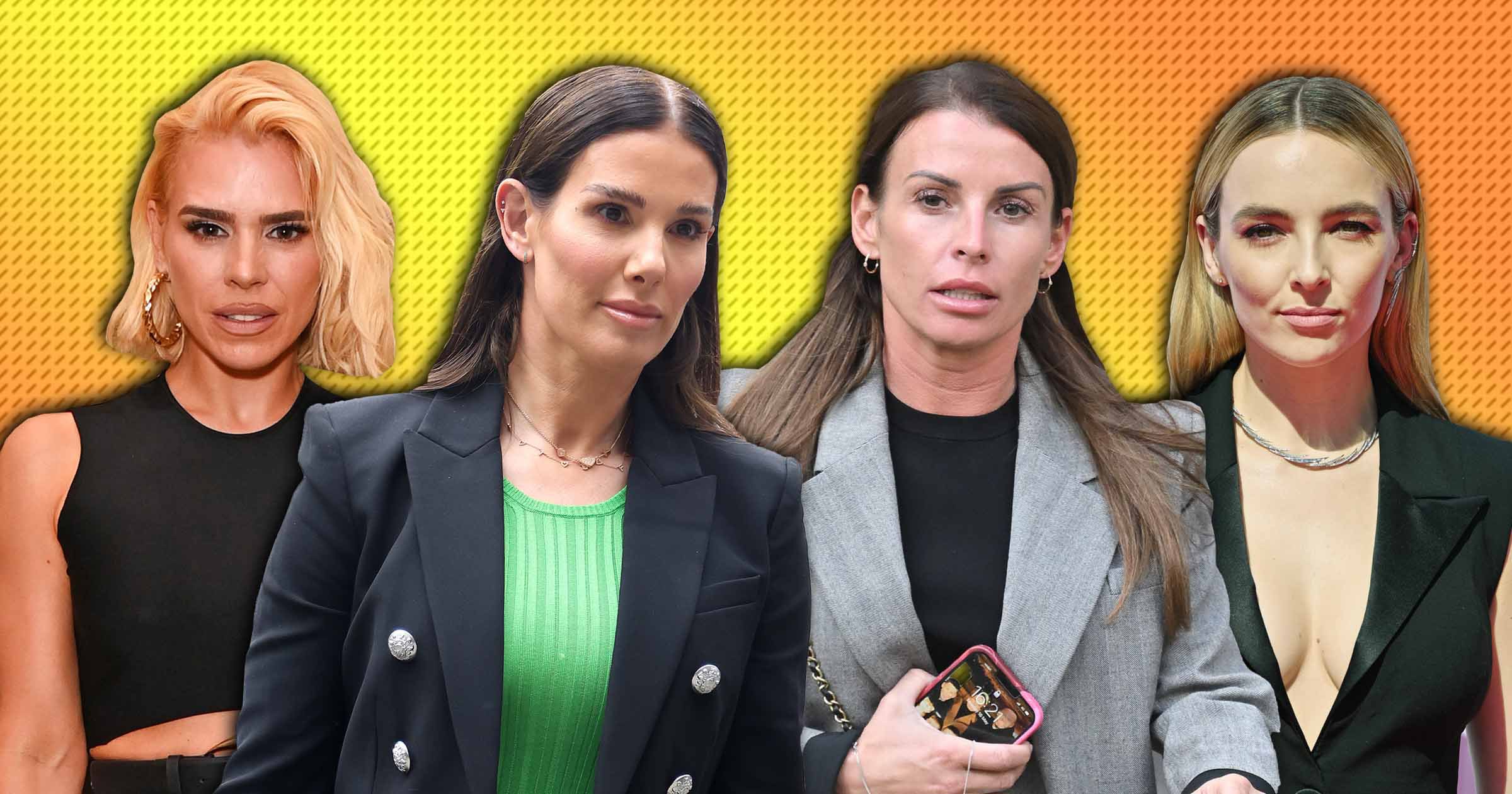 For those of us watching from afar, the Wagatha Christie trial has seemed almost too wild to be true, and more like a movie plot than real life.

And with reports of Coleen Rooney signing a documentary deal with Netflix, we’re already thinking about who would be in our dream cast of what would definitely be an explosive film.

In case you’ve missed it, the wife of former England player Wayne Rooney has accused fellow WAG Rebekah Vardy of leaking stories about her private life to the press, with the case now in court almost three years after the initial accusation.

Rooney – who has been dubbed Wagatha Christie – said she had planted three stories on her private Instagram that only Vardy’s account was able to see, and all three stories ended up being leaked to the press.

Vardy, wife of Leicester City striker Jamie Vardy, denies having leaked the stories and is suing Rooney for libel.

Starting with the jaw-dropping statement that famously ended: ‘It’s…..Rebekah Vardy’s account,’ to references to Peter Andre’s ‘chipolata’, and the oh-so-iconic Davy Jones moment, the trial has plenty of plot points to be made into a dramatic movie, but who would be in our dream cast?

Jodie Comer would of course be our dream choice to play Wagatha Christie herself.

The Killing Eve actress, who played assassin Villanelle in the BBC drama series, would be perfect as the woman at the centre of it all.

She’s already been in a game of cat and mouse once, so why not play another one?

Aside from the fact that they do look a little alike, Doctor Who actress Billie Piper would be perfect as Vardy.

Just like Vardy, who has been on I’m A Celeb and Dancing on Ice, Piper’s starred on a variety of shows, from singing (although, she has admitted she does lip-sync) to starring in an adaptation of Shakespeare’s Much Ado About Nothing.

If she can take on BBC sci-fi series’ and Shakespeare, surely she can manage a WAG?

Big Brother star Ryan Thomas would be our choice for Peter Andre, because we of course couldn’t leave the ‘chipolata’ moment out.

During the trial, Vardy was questioned about an interview she gave to the News Of The World in 2004, in which she reportedly detailed an alleged sexual encounter with the singer, with a headline that read: ‘‘Peter’s hung like a small chipolata, shaved, slobbery, lasts five minutes.’

While we’re certain Thomas won’t be showing his own chipolata in any movie, the Waterloo Road actor has already accidentally shown his bare butt on TV, after suffering an underwater wardrobe mishap on ITV’s The Games.

Playing the first professional footballer caught up in this trial, we’ve got Channing Tatum as Wayne Rooney in our dream casting.

It’s not a stretch considering we’re all obsessed with Rooney’s man-bag on the first day of the trial, just as we were when the Magic Mike star lost his black backpack in a New York City cab back in 2015, and his seven million followers made it their own personal mission to get it back.

BAFTA winning Billy Elliot star Jamie Bell is our next leading man, and our choice to play Jamie Vardy.

They do say ballet isn’t that far from football…

The standout moment of the whole trial is Vardy not having a clue about who Davy Jones is.

Mr Sherborne, barrister for Rooney, had remarked: ‘We know that Miss Watt’s phone is now in Davy Jones’ Locker, don’t we, Mrs Vardy?’

But Vardy appeared confused and replied: ‘I’m sorry, I don’t know who Davy Jones is.’

The courtroom burst into laughter as the judge explained to Vardy that it was an idiom referring to the resting place of sailors who drowned at the bottom of the sea.

Youngsters today may be more familiar with the term from the Pirates of the Caribbean franchise, which features a character named Davy Jones who is a tyrannical captain and dark lord of the Seven Seas.

The woman who has remained a mystery throughout the trial, but is actually caught up right in the centre of it, is Vardy’s friend and agent, Caroline Watt.

Having featured in the preliminary hearings, Watt has not taken part in the trial after a consultant forensic psychiatrist produced a report which concluded she is not fit to provide oral evidence.

She’s best known as the owner of the phone which fell into the North Sea, part of ‘the series of unfortunate events’ of this trial, so in the movie, we’d have to expect a pretty dramatic retelling of that scene, and who better to star than Catastrophe’s Sharon Horgan?