NBC launched the 19th season of The Voice on Monday, and though it stumbled in numbers compared with last fall’s debut, its 1.2 rating in the adults 18-49 demographic and 7.96 million viewers both topped the night in primetime in Nielsen Live+7 data.

ABC’s Dancing With the Stars (1.0, 6.10M) meanwhile ticked up a tenth in the demo week over week. The network’s Emergency Call (0.5, 3.04M) was also up. Both shows’ numbers will likely be adjusted in finals due to an NFL preemption in local markets.

NFL overrun will impact the final numbers on Fox, but for now L.A.’s Finest (0.5, 2.03M) is getting a boost in the demo to match its broadcast high. Tate Taylor’s Southern-fried drama Filthy Rich (0.4, 2.19M) also rose. 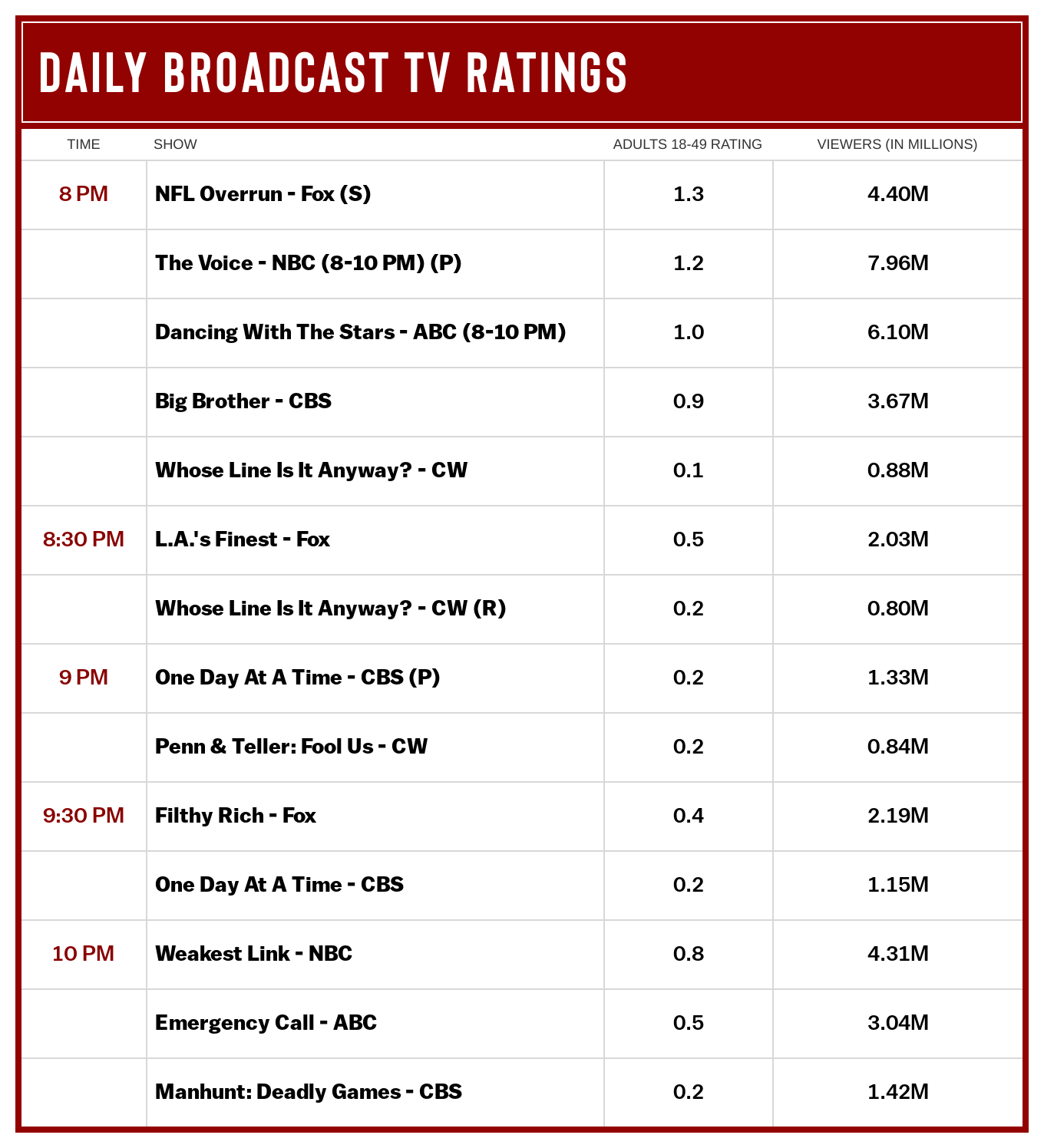