ITV has adapted JG Farrell’s satirical novel The Singapore Grip, which ribs jingoism and British colonialism during World War Two. The show will explore how a group of British people living in the Asian nation deal with the Fall of Singapore in 1942, which has been described as one of the worst military defeats in British history alongside Dunkirk. Express.co.uk has the lowdown on the new series.

How many episodes are in The Singapore Grip?

The Singapore Grip is yet to get a premiere date but will be airing on ITV at some point in 2020.

There is a total of six episodes, which are expected to be broadcast weekly on the channel.

Given this is period drama with a stellar cast, The Singapore Grip could well be put in the highly coveted Sunday 9pm slot, previously occupied by the likes of Victoria and Downton Abbey. 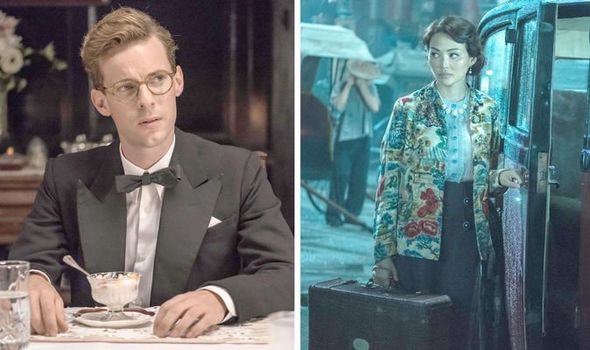 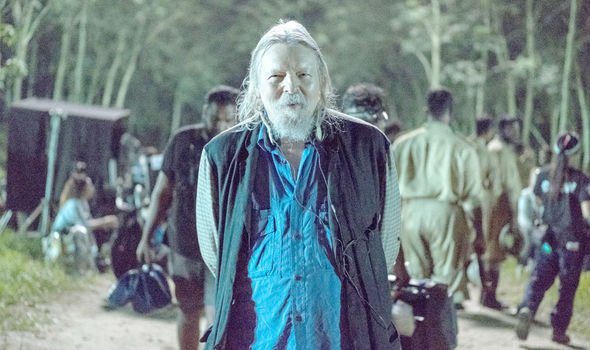 The Singapore Grip follows the British Blackett family, who live in Asia and are caught in the conflict.

Patriarch and rubber magnate Walter Blackett (played by Morrissey) is out to make as much profit as he can despite the impending war.

He is also planning to shore up his fortunes by enlisting his equally duplicitous daughter Joan (Blizzard) in a scheme to marry her off to his business partner’s son Matthew Webb (Treadaway). 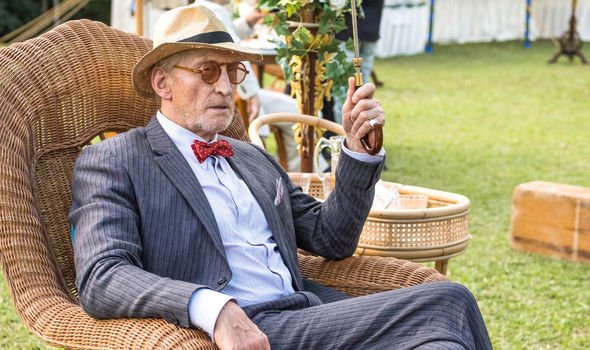 Despite the Japanese preparing for battle, Walter’s focus is purely on lining his pockets and getting as much out of his workforce as he can.

However, Matthew’s arrival in Singapore doesn’t herald quite the outcome he was hoping for with the young man proving to be independent and have a progressive outlook.

Joan will have something of a challenge on her hands after Chinese woman Vera Chiang (Elizabeth Tan) catches his eye.

The Singapore Grip will tell the story of the crumbling British Empire as the show tackles imperialism and racism during this era. 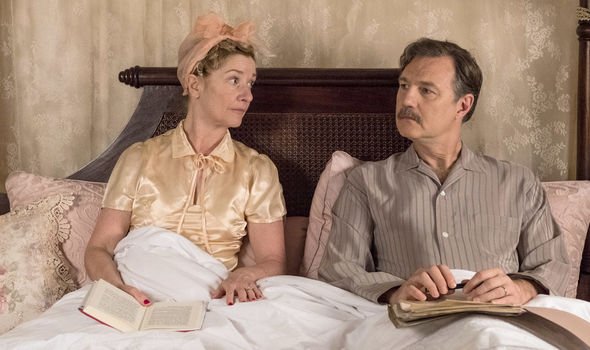 The period drama was filmed in Malaysia rather than Singapore as the country was now much more built up and looked different to how it would have done during the 1940s.

Among the locations the crew shot in were Kuala Lumpur and Penang.

Speaking to media including Express.co.uk, creator Christopher Hampton shared details of why he wanted to bring Farrell’s story to the small screen.

He explained: “It’s the third novel in a trilogy which took on the subject of colonialism really. The first novel is set in Ireland, the second in the 19th century in India and then the most modern one – most up to date one – was the novel about the Fall of Singapore. He died very young, but he wrote these three very massive novels. He has a very distinctive style which is serious subjects wittily treated.”

Hampton went on to say about the modern resonance of the story: “I think it deals with incompetence at the top because of the misplaced feelings of superiority, it deals with a casual racism and it deals with blindness to what’s going on in the world – and all those things to me seem to be very apposite right now.”

On how much of the story was based on real life, Hampton explained: “There’s a whole historical strand of it which is very truthfully rendered by J.G. Farrell, which is that all the military characters sitting in their bunker making disastrous plans, are actually real people.”

He went on to say: “It raises a sort of question – these are real people and the delicate thing about is that the scenes are basically comic scenes because they are scenes of incompetence and ineptitude.

“So, there was a bit of a fine line to be trod between making fun of these people and realising that it wasn’t really their fault. There were orders from London that were impossible to follow.

“I think it’s very densely, carefully researched the novel and [Farrell] went on to Singapore and in fact Vietnam just after the Fall of Saigon, he was in Vietnam.

He said the Fall of Saigon was very much in his mind at the end of his story and when refugees were pouring out of Singapore and trying to escape. Both people were trying to get away.

Hampton added: “A great deal of it is authentic but of course all the characters are invented and inserted into history.”

The Singapore Grip will be coming to ITV later this year