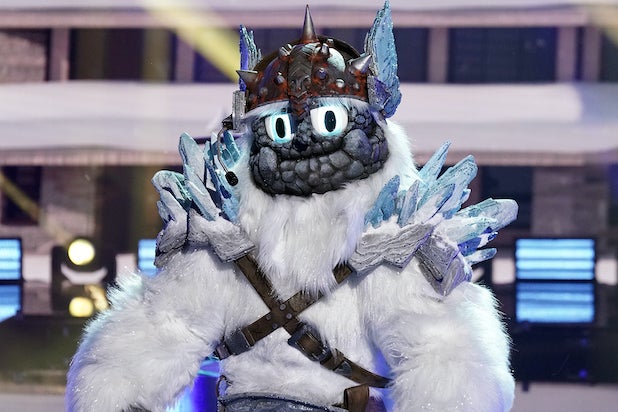 “The Masked Singer” held its Season 5 Group A finals last night, at the end of which fans knew which four contestants would be moving on to join Group B’s remaining competitors in the “Super 8” round. Of course they have no idea who those four contestants really are, especially because one of them is brand new to the competition: The Yeti.

Yes, Wednesday’s “Masked Singer” included the introduction of the season’s fourth and final “Wildcard” competitor, this snowy monster, who ended up bumping Orca (revealed to be Sugar Ray singer Mark McGrath) out of the competition.

In his first performance in front of judges Jenny McCarthy, Ken Jeong, Robin Thicke and Nicole Scherzinger, and newly returned host Nick Cannon, Yeti sang New Edition’s “If It Isn’t Love.” And with just his first go on stage and a handful of clues, the judges — and “Masked Singer” fans on Twitter — have churned out these names as their top guesses as to Yeti’s identity: Ray J, Omarion, Justin Bieber, Taran Killam or Joey McIntyre.

Whoever Yeti is, he will go on with Group A’s Russian Doll, Seashell and Robopine (f.k.a. Porcupine) to duke it out with Group B’s Chameleon, Black Swan, Piglet and Crab in the “Super 8” round next week, as they all attempt to stay in the game long enough to win the coveted Golden Mask Trophy.

So far, unmasked contestants include Orca (Mark McGrath), Bulldog (who turned out to be “Masked Singer” host Nick Cannon, in an elaborate reveal that brought him back from his time off due to COVID-19), Grandpa Monster (Logan Paul), Raccoon (Danny Trejo), Phoenix (Caitlyn Jenner) and Snail (Kermit the Frog).

“The Masked Singer” airs Wednesdays at 8/7c on Fox.