Blob has been wowing The Masked Singer judges and ITV viewers alike so far in the series and tonight was no different. Taking to the stage to perform Pitbull smash Hotel Room, Blob had everyone on their feet. And while each judge was convinced they’d cracked the case of his real identity, it seems they couldn’t be further from the truth according to a number of fans who were quick to make their annoyance known.

After an overwhelming number of guesses from fans tipped Blob to be unmasked as comedian Lenny Henry, several took to Twitter to slam the judges for not guessing his name.

“How can the judges not recognise Lenny Henry’s voice??? #Blob #MaskedSingerUK,” one viewer tweeted.

A second echoed: “#MaskedSingerUK. The panel are pathetic – The Blob is obviously Lenny Henry.”

While a third added: “I honestly can’t believe that none of the judges on @MaskedSingerUK have said Blob is @LennyHenry – the song could not have given it away more – it seems 95 percent of the UK have better hearing and common sense than every one of them #MaskedSingerUK.” 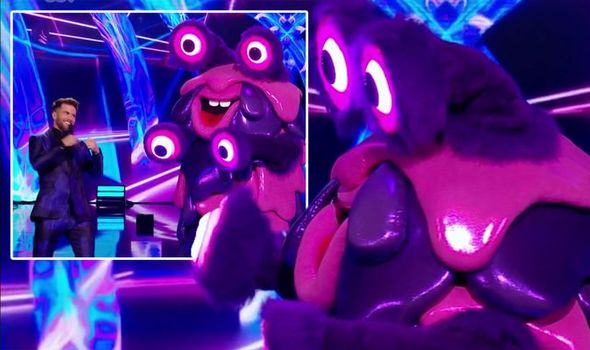