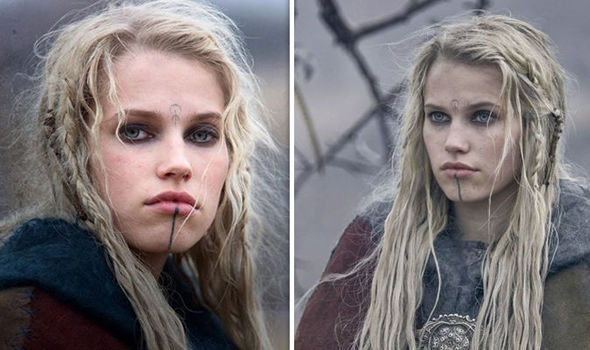 The Last Kingdom season three landed on Netflix on November 19, 2018. Series three brought with it the arrival of fortune-telling witch called Skade (played by Thea Sofie Loch Naess), who prophesied the death of King Alfred (David Dawson). The third outing of The Last Kingdom took its cue from Bernard Cornwell’s novels The Burning Land and Death of Kings, which features the character of Skade. The character of Skade is considered by many to be a witch, feared and admired in equal measure.

WARNING: This article contains spoilers from The Last Kingdom season 3

In the series, she channels her powers through the Danes and chooses a warrior whom she sleeps with in order to make her powers work.

The series starts off with her as Bloodhair/Sigurd’s (Ola Rapace) lover and helps him to reach victory.

However, after she encounters Uhtred (Alexander Dreymon) and he quickly defeats Bloodhair, Skade quickly sees him as her new champion.

The Last Kingdom is a historical series but doesn’t stick to what the accounts from this era, for instance, the central character of Uhtred is purely fictional.

WILL THERE BE ANOTHER SERIES OF THE LAST KINGDOM? 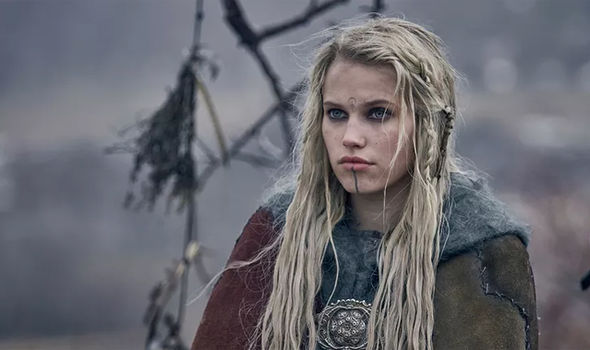 However, the show does feature real-life historical figures such as King Alfred (David Dawson) as well as his family and various members of his court.

Author Cornwell previously told The Guardian: “It’s about the origins of England, how these different kingdoms come together, and it is told through the eyes of this fictitious character, bringing in ideas of revenge, identity and quest, mixing that with real history.”

He continued: “People just don’t seem aware that England had to be made. If you were alive in 880 the word England would mean nothing.”

HOW TO WATCH THE LAST KINGDOM SEASON 3 ONLINE 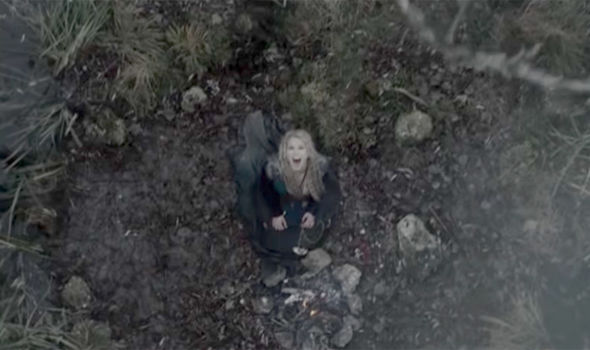 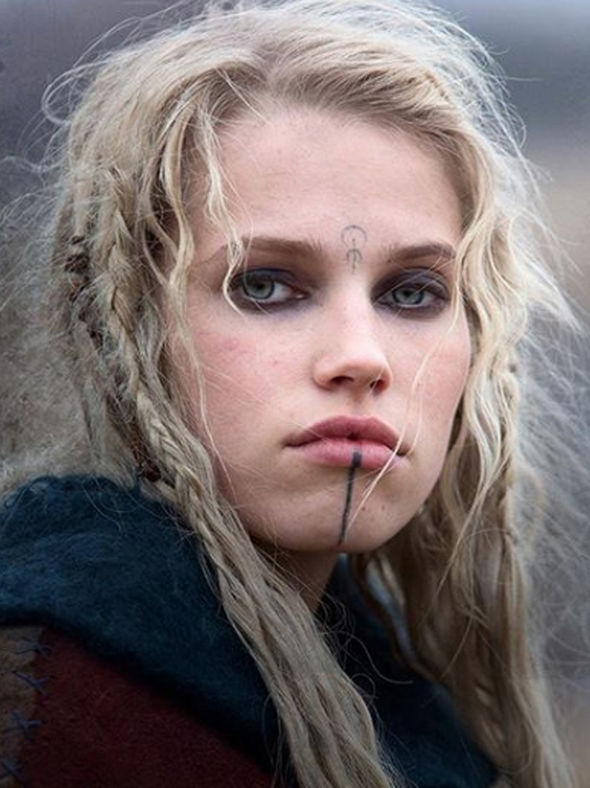 Was Skade from The Last Kingdom real?

Despite making quite an impact, it does not appear that Skade from The Last Kingdom is based on a real-life figure but she does fit into the context of the Viking and Norse era.

The name Skade also makes an appearance in Norse literature from the time. According to Norse Mythology A to Z by Kathleen N. Daly, Skade or Skadi is the wife of Njord, who was the god of the sea, fishermen and sailors.

Skade herself was the goddess of winter, skies and hunters – and is considered the deity of skiers.

She had an unhappy marriage to Njord because of their different temperaments and the locations of their homes with Skade preferring the desolate howling mountains to her husband’s sunshine and sea.

HOW MANY EPISODES ARE IN THE LAST KINGDOM SEASON 3?

In the end, Skade spent more time in the mountains as she skied among the slopes and hunted wolves and bears.

Generally, the place of seers in Norse society was an important one, so much so that there is a poem called Völuspá:The prophecy of the seeress by Elder Edda.

In the poem, an old man – who is Odin in disguise – is said to pay a visit to a female seer and learn about the future.

Meanwhile, according to the National Museum of Denmark’s website, there have been archaeological digs which have uncovered bodies of those thought to be seers.

In the graves, objects such as sticks and strange objects have been found that are not common to Viking burial sites.

The site states: “Seeresses had a high status in society. They were treated with great respect, when they came to help a household or settlement in distress.

“In the Saga of Erik the Red a seeress is described, who practices seid on behalf of the whole settlement. She comes accompanied by an entourage of young girls – the spirit helpers.

“The girls sing and invoke the spirits, who the seeress needs to make contact with.”

However, the introduction of Christianity saw the decline of seers with their function and standing in society waning.

By the Middle Ages, seers were considered to be dangerous witches and their Pagan traditions controlled and forbidden through laws.