“We haven’t seen her smile like that in maybe the entire season,” Hulu star tells TheWrap 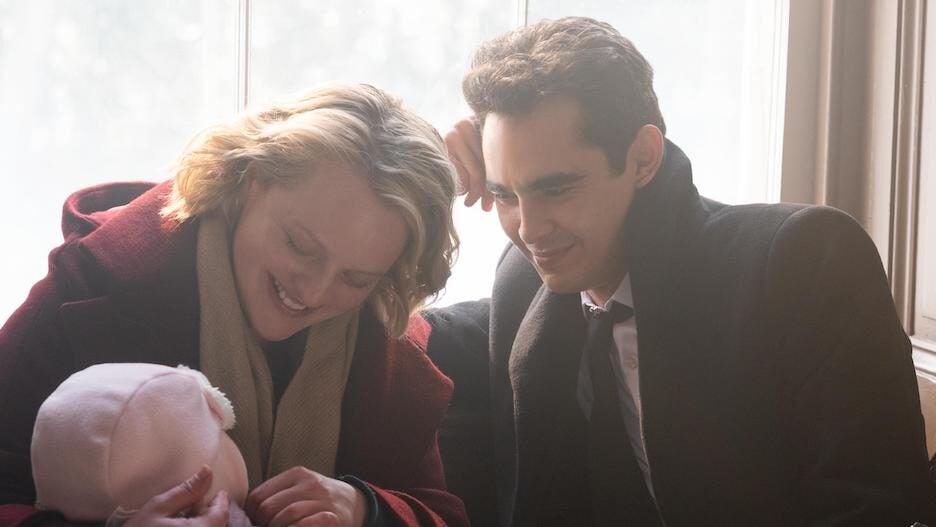 (Warning: This post contains spoilers for Episode 409 of “The Handmaid’s Tale.”)

The penultimate episode of “The Handmaid’s Tale” Season 4 featured a reunion that left June (Elisabeth Moss) bothhappier than she’s been in the previous seven episodes and wracked with guilt over that long-overdue good feeling.

The meetup was between June and her former lover and now-Gilead commander, Nick (Max Minghella), with their baby, Nichole, in tow. June agreed to arrange the reunion at the behest of her husband, Luke (O-T Fagbenle), who insisted it would be the only way to glean information about where their daughter, Hannah, is in Gilead and how to bring her to safety with them in Canada.

But June was clearly apprehensive about seeing Nick again due to her lingering feelings for him, especially with their infant daughter there to bring them even closer — something Luke was counting on using as a bargaining chip to sway Nick to help them. 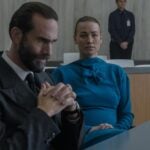 Moss, who directed the episode, told TheWrap that the intimate reunion — which took place at a vacant house close to Nick’s home in Gilead, while Canadian security stood by to protect June — was an incredibly emotional one for June, who broke down during her drive home.

“I think it’s pretty simple as far as, she’s in love with Nick,” Moss said. “When she turns around at that house, he says her name and she turns around and you see that smile on her face. We haven’t seen her smile like that in maybe the entire season. And the sun came out, by the way. The sun happened to come out in that shot and it was one of those glorious moments where you’re like, ah, thank you! But the way that she is with Nick is different than the way she is with anyone else. She’s softer. She’s herself. She loves him. I think it’s pretty simple.”

While June’s feelings for Nick might be simple and obvious, the way she feels about those romantic emotions certainly isn’t. 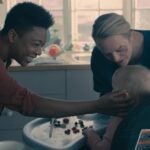 “There is also, of course, in the car, all of these other emotions, all these other feelings,” Moss said. “There’s guilt, there’s confusion, there’s ‘What do I do now?’ It’s very, very complicated. But the simplest part of it is that she loves him.”

Heading into next week’s season finale, Moss said Episode 9 was devoted to “old love versus new love,” and not just for the June-Nick-Luke love triangle.

“It’s about the different kinds of love. There’s Fred [Joseph Fiennes] and Serena [Yvonne Strahovski] and their sort of agreement, their shaking of hands that they’re going to keep this marriage up for appearances and their love for their child that is coming. Janine [Madeline Brewer] and Lydia [Ann Dowd], it’s about their love for each other. And then it’s about June’s love for Luke that exists because this is her husband, this is the man that she married, it’s the father of her child. There’s love there. But it’s also about this new love that she has with Nick.”

The Season 4 finale of “The Handmaid’s Tale” launches next Wednesday on Hulu.