The Handmaid’s Tale season three ended with Serena Joy being charged with having June Osbourne (played by Elisabeth Moss) raped by Nick Blaine (Max Minghella). Despite helping to hand over her husband Commander Waterford (Joseph Fiennes) to the Canadian authorities, she was told there was no way out of facing up to her own crimes. Serena Joy was devastated and fans know all she wants is to be a mother to baby Nichole – who was a result of June and Nick’s relationship.

Opening up about her character on The Handmaid’s Tale, Yvonne explained how there’s always an open dialogue about the characters between writers and the cast.

However, she noted there have been a few times when she’s clashed with showrunner Bruce Miller.

Yvonne explained: “The season are pretty much written but there is a lot of back and forth with all of us.

“From my part I try to meet up with Bruce and the writers to get an overall sense of the arc and then as the scripts are coming in, going over them thoroughly before shooting starts and raise any questions. 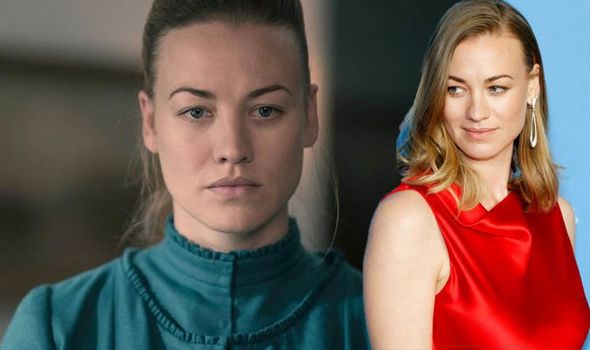 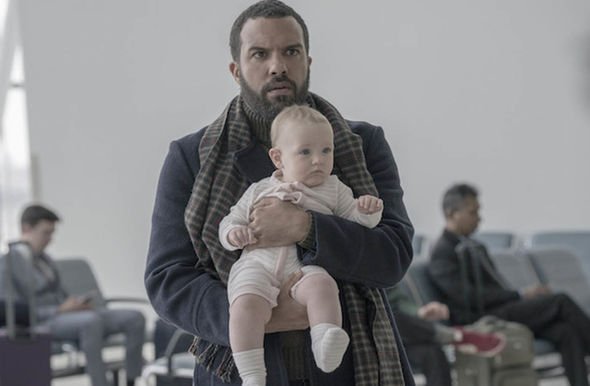 “That’s one of the great things about working on this show, it’s an open dialogue with the writers and all of us actors.”

Yvonne continued: “Any time there’s anything needs further discussion, we’re all working on it.”

However she added: “There’s been a few times something hasn’t felt right and it’s been changed or adapted into what we’re all intuitively feeling.

“I know it can kind of be a bit like at a crossroads. 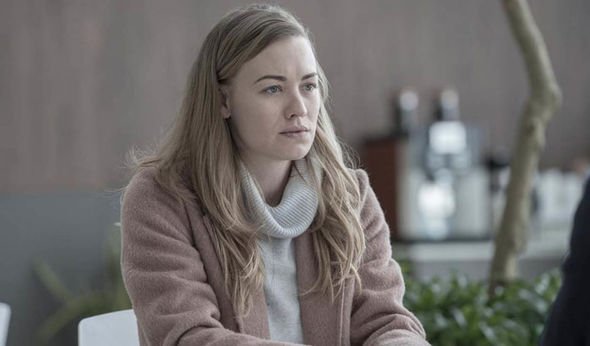 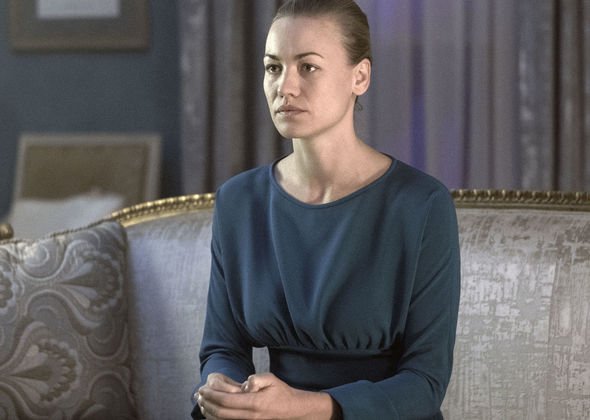 Speaking on a panel for Film Independent, Yvonne’s co-star Elisabeth added: “I think the actors on this show know their characters so well and they have such respect for them and such ownership over them.

“But you know, producers are saying, we need to see what Ann [Dowd] thinks, we have to see what Yvonne [Strahovski] thinks and have those conversations because there are going to be things that come up because they’re their characters now.

“I have always found them to be nothing but fruitful. It’s never like, ‘I wouldn’t do this.’”

There have been no clues as to what Serena Joy’s character may face in coming episodes but it’s like she will try to fight for her freedom.

Some fans have suggested she could be sent back to Gilead where she may tried for treason or sent to the Colonies.

However, it is more like Canada will make an example of her and husband Commander Waterford with neither of them seeing baby Nichole again.

Meanwhile, back own Gilead, June will be trying her best to recover from her gunshot wound so she can find daughter Hannah.

For the past three seasons, viewers have seen June desperately try to rescue her daughter only to face a setback.

Hannah has been moved to another district away from June but with the handmaid likely to go underground, could she finally be given a chance to reunite with her daughter?

The Handmaid’s Tale seasons 1-3 are available to stream on Amazon Prime Video and Now TV now.