George Segal became America’s “Pops” as the wise and wisecracking grandfather on the ABC series The Goldbergs. When Segal died on March 23, two of his “grandsons” honored his memory, recalling Segal, who played Albert ‘‘Pops’’ Solomon as a beloved member of the family.

The Goldbergs producer and writer Adam F. Goldberg’s tribute included photos and a funny exchange he had with Segal about an idea for the show. “Today we lost a legend. It was a true honor being a small part of George Segal’s amazing legacy,” Goldberg tweeted. “By pure fate, I ended up casting the perfect person to play Pops. Just like my grandfather, George was a kid at heart with a magical spark. I think these memories say it all…” 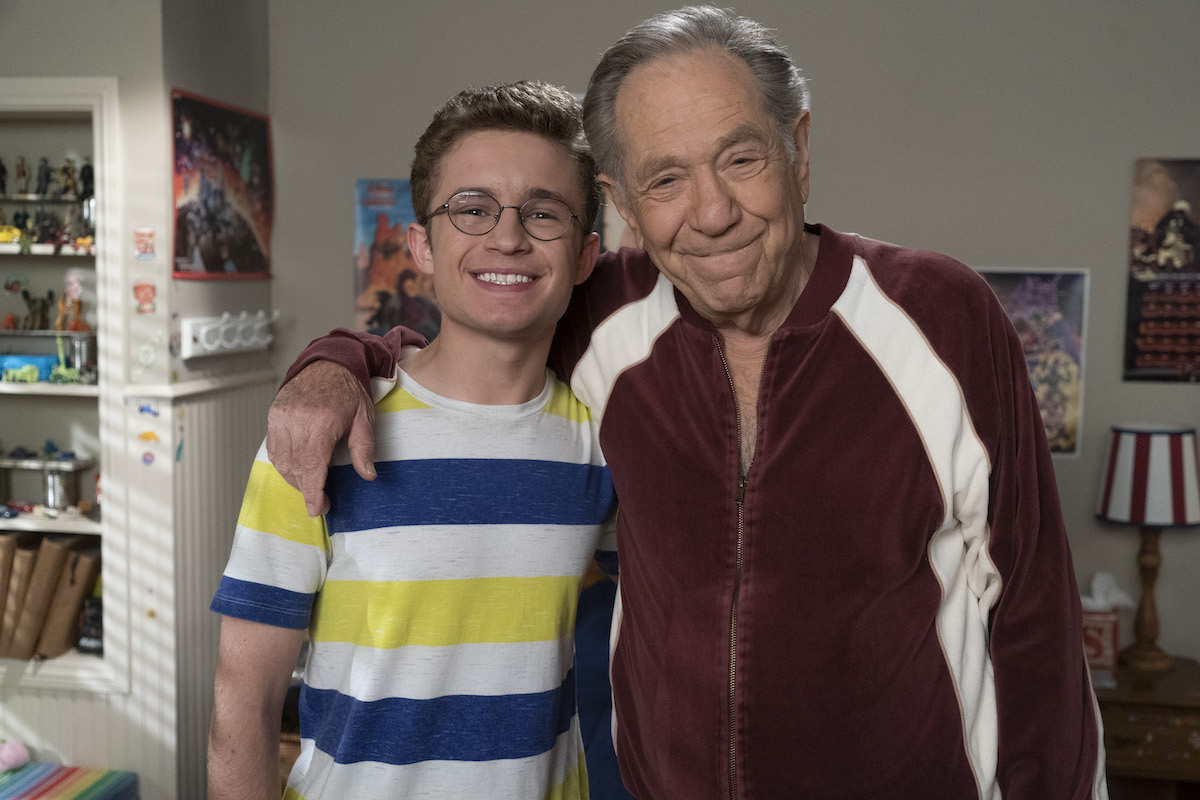 The Goldbergs actor Sean Giambrone, who plays Adam Goldberg on the series shared endless moments with Segal on set. The grandfather-grandson were portrayed more like best friends and the chemistry between the actors was apparent.

Giambrone tweeted that he’s lost a dear friend and a teacher. “My heart is broken. I lost a dear friend,” Giambrone wrote. “Working with George was an honor and some of the happiest moments of my life. What a sweet & wonderful man. He was my confidant & teacher. When he smiled it changed my day. I wish everyone could have met him. Prayers are with the family.”

George Segal was in love with ‘The Goldbergs’

The love was mutual as Segal talked about the sitcom to News.com in 2014. “I read the pilot and I started laughing, and the last time that had happened to me was Just Shoot Me,” Segal said. “That’s all I needed (to sign on). Writing funny is the hardest thing to do — getting people to laugh by constructing things (scenes and dialogue). For that, you need the best.”

“Sean, who plays the young Adam, is really easy to love,” Segal added. “It is easy to be his grandfather. I’ve never had the experience of representing a real family, and real grandfather, before.”

Segal also viewed his role in the series as a natural transition for an actor. “It’s always the same – lover to father to grandfather,” he observed while doing press in 2013. Adding, “And this has been a surprise to me, because since I started, television has really evolved, and so have the people doing it. These guys are much more together because you think about Just Shoot Me, we were all still learning. There had been Seinfeld but that’s about it. And now it’s really evolved. These guys can put a tight twenty-two minutes together.”

The Goldbergs is on Wednesday at 8/7c on ABC.