Time is running out for those wanting to catch-up on one of the most-talked about shows in the history of television.

Game of Thrones returns to TV screens in exactly a month’s time for its last hurrah. The eighth season, comprising of just six episodes, is set to be the show’s last (in its current iteration, at least). 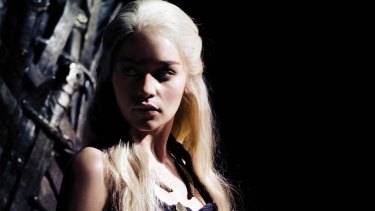 There’s just one month until Game of Thrones returns. Credit:HBO

HBO confirmed this week that the average length of an episode will skyrocket in season eight. While the first three episodes will clock in at around the hour mark, episode four will jump to 78 minutes.

Both the penultimate episode and the highly-anticipated finale – where the fate of everyone in Westeros will finally be revealed – will run for a staggering 80 minutes each.

That doesn’t mean diving into Game of Thrones’ back catalogue is comparatively easy. Whether to kickstart your memory or simply start from scratch, trawling through seven seasons of any TV show is a serious commitment (not to mention the risk of bedsores).

There are 67 episodes of Game of Thrones to date – the equivalent of more than two day’s screen time. For those who haven’t yet started, that means watching around 2.2 episodes of HBO’s fantasy blockbuster every day between now and season eight’s release-date in order to catch-up on every single episode.

In Australia, Game of Thrones airs on Foxtel. A basic Foxtel Now subscription will set customers back around $25 a month, making it the most economical way to brush-up on a decade’s worth of political (and literal) backstabbing.

Purchasing the Emmy-award winning series through iTunes is a much more expensive exercise. Purchasing all seven seasons in one go will set you back $149.99. If you have only missed a few seasons you can save some money by purchasing them individually. Seasons one and two are a comparative bargain at just $14.99 each.

For those who prefer hard-copies, revisiting Game of Thrones on DVD is the most expensive option. While buying a box set of all seven seasons is the most economical way to do this, it will still set you back around $160 to $200 depending on which retail outlet you go to.

Of course, a novel way to restart the memories of 2017's epic series is through a trip down memory lane via Karl Quinn’s brilliant recaps of the penultimate season.

We have saved you the trouble of digging through the depths of our digital archives and linked them all here for you (don't worry, they will open in a new tab so you can come back here for each episode).

Cynthia Bailey from The Real Housewives of Atlanta is in the middle of the drama this season. The former model has developed a friendship with…

SAINSBURY’S has changed the hours of its stores as the Government orders the public to stay at home due to the coronavirus outbreak. The supermarket…

TV star Jane McDonald took to Instagram today to make an announcement about her up-coming UK tour. The 56-year-old singer was expected to begin her…

Linda Lusardi has returned home after battling coronavirus in hospital, her husband has confirmed. The Dancing On Ice star first revealed almost a fortnight ago…

Succession actor Brian Cox, 73, says #MeToo-era women love it when he tells them to ‘F**k off’ As media mogul Logan Roy in the hit TV…