Tonight’s episode of the ITV show saw one of the cheekiest players ever take to the table. Retired secretary Sandra was not going to let her nerves take over and was ready to stand up to tonight’s Chaser, Darragh ‘The Menace’ Ennis. Taking on the challenge just after a very promising performance by the first contestant, when asked what she would do with her win, she remarked: “Count it.”

As she faced the Chaser after a respectable cash-builder of £5,000, Darragh quipped: “Well, it’s my job to make sure counting your money takes no time at all.”

Sandra replied: “Feel free to have a lie down halfway through.”

Deciding between a low offer of £1,000 and a high offer of £30,000, Sandra was going to go for the big money but changed her mind as her team wanted her back.

After picking the middle offer, Darragh remarked “Thought just for a second there you were going to go…,” but Sandra interrupted him.

“No, more than a second, I was determined to go [for the high offer]. If I had been fourth I would have gone for the big money,” Sandra interrupted as she butted into his critique of her decision-making.

Surprised by her overconfidence Darragh pulled a smirk and quickly moved on. 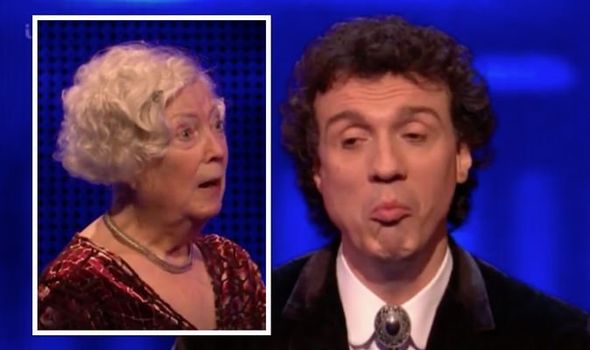