Jenelle and David walked out of court separately on Friday afternoon. David, for his part, looked pretty peeved as he was leaving the CPS hearing, but fans are left wondering exactly what had him so up in arms, and why his wife was nowhere in sight when he exited the building. Rumors are swirling again that Jenelle was given the option to regain custody of her two children if she decides to leave Eason in the dust, but the mother of three is having none of it. In fact, an insider alleges that Jenelle has turned down the option to visit Kaiser and it is all because of David Eason.

According to The Hollywood Gossip, Kaiser, 4, is now in the care of his father Nathan Griffith, but Jenelle’s former love isn’t trying to keep his son from her. In fact, Nathan has offered to let Jenelle visit with the 4-year-old under one condition – David doesn’t come along. 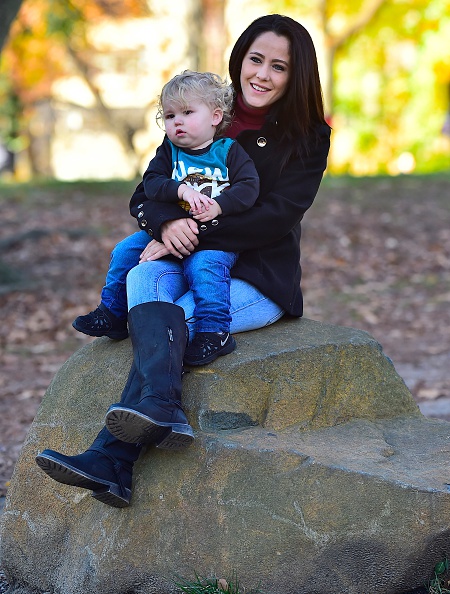 Jenelle has allegedly decided to forgo the visits and instead is speaking with Kaiser via Facetime. David and Jenelle had a supervised visit with all three children before their first court appointment. Their appointment was allegedly cut short when Eason made a scene. According to Radar Online, Maryssa, 11, David’s daughter from a previous relationship, left the face-to-face visit in tears. There is no word on what happened to cause the reaction.

Since regaining custody of his son, Nathan has taken to social media to keep fans updated on how Kaiser is doing. Several short videos and pictures have been posted over the last two weeks, and Kaiser is looking healthy and happy. Some opponents of Jenelle have pointed to the pictures as proof that Nathan should retain custody of the child, but there is another, albeit small, contingent that thinks Nathan’s social media activity is troubling.

Several fans have called into question his motivation. Theysurmise that Nathan is trying to rub Jenelle’s nose in the fact that he hasKaiser in his care, something Evans has been fighting against for well over ayear.

Ensley has had a change in her custody arrangement

Jenelle and David share one daughter. Ensley, 2, was initially placed in the care of David Eason’s mother. She was residing in the home, along with her half-sister Maryssa, for well over a week, but Radar Online is reporting that she has now been removed and placed, instead, with Barbara Evans.

#HappyBirthday Mom! Super glad we have reconnected and let’s keep it that way. The kids love you around. ?? @barbara0230

Barbara has had legal custody of Jenelle’s oldest son, Jace, 9, for several years. An inside source claims that Jenelle was working on getting Ensley and Kaiser placed with a friend instead of David’s mother. The judge didn’t go for it and instead moved Ensley into the care of Jenelle’s mother. Rumors have swirled that the mother-daughter duo is not currently on speaking terms. The silence is allegedly linked to Barbara’s refusal to let Jace see Jenelle when David is around. Maryssa remains in the care of her paternal grandmother.