TAYLOR Swift announced a TV concert special after she was forced to cancel all of her Lover shows amid the coronavirus pandemic.

The Taylor Swift City of Lover Concert will premiere May 17 at 10 p.m. EST on ABC. 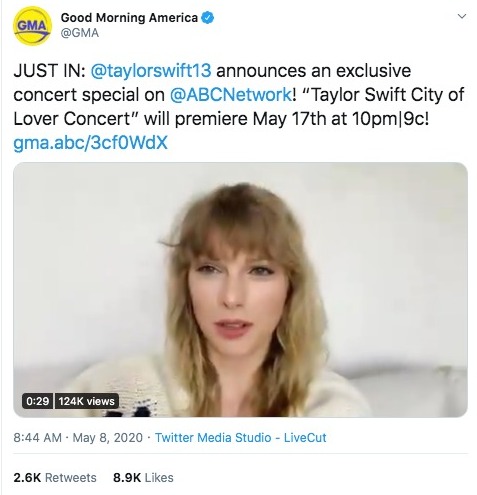 The 30-year-old singer revealed the amazing news during a Good Morning America segment on Friday.

She told the cameras: "So, I played this concert in September called the City of Lover Show. And it was in Paris, it was so much fun.

"It was actually a show that we put together just to celebrate the Lover album coming out and we filmed it.

"So that is going to be airing on ABC on May 17 and the next day, it'll be on Hulu and Disney + and I'm so excited about it."

Swifties – as Taylor's fans are known – were ecstatic to find out that the Look What You Made Me Do singer was airing the concert and sounded off on social media.

One fan replied to the announcement and wrote: "This is amazing! I think a lot of people need this right now, Taylor always knows how to deliver!

"Thank you so much for this!"

While another Swiftie tweeted: "I love you so much! Thank you for releasing this, I've been dying to see the footage …

"this will definitely be the highlight of this quarantine for me!" 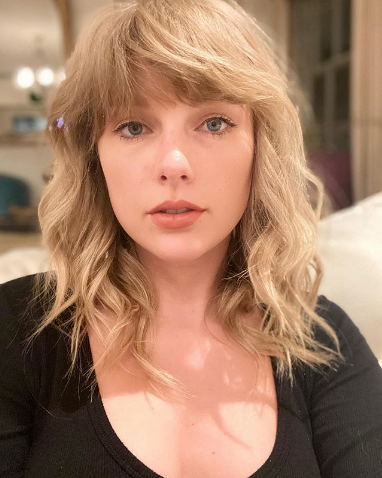 This is definitely a breath of fresh air for Swifties because just last month, Taylor was forced to cancel all live "appearances and performances this year".

She Tweeted: "I'm so sad I won't be able to see you guys in concert this year, but I know this is the right decision.

"Please, please stay healthy and safe. I’ll see you on stage as soon as I can but right now what’s important is committing to this quarantine, for the sake of all of us."

Her tweet also included a statement from her management team which read: "Fighting COVID-19 is an unprecedented challenge for our global community and the safety and wellbeing of fans should always be the top priority." 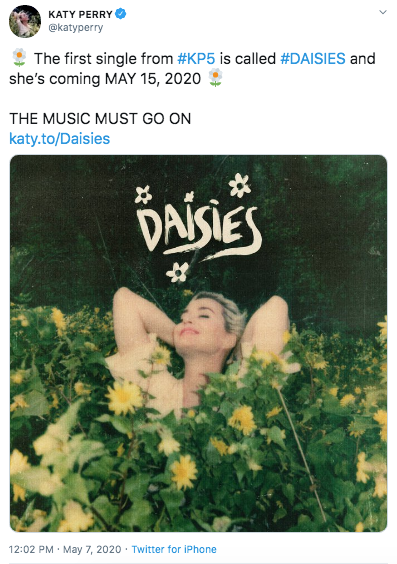 But fans won't go too long without new music from the singer-songwriter as they are convinced she will be releasing music with her former enemy, Katy Perry.
Katy, who’s pregnant with her and fiance Orlando Bloom’s first child, recently announced she was putting out a new song called Daisies next week on May 15.

She shared the track’s artwork, which features her in a field of flowers, on social media and said it’s going to be the first single off of her upcoming fifth studio album.

An hour later, Taylor, who only posts online every so often, shared a picture of herself sitting on a couch with a glass of white wine, while wearing a sweater with designs of daisies.

The singer has been known for dropping hints on social media about her upcoming projects, so of course, fans lost their minds.

Fans will just have to wait until May 15 to see if they were right.