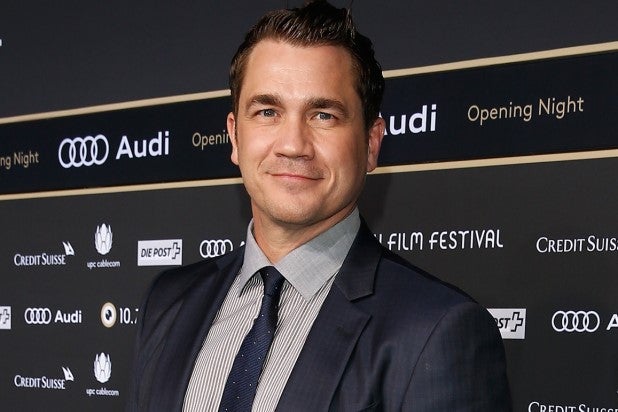 Tate Taylor’s “Breaking News in Yuba County” starring Allison Janney has been acquired by MGM’s Worldwide Distribution and Acquisitions, and the studio will release the film under the newly relaunched banner American International Pictures.

The AIP label will release “Breaking News in Yuba County,” the first under the banner, though MGM’s United Artists Releasing will handle the theatrical rollout. In the future, AIP will be reserved for limited and digital acquisitions, and all the films under the AIP banner will be overseen by MGM across all downstream media.

“Breaking News in Yuba County” is a crime drama and thriller that stars Janney as an overlooked pencil pusher who catches her husband cheating on her, only for him to die of a heart attack from the shock of being caught. She then buries her husband and passes him off as missing, reveling in the celebrity and attention of having a missing husband. But soon she gets over her head and has to evade cops, criminals and the prying eyes of both her half-sister (Kunis), a local news anchor and a relentless policewoman (Hall).

Taylor directed the film from a script by Amanda Idoko. Taylor also produced the film with AGC Studios, Jake Gyllenhaal and Riva Marker for their Nina Stories banner, Franklin Leonard’s The Black List and John Norris.

AIP formed in the mid-1950’s and was founded as an independent film production and distribution company known for its movies from Roger Corman and Alex Gordon.

“I’m very excited that audiences will have the chance to see the brilliant performances of our ensemble cast, led by the incomparable Alison Janney. This project was a true labor of love for all of us and we are delighted to be working with Sam Wollman and his team at AIP to get ‘Yuba’ out into the world,” Taylor said in a statement.

“Breaking News in Yuba County” was financed by AGC Studios in association with Ingenious Media and Fibonacci Films.

The deal was brokered on behalf of MGM by Sam Wollman, EVP of Worldwide Acquisitions & Film Sales, and AGC’s Stuart Ford and VP of Business and Legal Affairs Anant Tamirisa.