Susanna Reid and Piers Morgan have been fronting the popular show ‘Good Morning Britain’ since 2015. Despite the presenting partnership regularly bickering and moaning about one another on-air, it’s believed they care about one another a lot. An unearthed interview revealed that the ITV host held stronger feelings for the ‘Britain’s Got Talent’ star than she would have liked to admit – and even confessed to holding “underlying affection” for him.

The TV hosts had spent six months fronting the popular morning show, when Susanna disclosed her real thoughts about

Susanna told Radio Times in 2016: “It’s a love-hate relationship; we are destined to be together on air.

“No matter how many spats we have, there’s an underlying affection.”

She admitted that the controversial host was useful during discussions and interviews but she would never tell him because his ego would be blown out of proportion.

The former BBC Breakfast star added: “The trouble is, the more words I use like that, the more Piers goes, ‘You see? She couldn’t cope without me’.” 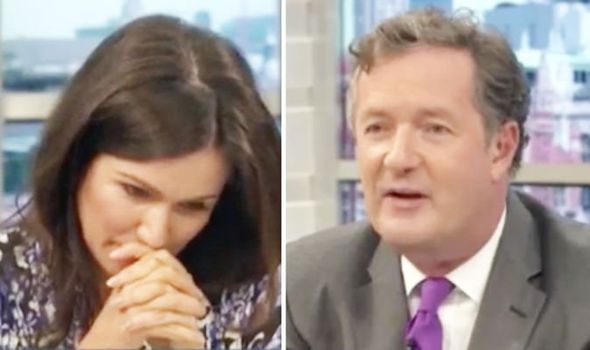 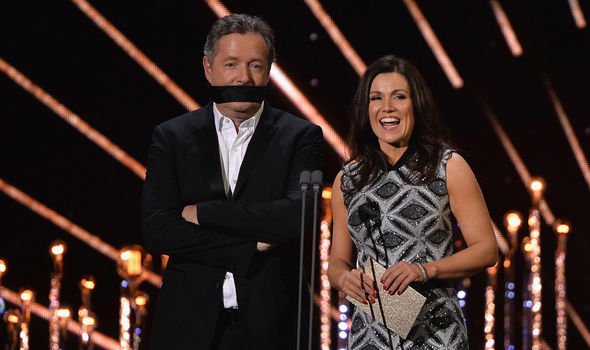 Piers read out her quotes about their chemistry during an episode of ‘Good Morning Britain’ in a clear attempt to make his co-host feel “awkward”.

She cringed and looked uncomfortable, as he said: “I’ve found the interview that Susanna’s given, quite extraordinary revelations.”

The star looked embarrassed and clasped her hands in a praying motion with her fingers nervously playing with her chin.

She looked down at her desk, as Piers continued: “Despite a spat here or there, Susanna recognised a compatibility between the pair – me and you – and spoke about their undeniable need for one another.” 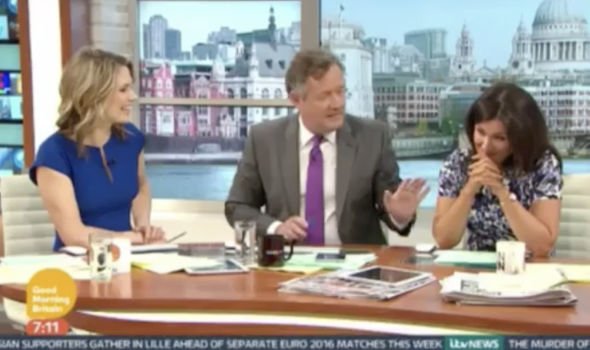 As she tried to interrupt him to break the tension and move on from that segment, he spoke over the top of her.

Susanna quipped: “Yeah but that was until you launched a hate campaign against hedgehogs!”

She referred to when Piers branded the spiny mammals “ugly”, which she did not agree with.

Susanna appeared to bite her fingers as her co-star tried to embarrass her even more.

He quipped: “I know, I know this is awkward for you, let’s just let that hang in the air.”