The presenters were discussing the news that men have started embracing "the 1970s tough guy look". 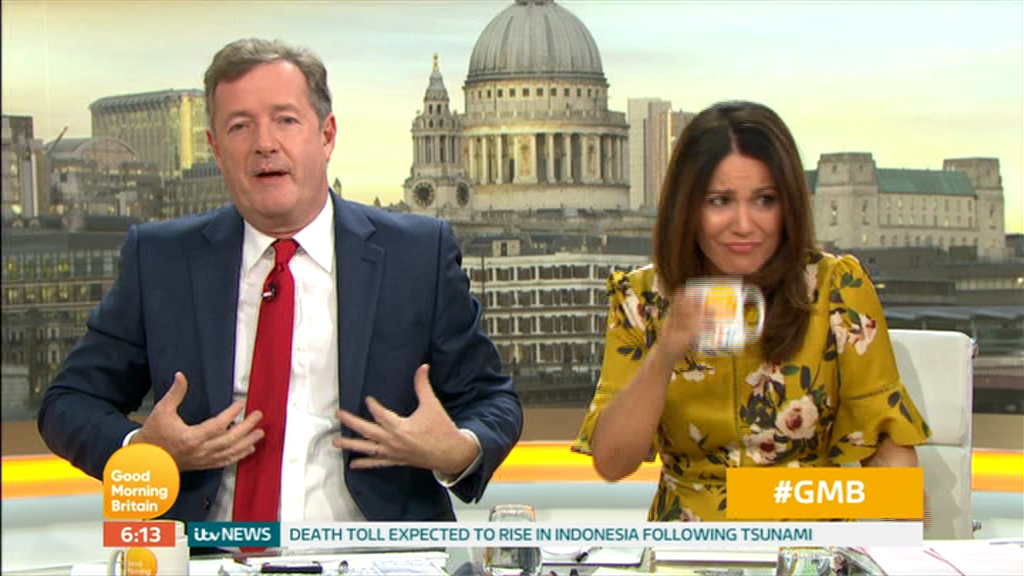 Susanna said: "So apparently 1970s men are back, but we're talking this morning about whether James Bond is really the villain of the piece.

"So we're kind of confused aren't we? Of what we want from men?"

Piers replied: "I'm not confused, women basically want men to stop having sex with them and stop being men.

"And they basically want them to just be little door mats." 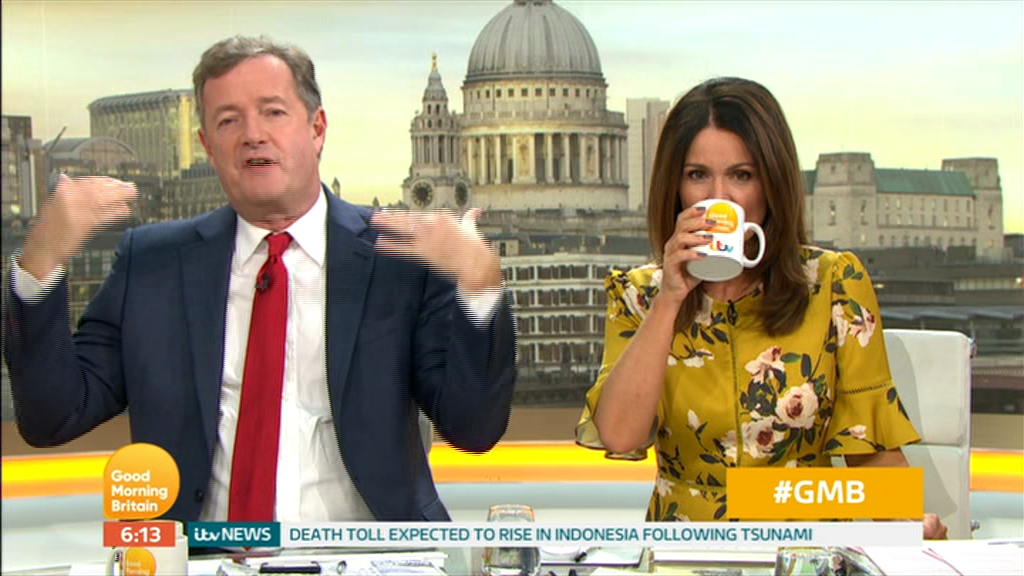 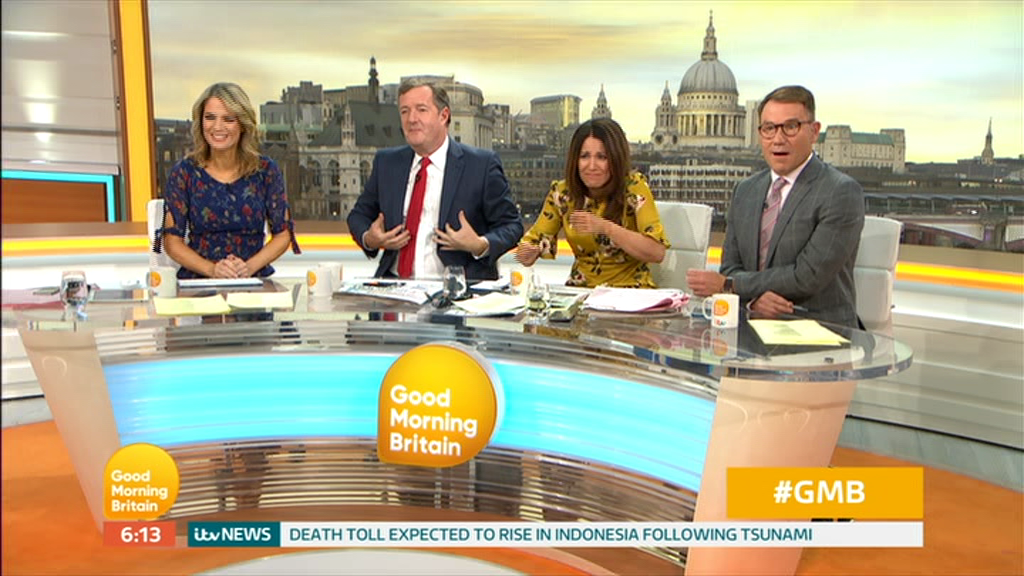 As Susanna rolled her eyes and picked up her mug for a drink, Piers ranted: "You know what I think the real problem was? When men began using those strap on things that they carry babies in."

As he said the words 'strap on', Susanna's eyes widened and almost spat out her brew.

While the crew laughed in the background, Piers said: "Not those strap on things, Susanna."

His co-host wiped her mouth and composed herself, uttering: "Oh my days."

She then told Piers the name of what he was describing was a papoose.

Piers said: "The moment that happened, it was the end. 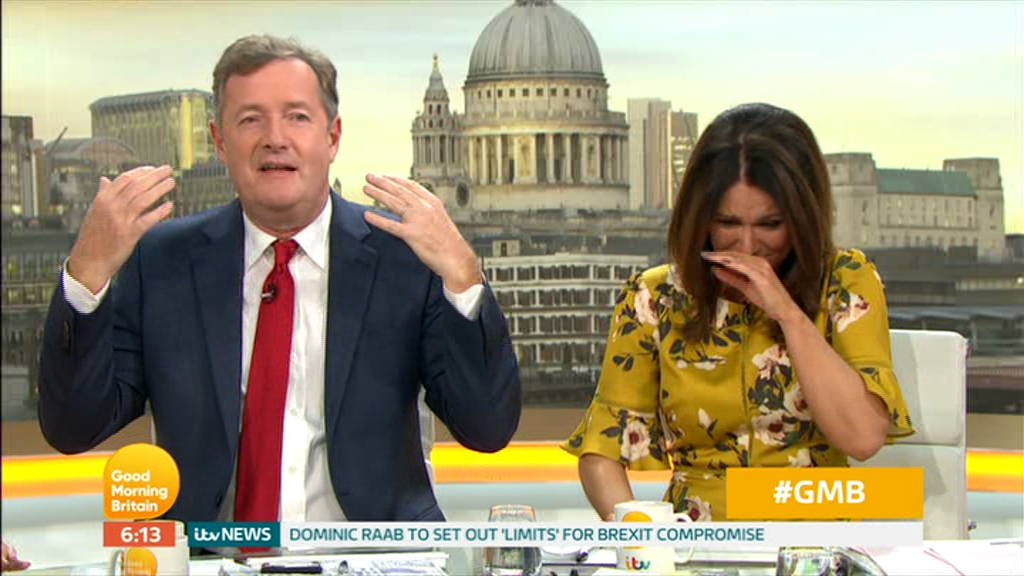 "When have you ever seen a man in a papoose and found him sexy? Never."

Susanna and co-star Charlotte Hawkins said this was not the case, and women loved to see a man looking after a baby, but Piers was having none of it.

He replied: "You would never catch me wearing a papoose."